AN enormous crocodile the height of three men has been caught by a group of fishers, but its whereabouts is a mystery.

The shocking picture of the huge croc hanging from a tree was posted on Facebook by a British mother. 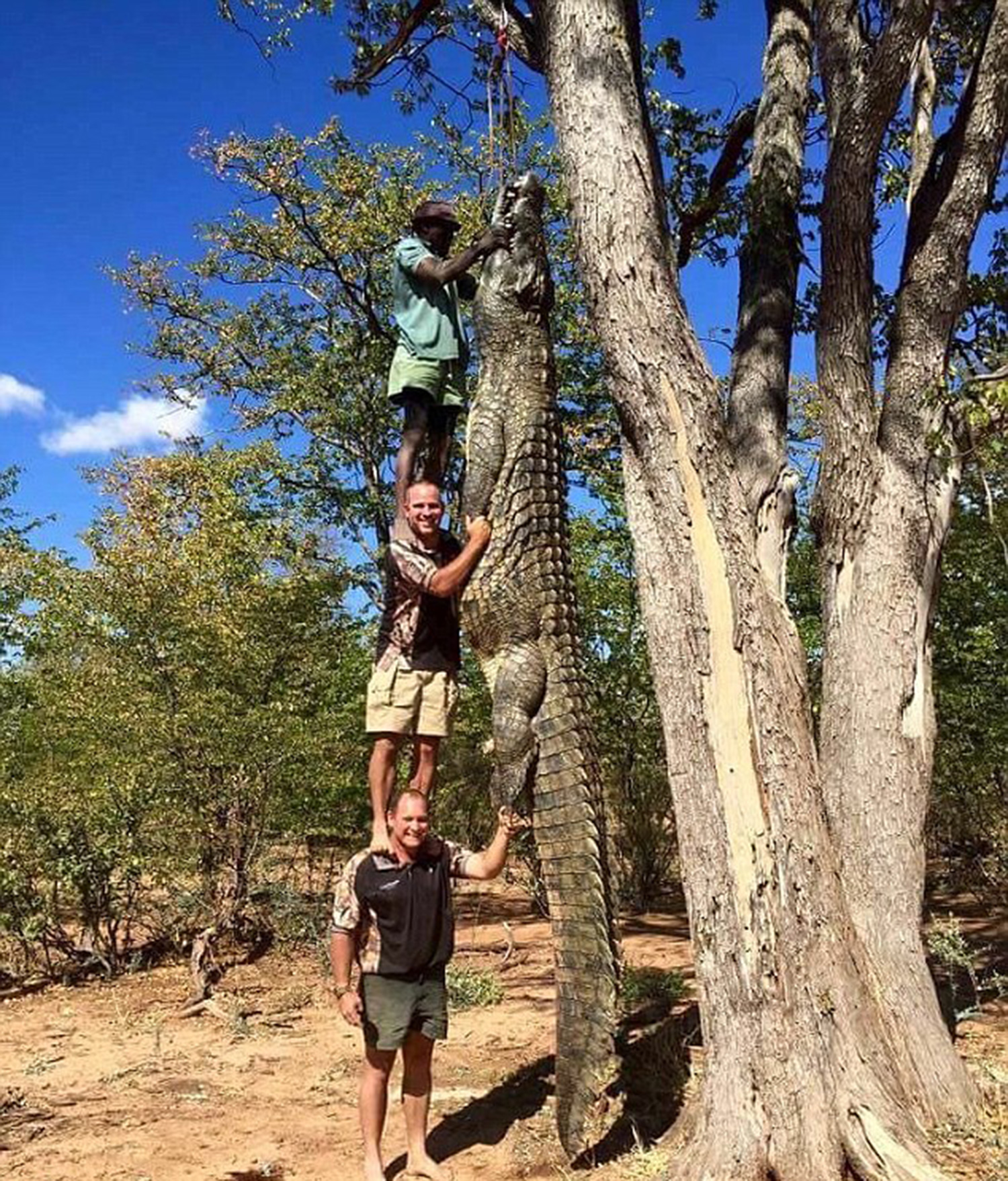 Three men stand on each other’s shoulders to show exactly how large the huge beast was.

Lynsey Clayton Saudan used the post to warn others about the dangers of the monster crocs. 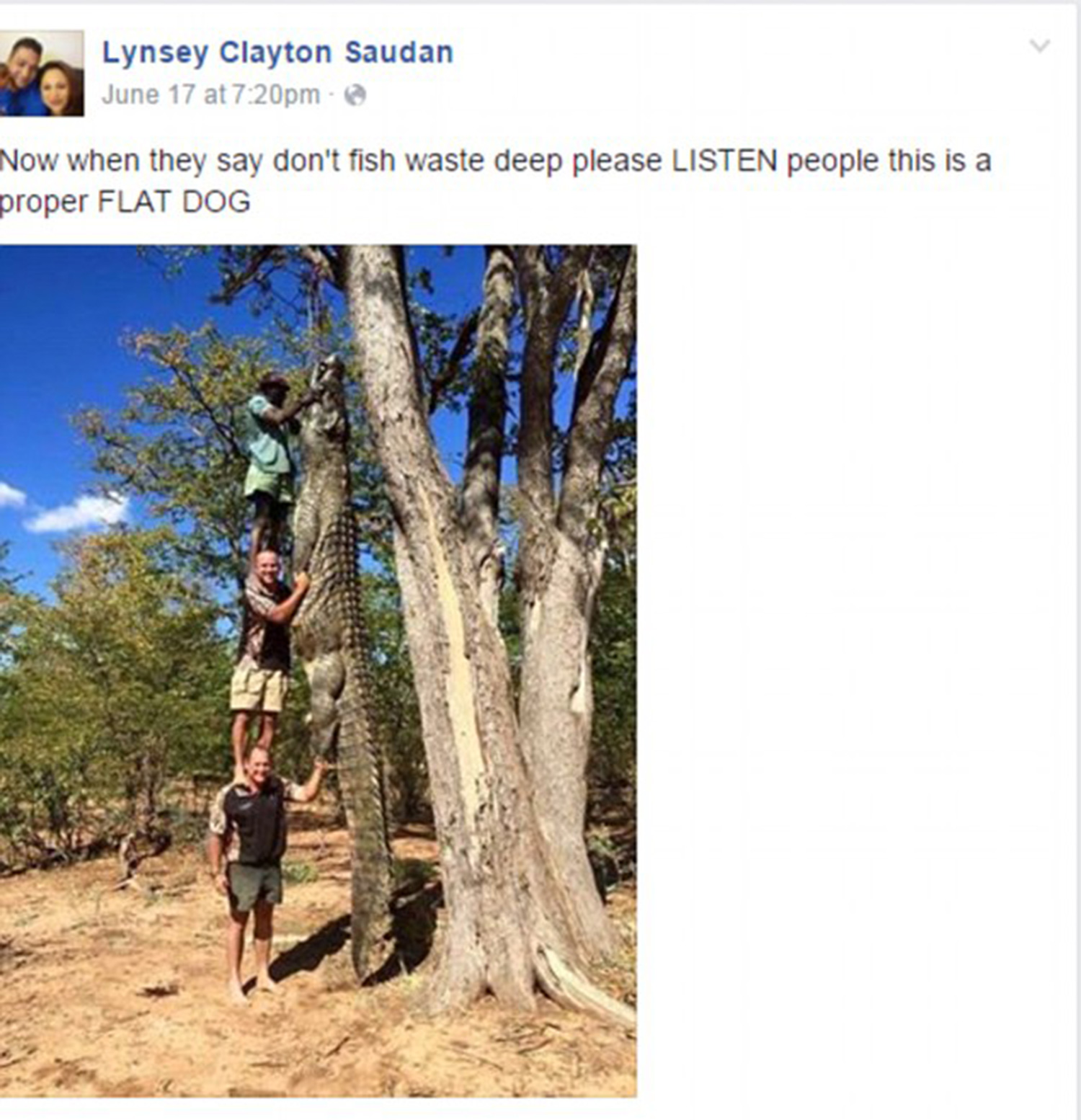 She posted: “Now when they say don’t fish waste (sic) deep please LISTEN people this is a proper FLAT DOG.”

The incredible picture has been shared over 12,000 times, but the question of where the picture was taken remains shrouded in mystery.

Many people who have seen the picture believe that the croc was caught in the Northern Territory or far north Queensland in Australia.

But the mum who posted the picture of the mighty crocodile is originally from Zimbabwe. 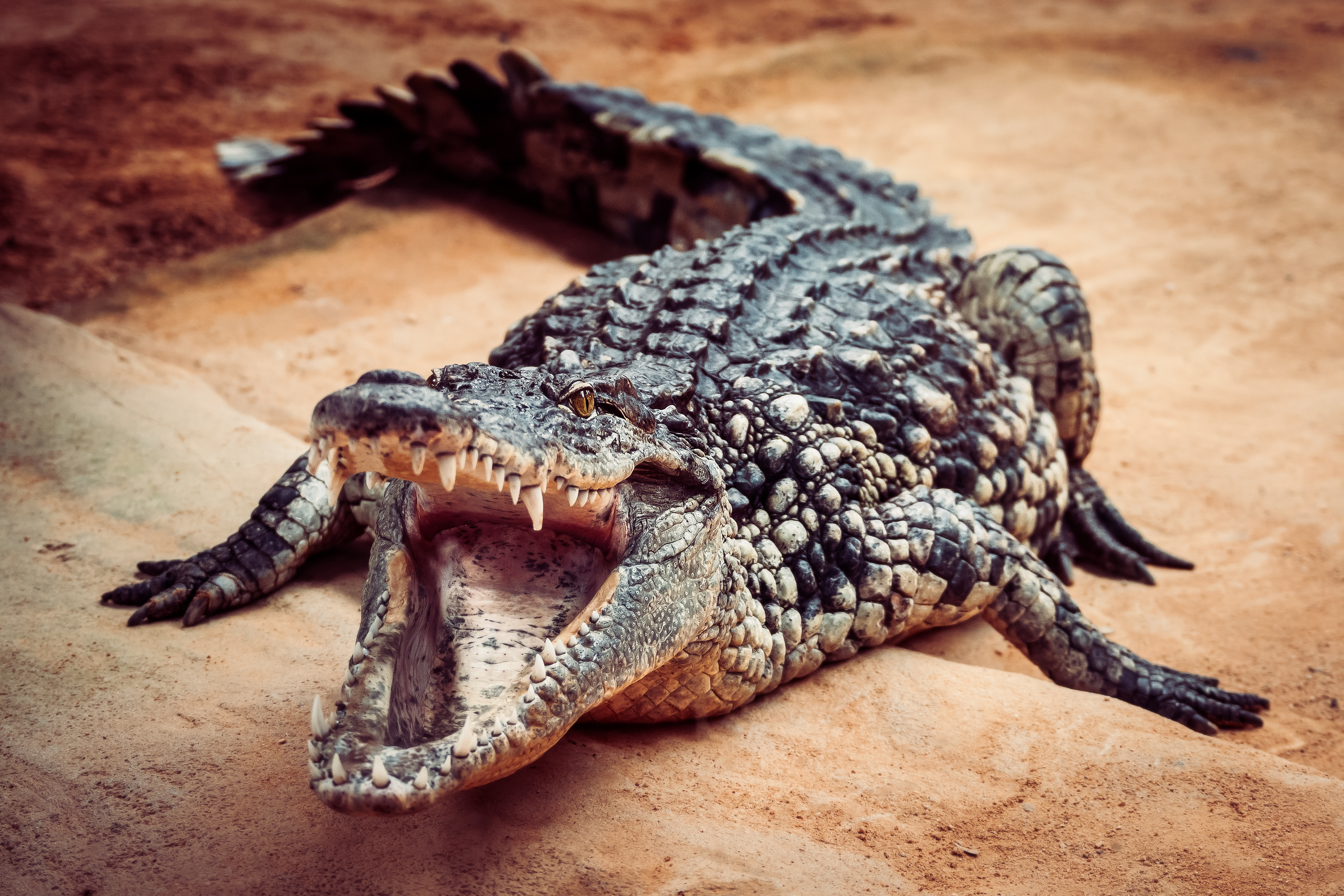 The word ‘flat dog’ is slang in Zimbabwe for a crocodile.

This has caused some speculators to say that she took the picture of the croc in Africa.

But until Saudan steps in to tell Facebook exactly where her picture was taken, speculation will rage on.