If you weren’t scared of scuba diving before, you might be after watching this video of a giant octopus trying to drag a man into the ocean.

It looks like a scene from a horror movie. And if you weren’t scared of scuba diving before, you might be after watching this video.

S̳h̳o̳t̳ while on a diving trip in Japan, footage shows the moment a diver from Mayak Gamov in Russia was grabbed by a giant octopus while exploring the Sea of Japan. 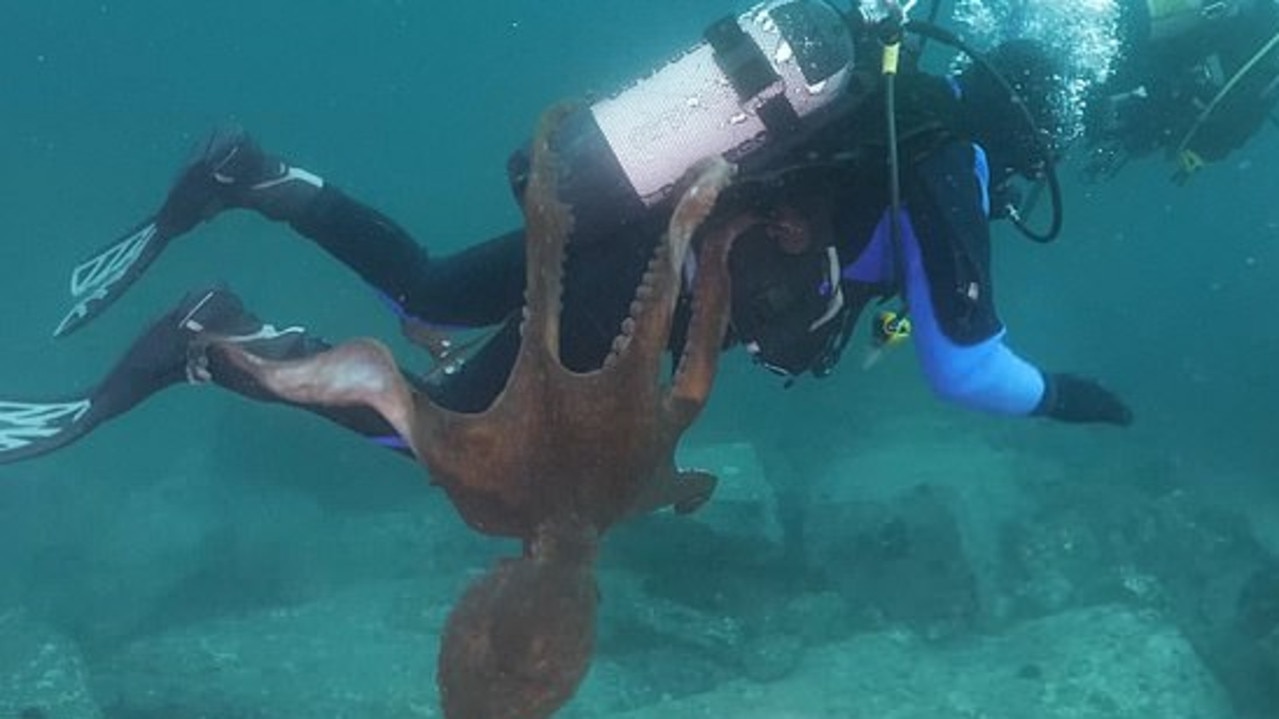 The man tries swimming away without hurting the creature. Picture: Newsflare

The giant animal swims up to the diver before latching onto his body for a few moments. Its giant tentacles grip around the diver’s body while trying to swim in a downwards motion towards the rocks below.

The footage, which was filmed on the Garrow Peninsula in Japan, appears to show the giant octopus getting ready to bite down on diver using its sharp beak, hidden where its mouth is.

After the diver managed to break away from the creature’s tentacles, the octopus then latches on to the man’s flipper before dropping down to the rocks below.

The octopus then changes colour to blend with the seabed, as it hides in the rocks following the attack. The octopus grabs the diver and tries to drag him deeper into the ocean. In a last attempt, the curious octopus grabs the diver’s flipper.

These giant octopus grow bigger and live longer than any other octopus species. The size record is held by a specimen that was 9.1 metres across and weighed more than 272kg.

CHECK OUT THE VIDEO OF MASSIVE OCTOPUS ATTACKS DIVER BELOW! 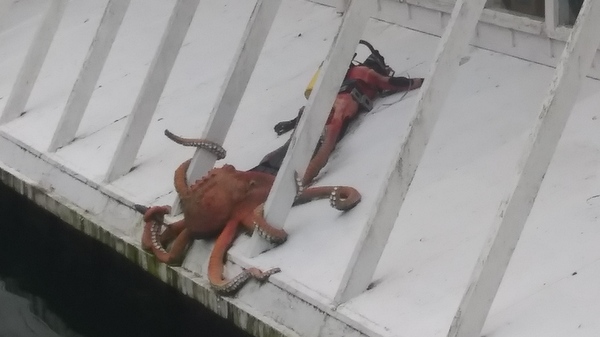 That’s not a diver being attacked by an octopus, it’s part of the signage for the Undersea Gardens in Newport Oregon and has been for as long as I can remember. On Tuesday I saw a headline that the attraction had closed. It didn’t seem like news — over the past few years I’ve seen a lot of stories that it was going to close or had closed. What was news was that they were offering free admission to the building for the next few days. 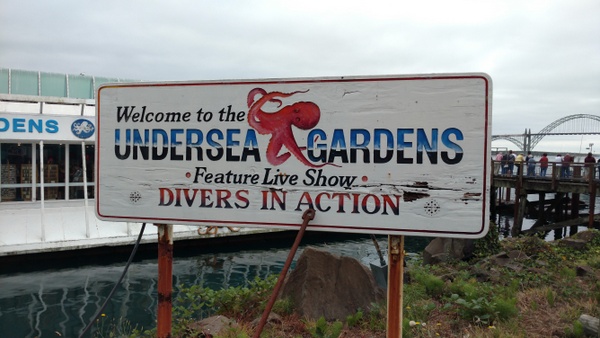 Twenty minutes later, the whole family was headed for the Oregon Coast. Even in its prime the Undersea Gardens wasn’t all that great, but we didn’t have any better plans for the afternoon.

You descend these stairs into the people-quarium, ten feet under the surface of the bay… 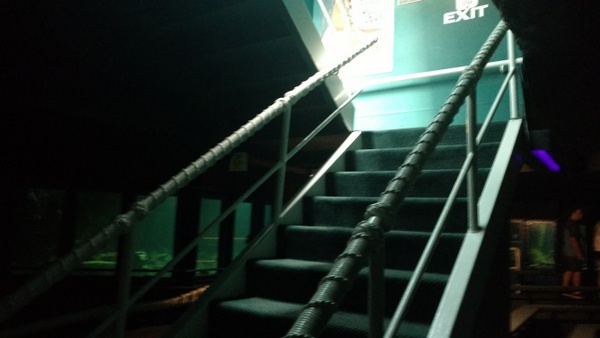 And then you look out these windows into what’s supposed to trick you into seeing what’s in the waters surrounding you. The illusion isn’t all that great, especially since they’ve added a bunch of concrete garden statues over the years.

Those illuminated pictures of the fish are the only informational signage so unless you already know what you’re looking at or attended one of the narrated dive shows, you’re out of luck. 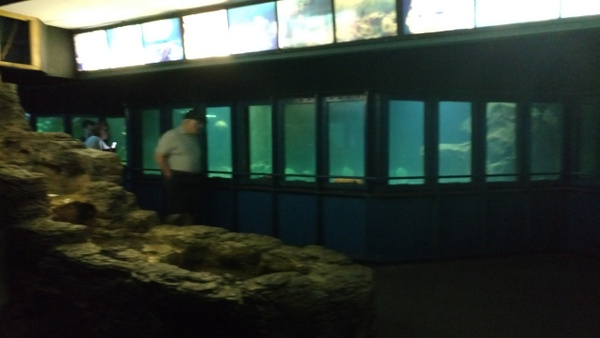 In the mid-60s, this was probably an educational experience. Today it pales in comparison with the Oregon Coast Aquarium or the Marine Science Center. From the outside, though, it looks absolutely amazing and I’m glad I got the chance to let the kids see what was under the surface — without spending almost a hundred bucks on the admission!