A tandem parasailor hovering just above the water surface of the Red Sea sustained injuries when a shark leaped out of the water and bit his foot in a bizarre attack in the Gulf of Aqaba.

The incident occurred last Friday off the Jordanian port city of Aqaba, as reported by the Daily Mail and The U.S. Sun.

The 37-year-old Jordan man, who wasn’t identified, was taken to Prince Hashem Military Hospital where he underwent an operation on his right foot. He lost part of the back of his foot and suffered severed tendons, torn muscles and broken bones. He was listed as stable.

The Sun tweeted video of the shark attack.

“The shark attack garnered a lot of media attention; truthfully, it scared a lot of people, but this is something that can take place anywhere,” Mohammad Qatawneh of the Aqaba International Diver Center told the Jordan News, according to the Daily Mail.

“I’ve been diving for 20 years and this is the first time I’ve heard of a shark attack.”

Mohammed Khalil Al Zabada of the College of Marine Sciences, told Gulf News, “Sharks are found in all the seas of the world, and in the Red Sea there are many types of sharks, but their presence in the Aqaba region is very rare.”

Meanwhile, Nayef Al Bakhit, head of the Aqaba Special Economic Zone Authority, announced that a committee was formed to investigate information circulating about citizens being attacked by a shark in Aqaba Friday evening.

“The committee will issue a detailed statement about what happened as soon as they complete the investigation,” Al Bakhit emphasized.

Regarding news about sharks attacking a boat, Bakhit said that ASEZA was not informed and no sharks were seen in the Gulf of Aqaba on Sunday, the day after the man was attacked. 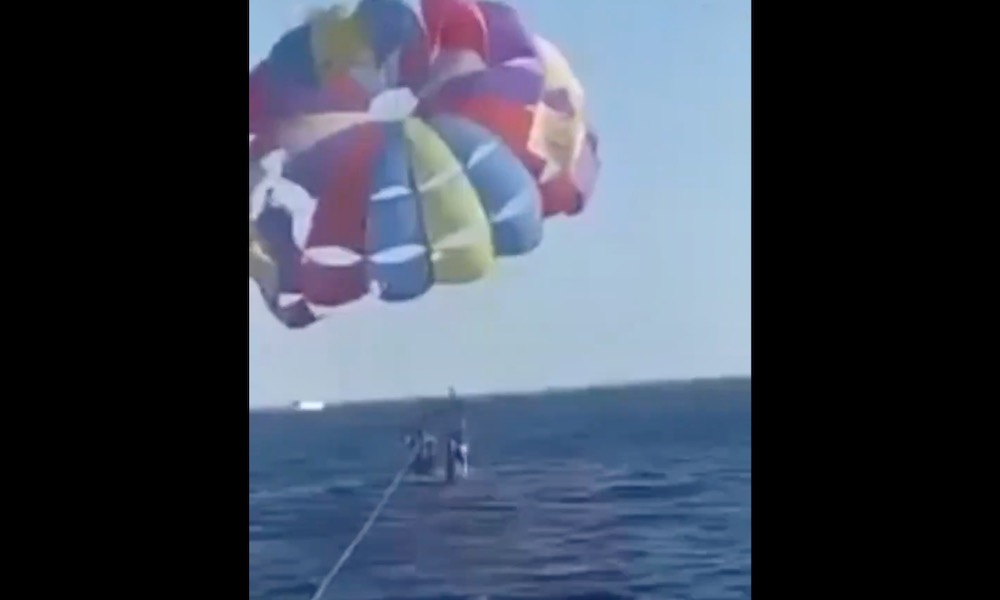 The Daily Mail reported that several people have been attacked by sharks in the Red Sea in the past year, though farther south, off the Egyptian coast.

It was not known what kind shark was involved in the attack on the parasailor.