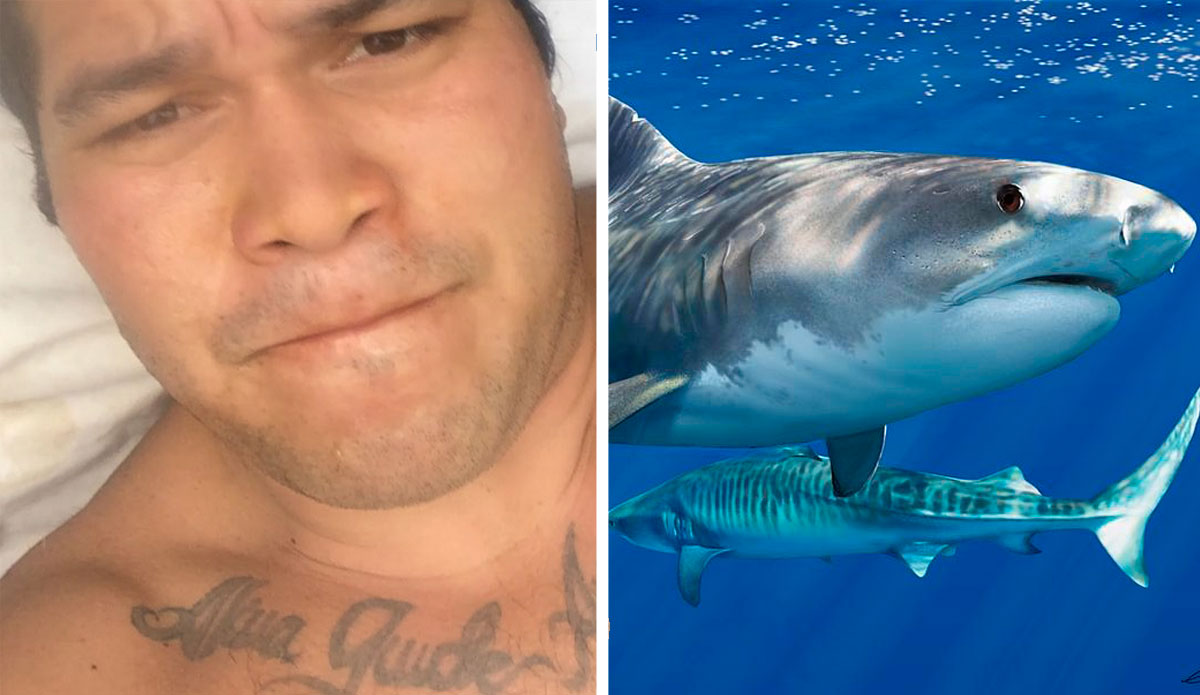 AKapaau man is left in serious condition after being bitten on the leg yesterday afternoon by a large tiger shark while spearfishing off the north shore of the Big Island of Hawaii.

According to Dan Dennison of the Department of Land and Natural Resources, The Kapaau man, who has been identified as 27-year-old John Braxton, was spearfishing about 60 yards off Upolu Point in North Kohala when a 13-foot tiger shark bit him on his leg. John was able to swim to shore, where he alerted his fishing partner, who assisted John and called 911.

He was able to swim back to shore and get help, and then actually filmed the giant gash on his leg (above)

HFD Battalion Chief Joseph Farias said that firefighters reached the victim near the 21-mile marker on Akoni Pule Highway. The man was in the back of a truck, en route to meet arriving firefighters.

Immediately following the attack, John decided to take a video on his phone, then posted it to Instagram (viewer discretion advised). Although, we can’t help but commend his tough-as-nails attitude and his ability to stay composed after nearly losing his leg. The Inertia is wishing John a speedy recovery. 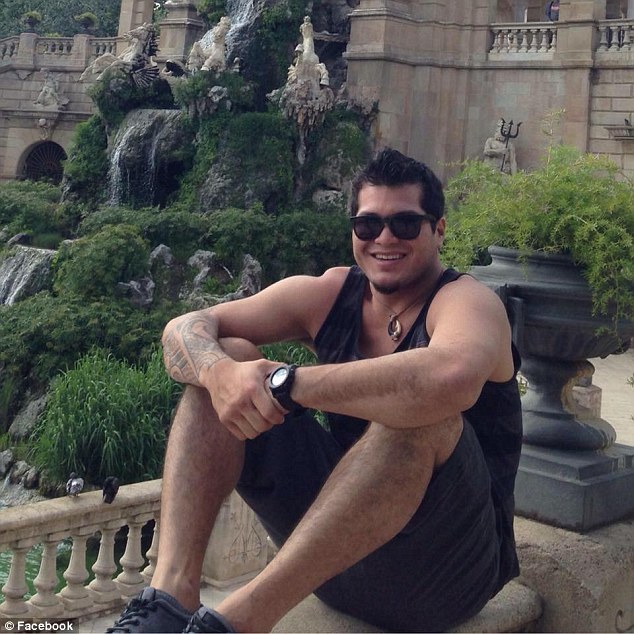 On the mend: Rocha (above) is doing better after surgery and should recover in a few days according to his mother

Hawaii News Now reports that Rocha was transported by a helicopter to North Hawaii Hospital where he had his injury treated.

The beach he was swimming off of was not closed to the public as it was an isolated incident and happened so far off the shore.

His mother Laurie later revealed that the surgery went well but that he son would need a few days to recover.

‘I just want to send out a huge MAHALO for all your prayers as Braxton goes through surgery and many days of recovery,’ wrote Laurie on Facebook according to The Sydney Morning Herald.

‘Doctor just came in, all is well. Good prognosis, just need to watch for infection. Love to all of you from Willy, myself and our family.’