The Covid pandemic has already turned life as we know it upside down – and no doubt prompted some people to want to leave the planet.

Now a leading scientist has warned that viruses may not only be found on Earth, but might occur – should life exist – elsewhere in the universe.

Prof Paul Davies, an astrobiologist, cosmologist and director of the Beyond Center for Fundamental Concepts in Science at Arizona State University, said that the idea of a̳l̳i̳e̳n̳s ranges from microbial life to super advanced civilisations that might be signalling to us. 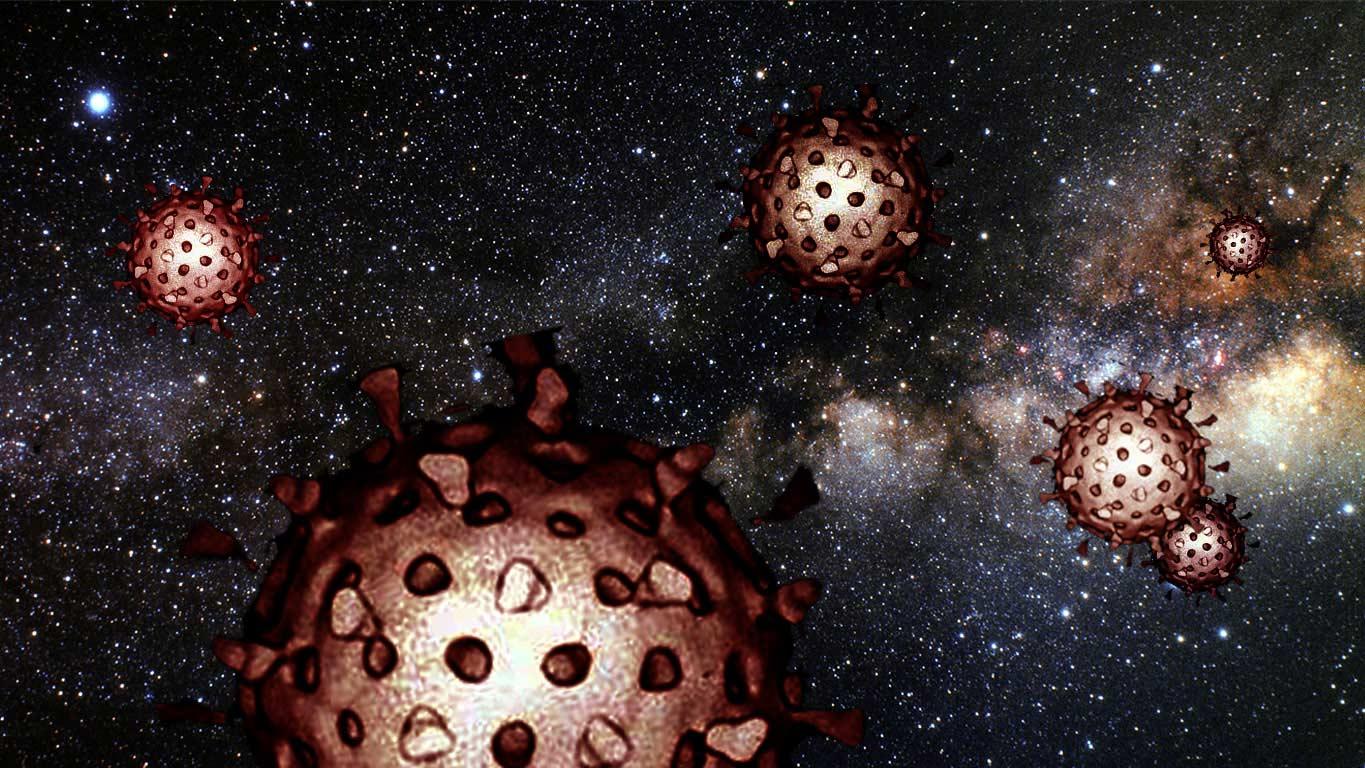 But Davies backed the idea that a wide range of microbes and other microscopic agents would probably be needed to support life as a whole, whatever form it takes. And it seems viruses – or something that performs a similar role – could be part of the equation.

“Viruses actually form part of the web of life,” said Davies. “I would expect that if you’ve got microbial life on another planet, you’re bound to have – if it’s going to be sustainable and sustained – the full complexity and robustness that will go with being able to exchange genetic information.”

Viruses, said Davies, can be thought of as mobile, genetic elements. Indeed, a number of studies have suggested genetic material from viruses has been incorporated into the genomes of humans and other animals by a process known as horizontal gene transfer.

“A friend of mine thinks most, but certainly a significant fraction, of the human genome is actually of viral origin,” said Davies, whose new book, What’s Eating the Universe?, was published last week. 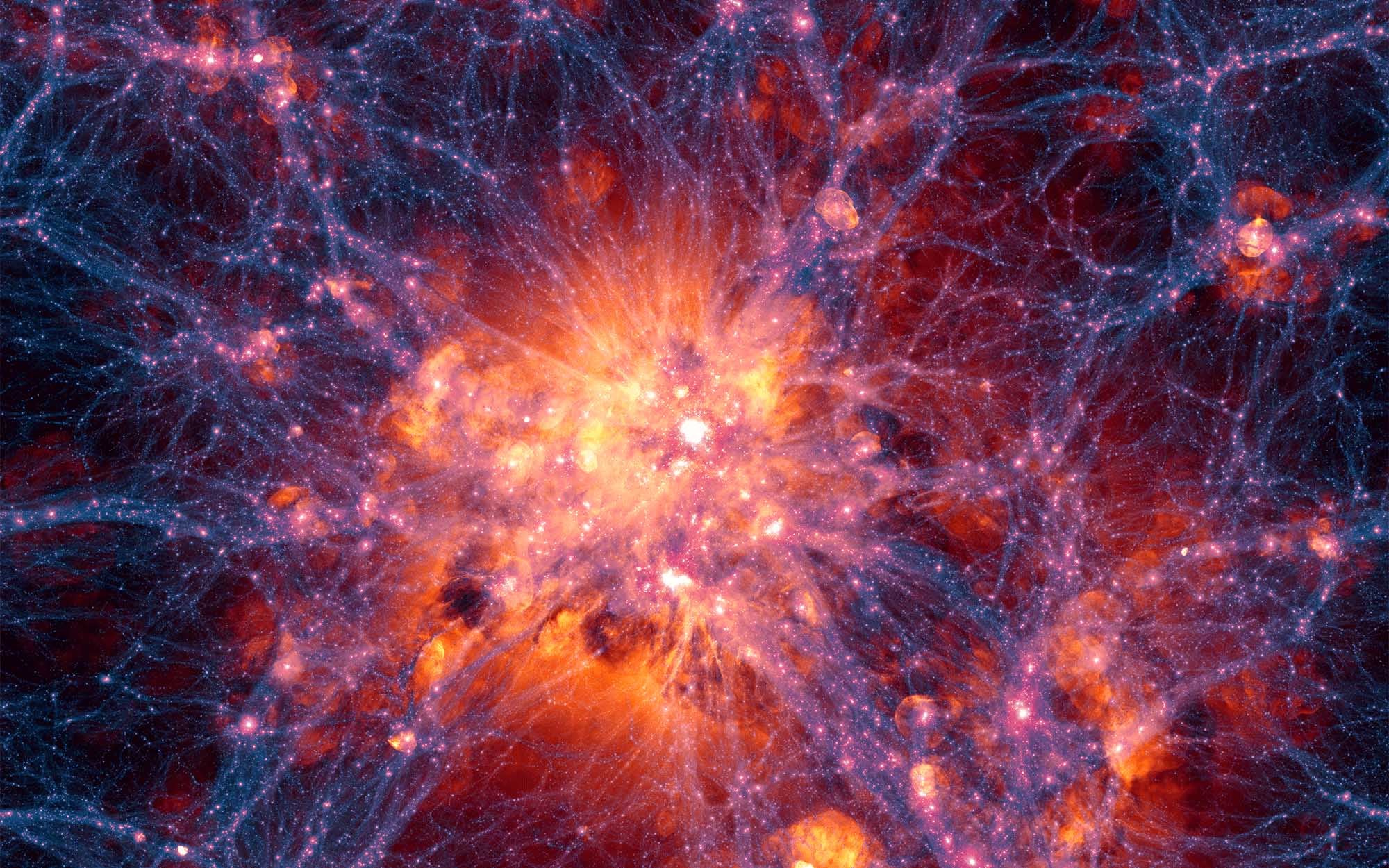 According to Davies, while the importance of microbes to life is well known, the role of viruses is less widely appreciated. But he said if there is cellular life on other worlds, viruses or something similar, would probably exist to transfer genetic information between them.

What’s more, he said, it is unlikely a̳l̳i̳e̳n̳ life would be homogenous.

“I don’t think it’s a matter that you go to some other planet, and there will just be you one type of microbe and it’s perfectly happy. I think it’s got to be a whole ecosystem,” he added.

While the thought of e̳x̳t̳r̳a̳t̳e̳r̳r̳e̳s̳t̳r̳i̳a̳l̳ viruses may seem alarming, Davies suggests there is no need for humans to panic.

“The dangerous viruses are those that are very closely adapted to their hosts,” he said. “If there is a truly a̳l̳i̳e̳n̳ virus, then chances are it wouldn’t be remotely dangerous.”

Davies’ comments come after a study, published in late August, suggested that signs of life may be detected beyond our solar system within two to three years.

But the need to consider entire ecosystems does not only apply when considering a̳l̳i̳e̳n̳ life.

Video Could Viruses Be Extraterrestrial?

Davies – whose conversation is peppered with nods to former colleagues and associates from Stephen Hawking to Fred Hoyle, the great if unconventional former director of the Institute of Astronomy at Cambridge University – said it is also important should humans attempt to colonise another planet.

“Most people think about, well, we would need to have very large spacecraft, and then sort of recycle things for the very long journey, and then all the technology you’d need to take,” he said.

“Actually, the toughest part of this problem is what would be the microbiology that you’d have to take – it’s no good just taking a few pigs and potatoes and things like that and hoping when you get to the other end it’ll all be wonderful and self sustainable.”

While Covid has left most of us with a dim view of viruses, Davies said they are not all bad. “In fact, mostly, they’re good,” he said.

Among their positive roles, viruses that infect bacteria – known as phages – can help keep bacterial populations in check, while viruses have also been linked to a host of other important processes, from helping plants survive in extremely hot soils to influencing biogeochemical cycles. And, as Davies notes, a significant fraction of the human genome may be remnants of A̳n̳c̳i̳e̳n̳t̳ viruses.

“We hear about the microbiome inside us, and there’s a planetary microbiome,” said Davies. But, he argues there is also a human and planetaryvirome, with viruses playing a fundamental role in nature.

“I think without viruses, there may be no sustained life on planet Earth,” he said.