Experts have confirmed that A̳n̳c̳i̳e̳n̳t̳ h̳u̳n̳t̳e̳r̳s̳ resided on Kotelny, off the coast of Yakutia, at 75°20’N 141°00’E, a remarkable 990 kilometres (615 miles) north of the Arctic Circle. Their butchering tools have been found alongside multiple bones of extinct woolly mammoths. 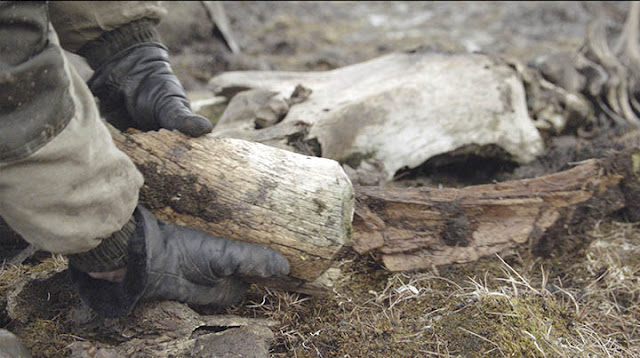 Scientists have restored 70% of the skeleton of one Palaeolithic mammoth on which these hardy people were feasting. “This is a unique event for the Arctic and world archaeology,” said Alexander Kandyba, senior researcher at the Stone Age Archaeology Department of the Institute of Archaeology and Ethnography, part of the Siberian Branch of Russian Academy of Sciences. 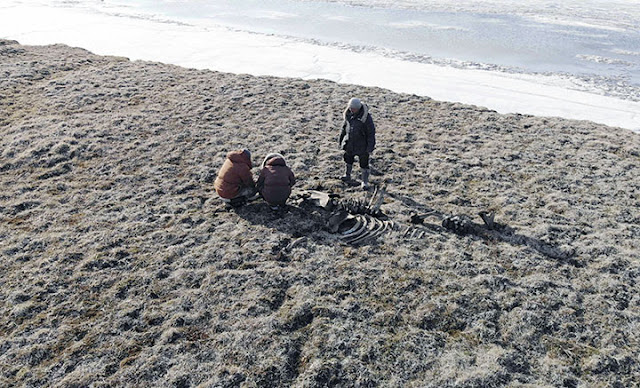 “The mammoth was butchered by people. A large number of processed bones and tusk fragments were found. There are linear cuts, traces of chopping blows on the vertebra. People used a wide range of tools for cutting. There is not a single bone that would be without traces of human impact.” 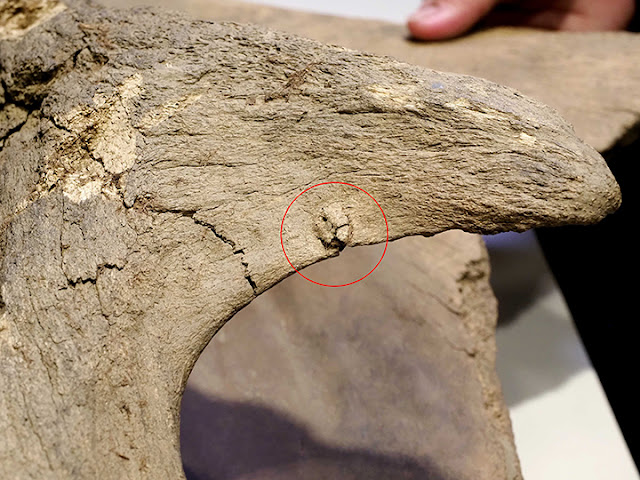 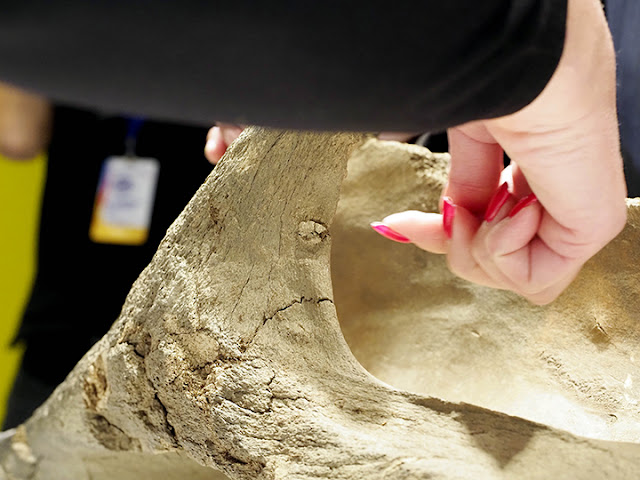 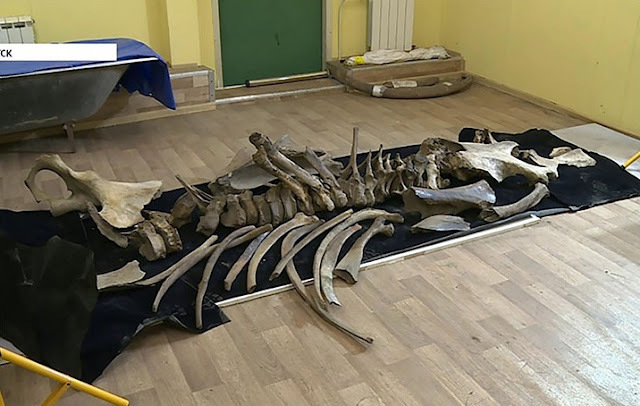 This northern outpost affords scientists an understanding not only that man had conquered such northern latitudes but how he existed. “We are talking about the northernmost human site in the Palaeolithic era”, he said. “In particular, we now know how they butchered a mammoth,” he added.

Dr Albert Protopopov, head of the department of mammoth fauna of the Academy of Sciences of Yakutia, said 70% of a newly found mammoth had been collected. A large number of tusk fragments were found, indicating processing of the animal’s remains. “At the moment, the Taba-Yuryakh site is the northernmost known place of human existence in the Palaeolithic era”, he reaffirmed. 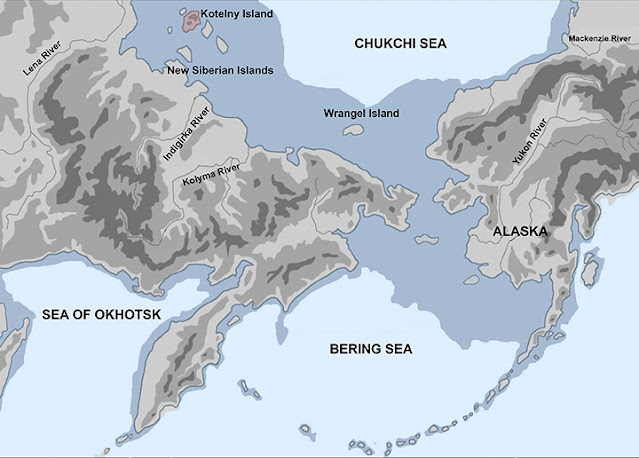 Kotelny is the largest of the islands of the Novosibirsk archipelago, washed by the Laptev Sea and the East Siberian Sea. Previous woolly mammoth remains have been found here. However, at the time these A̳n̳c̳i̳e̳n̳t̳ humans populated this outpost, it was joined to the mainland and the climate, while northerly, was milder than nowadays.

A full scientific journal report on the exciting new finds is being prepared which will include evidence of human settlement here. The discoveries came during a joint expedition this summer by the Academy of Sciences of Yakutia and the Institute of Archaeology and Ethnography in Novosibirsk.