With its gaping mouth, needle-sharp teeth, and slightly startled expression, the black sea devil anglerfish seems tailor-made for the spotlight. 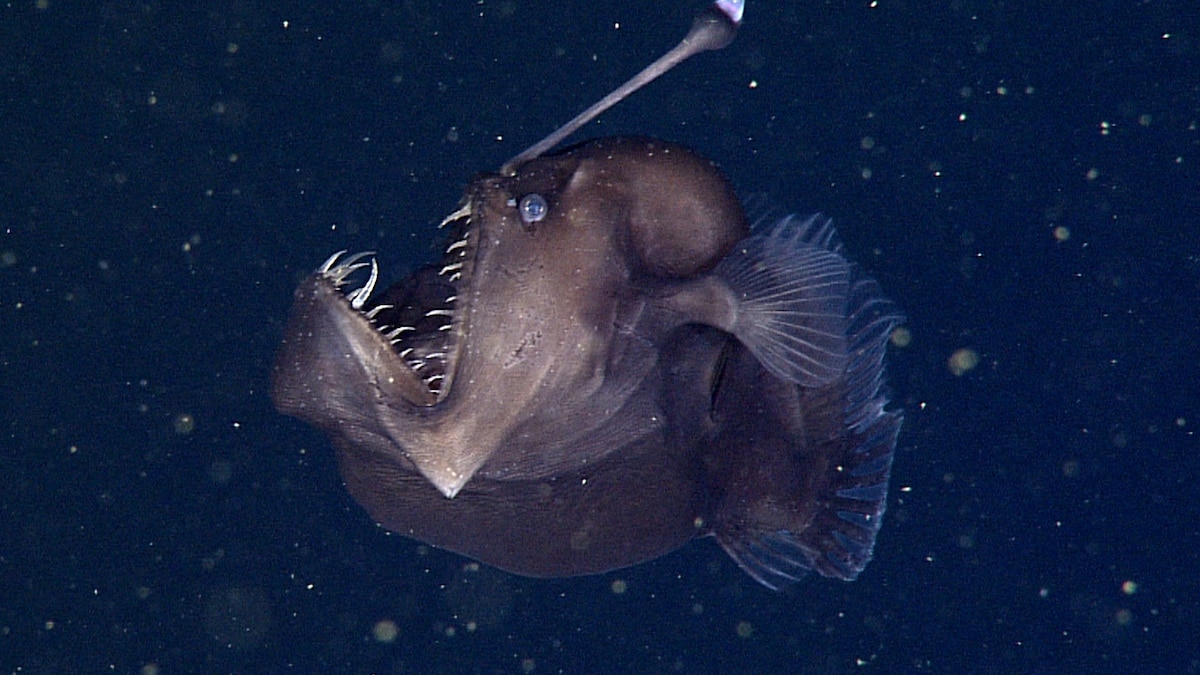 And in fact, one particular female got her close-up on November 17 when researchers got footage of this rare anglerfish—the first time this species has been filmed alive and in its natural habitat—off of central California.

A team using a remotely operated vehicle (ROV) in the Monterey Bay Canyon spied this 3.5-inch-long (9 centimeter) black sea devil about 1,900 feet (580 meters) deep. The scientists were then able to bring her up to the surface alive—no mean feat—and have been monitoring the fish ever since. 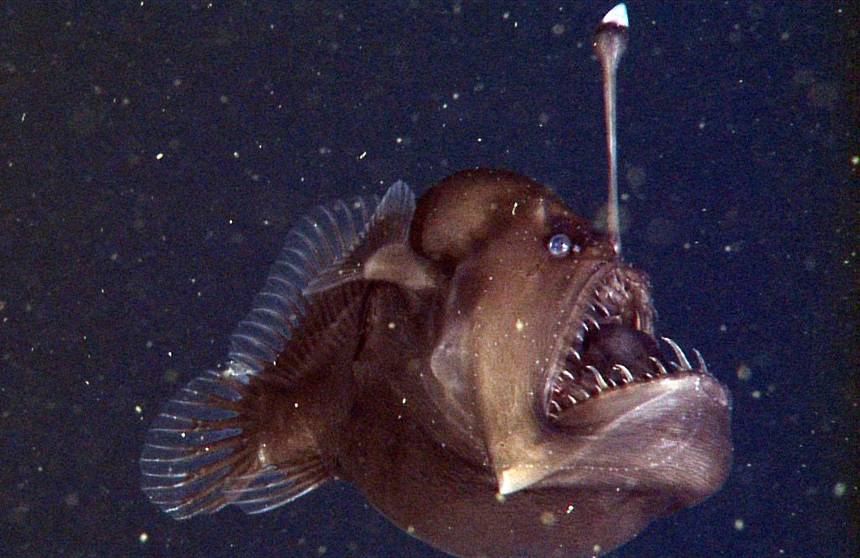 Bruce Robison, a deep-sea ecologist at the Monterey Bay Aquarium Research Institute, has brought up sea devils from the deep before, but never with an ROV. “It came up in absolutely perfect condition,” he says.

Having a living animal to study is telling scientists so much more than they could ever have gotten from the dead, preserved specimens floating around various research facilities, Robison explains.

“One of the first things that we got back from ichthyologists was astonishment at how [the fish] uses its dorsal fin to swim,” he says. “Nobody had ever seen that.”

The anglerfish also appeared to be breathing more than expected, given its build, Robison added.

Right now, this anglerfish lives in a special darkroom that looks more like a walk-in freezer than a sterile laboratory. But the insulated walls and lack of lighting simulate the dark, chilly habitat the black sea devil normally calls home.

Robison and colleagues are waiting for the fish to settle before studying it further.

Once she acclimates, Robison hopes to figure out whether sea devils can sense electromagnetic fields, as do sharks. Sea devils would be good candidates because they have such poor vision, the deep-sea ecologist says. (Related: “Sawfish Snout Has Sixth Sense, Splits Prey in Half.”)

The fish have a lure at the top of their head, and he’d also like to find out whether the fish continuously keep the light on, or if there’s a pattern to the illumination.

Very little is known about black sea devils, which belong to the genus Melanocetus. Scientists aren’t even sure how long they live.

Perhaps the fish’s most prominent feature—made famous in the Disney/Pixar movie Finding Nemo—is the lure. This modified fin glows at the tip, and the sea devil uses it to attract prey. (See more pictures of deep-sea creatures.)

This particular specimen had eaten a black dragonfish and what looked like a deep-sea smelt prior to capture, Robison says. She coughed up remnants of both when they put her in a tank on the research ship.

Sea devils are also known because the males are parasites. The females can grow to about the size of a baseball, but the males are much smaller and incapable of existing on their own for long, Robison says.

So the males have to find a female as soon as possible. “Once he finds her, he bites on and their tissues fuse,” he explains. The male provides sperm while the female sustains him.

The sea devil Robison captured didn’t have any attached males. But on other species of anglerfish with parasitic males, Robison has seen as many as 11 males hanging off of one female. (See pictures of other species of rare deep-sea anglerfish.)

Although many consider sea devils ugly and strange, these animals are amazingly adapted for their environment, Robison says. “I don’t think of it as being ugly at all.”