On the face of the 160-foot-tall, near-vertical Cingino Dam in northern Italy, mountain goats cling skillfully to the stones that jut out from the wall. In this video, the Alpine ibex (Capra ibex) slowly navigates the sheer dam, a feat that makes tightrope walking look easy. 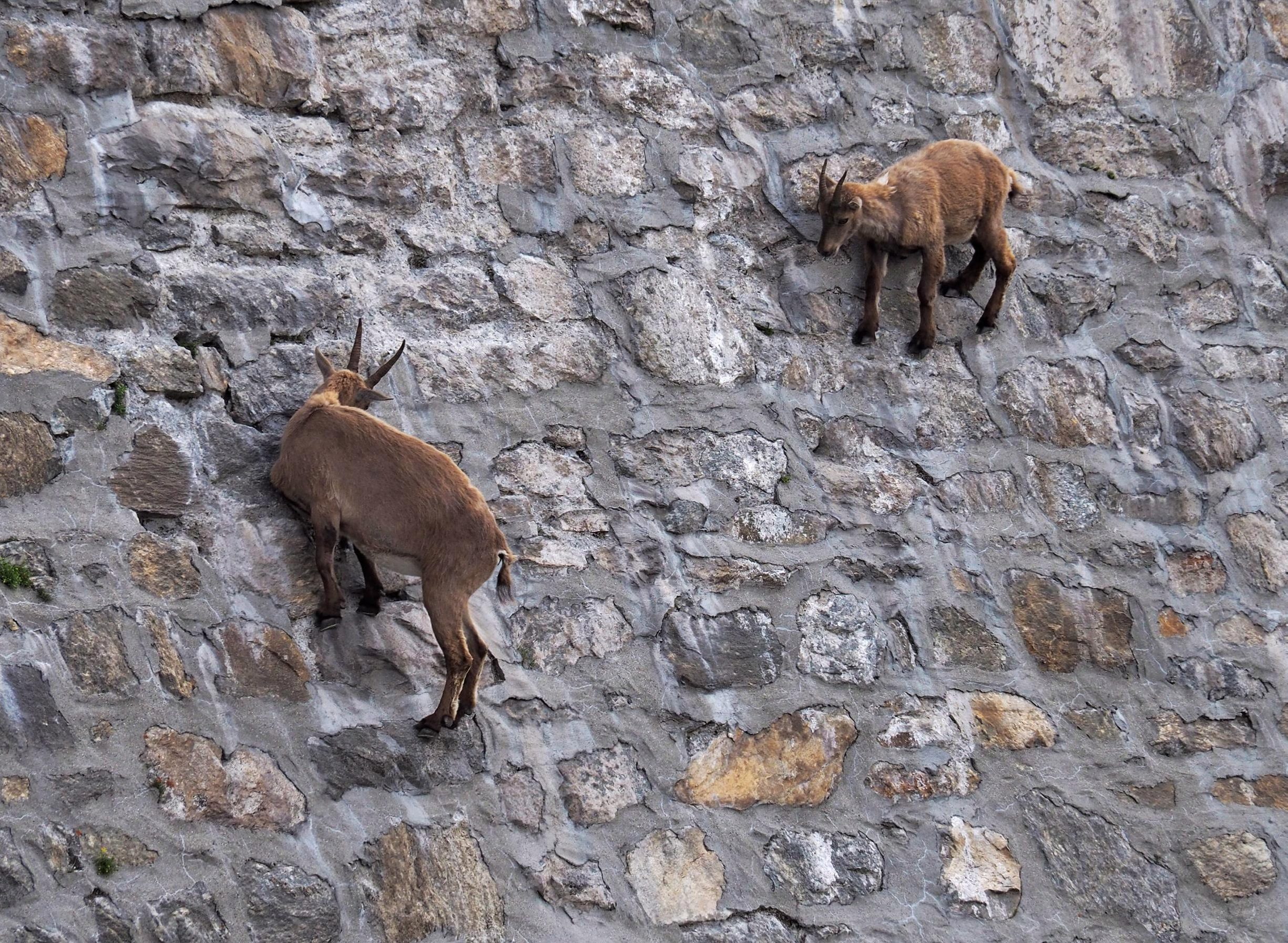 They slide, tiptoe, and gallop up and down the wall—and they are clever about their climbing. At the 1:17-mark, you can see one goat survey the dam before strategically inching down.

Why do the Alpine ibex perform this crazy climb? It’s all for a lick of salt.

Ignoring the steep angle, the goats walk across the dam to continue to lap up the minerals, which they need for nutrients in their vegetarian diet. Scientists also believe that some animals lick dirt and minerals because it neutralizes toxins they may ingest. 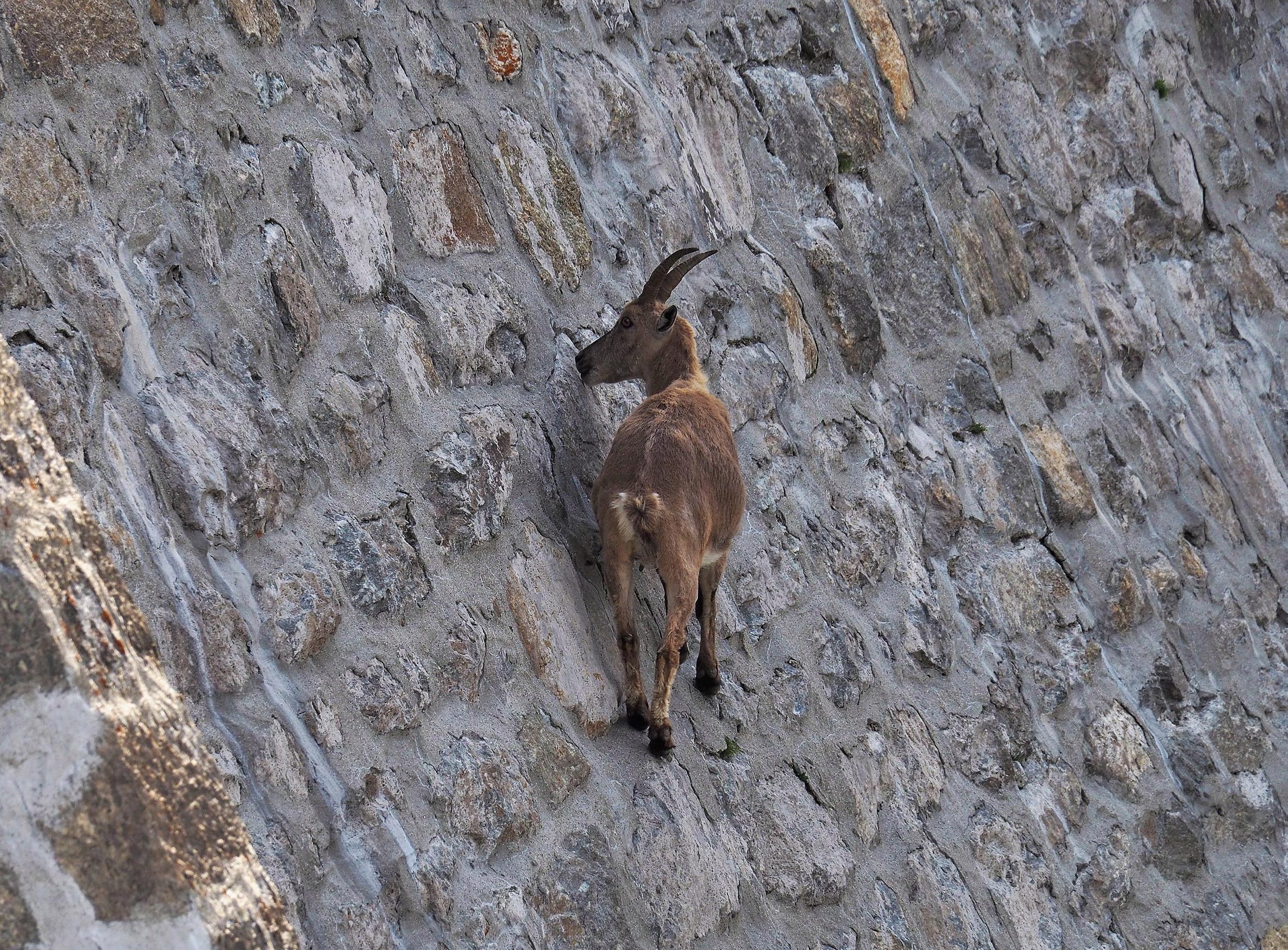 The Alpine ibex became an internet sensation when an Italian hiker, Adriano Migliorati, posted pictures of the goats dotting the dam. Many people were convinced the photos had to be fake, but this gravity-defying behavior has been seen by other mountain goats in the United States, according to National Geographic.

The Cingino Dam is actually a bit easier for the Alpine ibex to climb than other constructed dams because the rough surface gives more spots for footing, Jeff Opperman, senior advisor at the Nature Conservancy, told National Geographic. 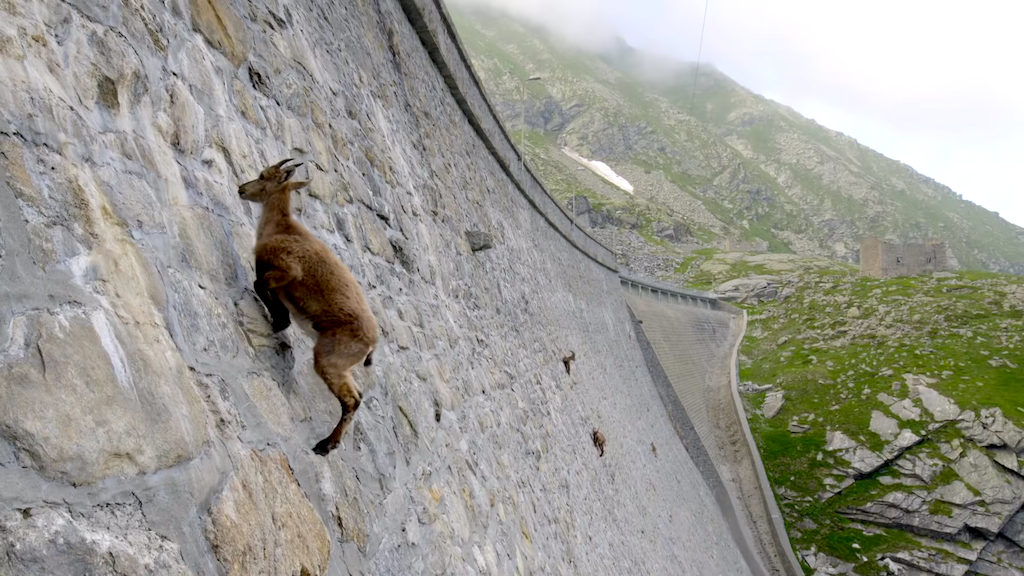 “These animals can overcome what looks like impossible topography to get what they want,” he said. And he’s right: it’s pretty incredible to see what these Alpine ibex will do to forage for food. 14 Mysterious Sounds That Remain Unexplained to This Day