A video of two 15-foot-long oarfish swimming in shallow waters along the Mexican coastline is making a big splash in the marine world.

The oarfish, a prehistoric-looking creature that can grow up to 36 feet in length, is the world’s largest bony fish. It’s characterized by its shiny, silvery body and distinctive red crest on its head. It’s found in tropical and temperate waters.

Because the oarfish lives at depths up to 3,000 feet, humans rarely see them, especially up close near the surface. 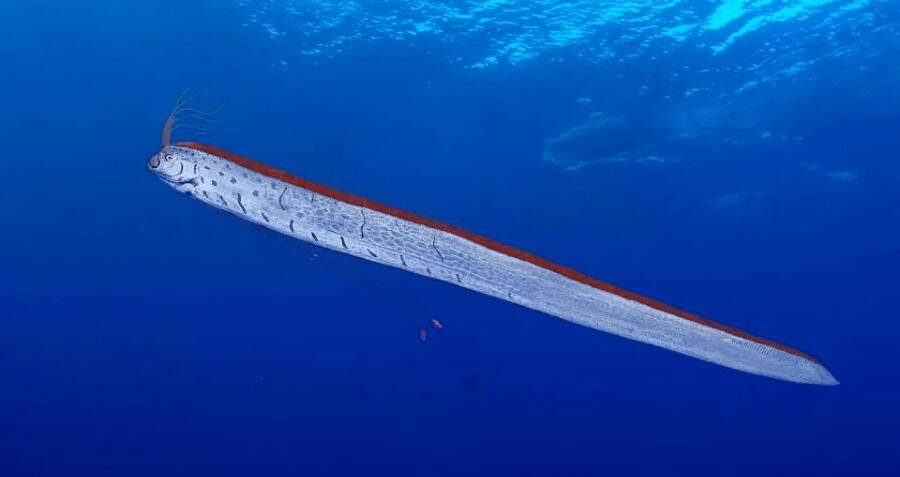 Guests on a trip sponsored by Chicago’s Shedd Aquarium and Un-Cruise Adventures got to see not just one, but two oarfish swimming in shallow water in Mexico’s Sea of Cortes last month, aquarium officials say. Video of the encounter was posted to YouTube this week.

Milton Love, a research biologist at the Marine Science Institute at the University of California at Santa Barbara, said it’s almost certain that the oarfish in the video are dying.

“As far as is known all of the ones that somehow get close to shore wind up dying. Their usual haunts are in deeper, quieter waters at least somewhat offshore,” Love told NBC News by email. “Why they wind up near shore is unknown, but likely at least sometimes the fish get carried into these turbulent waters by unexpected currents.” 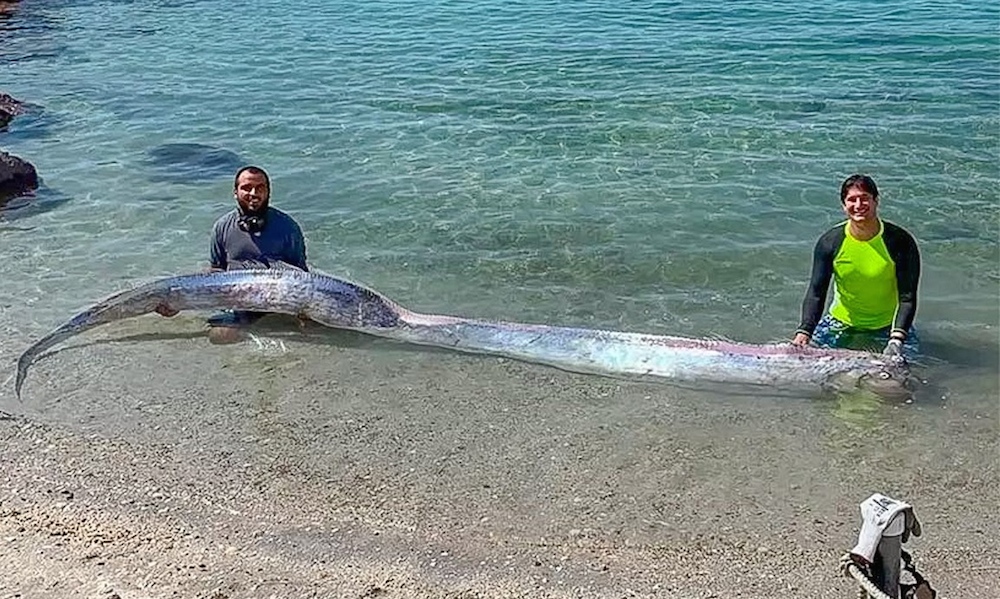 Oarfish carry an air of mystique because little is known about them, due in large part to the scarcity of sightings. So when dead ones wash ashore, as two of them did in the span of a week off the California coast in October, rumors can run amok.