Tasmanian devil joeys have been born in the wild on mainland Australia for the first time in over 3,000 years, according to Aussie Ark. Conservationists say it is a landmark moment in the effort to reintroduce the marsupials to the mainland.

Tasmanian devils (Sarcophilus harrisii) are the world’s largest carnivorous marsupials and were once found across mainland Australia. But the introduction of invasive dingoes (Canis lupus dingo) by early human settlers quickly wiped out Tasmanian devils there. As a result, Tasmanian devils are now endemic to Tasmania, an island off the south coast of the mainland. However, even there, the species is now endangered due to the rapid spread of devil facial tumor disease (DFTD), which has killed 90% of their population since 1990. 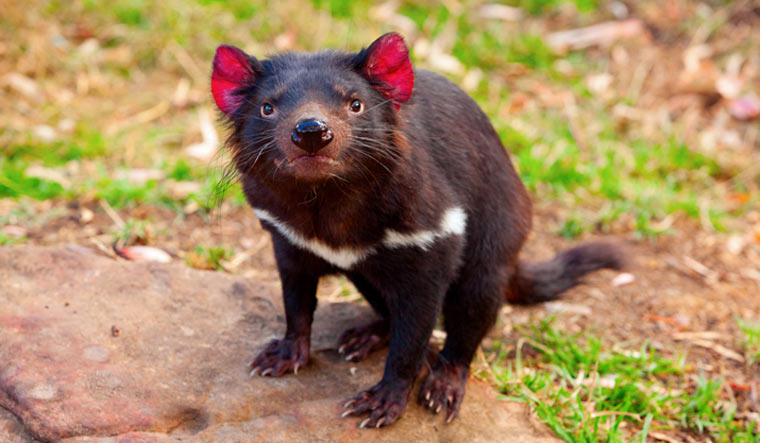 To save the species from extinction, conservation organization Aussie Ark, in partnership with Re:wild and WildArk, started a rewilding project in 2011 to reintroduce Tasmanian devils to mainland Australia. That year, they transferred 44 Tasmanian devils to a captive breeding site, Devil Ark, in Australia, where more than 390 joeys have since been born under human supervision, according to Aussie Ark.

Last year, the team at Devil Ark released 26 of the captive Tasmanian devils, including seven reproductive-age females, into a 1,000-acre (400 hectares) sanctuary, making them the first wild Tasmanian devils in Australia since they were wiped out, Live Science previously reported. Now, at least seven joeys have been born among the wild devils, with the actual number likely to be closer to 20, Aussie Ark said.

“We have been working tirelessly for the better part of 10 years to return devils to the wild of mainland Australia, with the hope that they would establish a sustainable population,” Tim Faulkner, president of Aussie Ark, said in a statement. “Once they were back in the wild, it was up to them.” 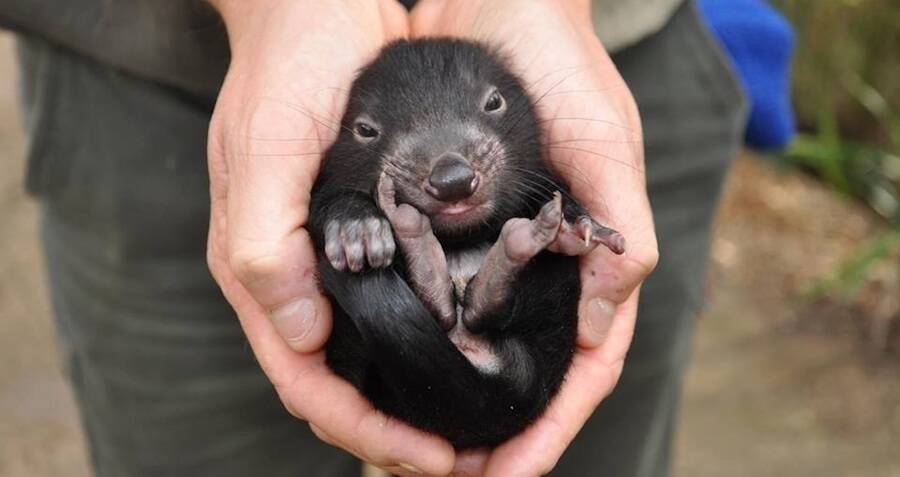 Tasmanian devils reproduce in the same way as kangaroos: Offspring are born prematurely and then continue to develop inside the mother’s pouch. Females give birth to between 20 and 30 tiny joeys after just three weeks of pregnancy. These hairless, peanut-size babies, which are not much more developed than embryos, then crawl up the mother’s fur, toward her pouch, where they attach to the mother’s teats and continue to develop for another three months, before becoming big enough to leave the pouch. However, the mother has only four teats in her pouch, so a maximum of four joeys survive.

Because of the way Tasmanian devils reproduce, conservationists can’t determine by observation alone if reproduction has been successful in the wild. Therefore, rangers had to recapture the released female devils to look inside their pouches for developing joeys, according to Aussie Ark.

Reintroducing Tasmanian devils to mainland Australia will not only safeguard the species from DFTD but also benefit the rest of the ecosystem.

Tasmanian devils are predatory animals but prefer to scavenge on carrion left behind by other predators and from roadkill. They have an excellent sense of smell to detect these leftovers and also powerful jaws that allow them to devour bones. Scavengers like Tasmanian devils are important because they help keep ecosystems clean and free of diseases that sprout up in decaying corpses, according to Aussie Ark. The devils may be able to keep small pests — like mice, feral cats and foxes — under control, according to CNN. The wild population will continue to develop within the safety of the devils’ sanctuary, which protects them from cars, feral pests, noxious weeds and wildfires, according to Aussie Ark, which also plans to reintroduce 20 additional captive devils to the sanctuary in late 2021 and 2022.

“The fact that the adults have adapted so quickly is remarkable, and the joeys are one of the most tangible signs that the reintroduction of Tasmanian devils is working,” Don Church, president of Re:wild, said in the statement. “This doesn’t just bode well for this endangered species but also for the many other endangered species that can be saved if we rewild Australia.”