But a nurse in West Yorkshire, shattered from her night shift, went to bed instead.

Sarah Jayne Ellis took a picture of the three to four-foot long reptile not far from the River Aire in West Yorkshire – then closed her blinds and fell asleep.

It has been nicknamed the Castelford Croc, but there’s mystery over where the animal came from and where it went.

Sarah said ‘I was shutting the blinds in the bedroom when I saw it on the grass. I looked a couple of hours later and it was gone.’

She later showed the picture to her sister-in-law Kate Ellis Holmes, a deputy headteacher, who said her family members were all shocked at the sighting.

Kate said: ‘I was just genuinely in disbelief when she was telling the story.

‘I thought it was bizarre and a really interesting story. It definitely looks like a crocodile.’

The sighting of the ‘Castleford Croc’ is just the latest in a number of similar reports for the area and Ms Ellis believes the possible existence of a crocodile in the town needs to be investigated.

In May last year, Yorkshire wildlife snapper Lee Collings was also said he saw a crocodile or a caiman on a visit to the Fairburn Ings nature reserve. 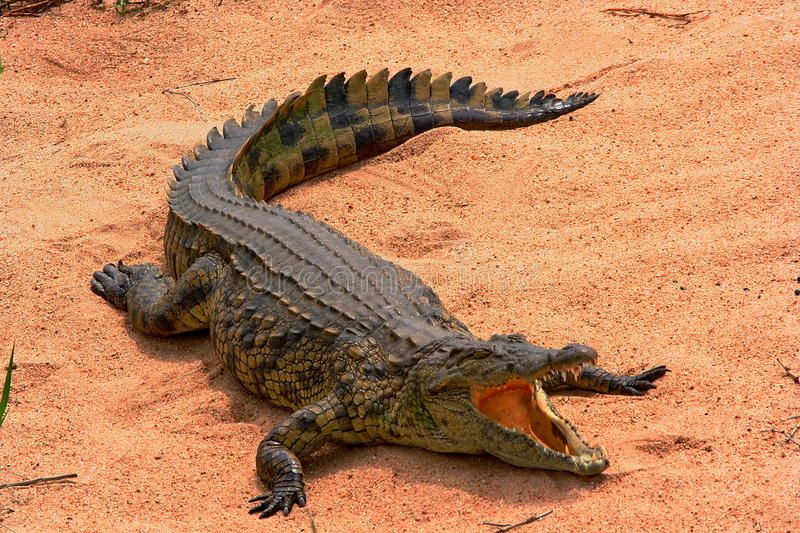 However, the reptile ran away before he could take a picture.

Initially people ridiculed Mr Collings thinking it was not true, but later more people came forward claiming to have seen something similar at another nearby lake.

Four feet is small for a crocodile, with their average length between 13 and 19 feet.