Several small earthquakes shook the Spanish island of La Palma off northwest Africa, keeping nerves on edge as rivers of lava continued to flow toward the sea Tuesday and a new vent blew open on the mountainside.

After moving downhill across the island’s countryside since Sunday’s eruption, the lava is gradually closing in on the more densely populated coastline. Officials said a river of lava was bearing down on the neighbourhood of Todoque, where more than 1,000 people live and where emergency services were preparing evacuations.

About 6,000 people on La Palma have been evacuated so far and 183 houses damaged, government spokeswoman Isabel Rodrguez said after a Cabinet meeting in Madrid. 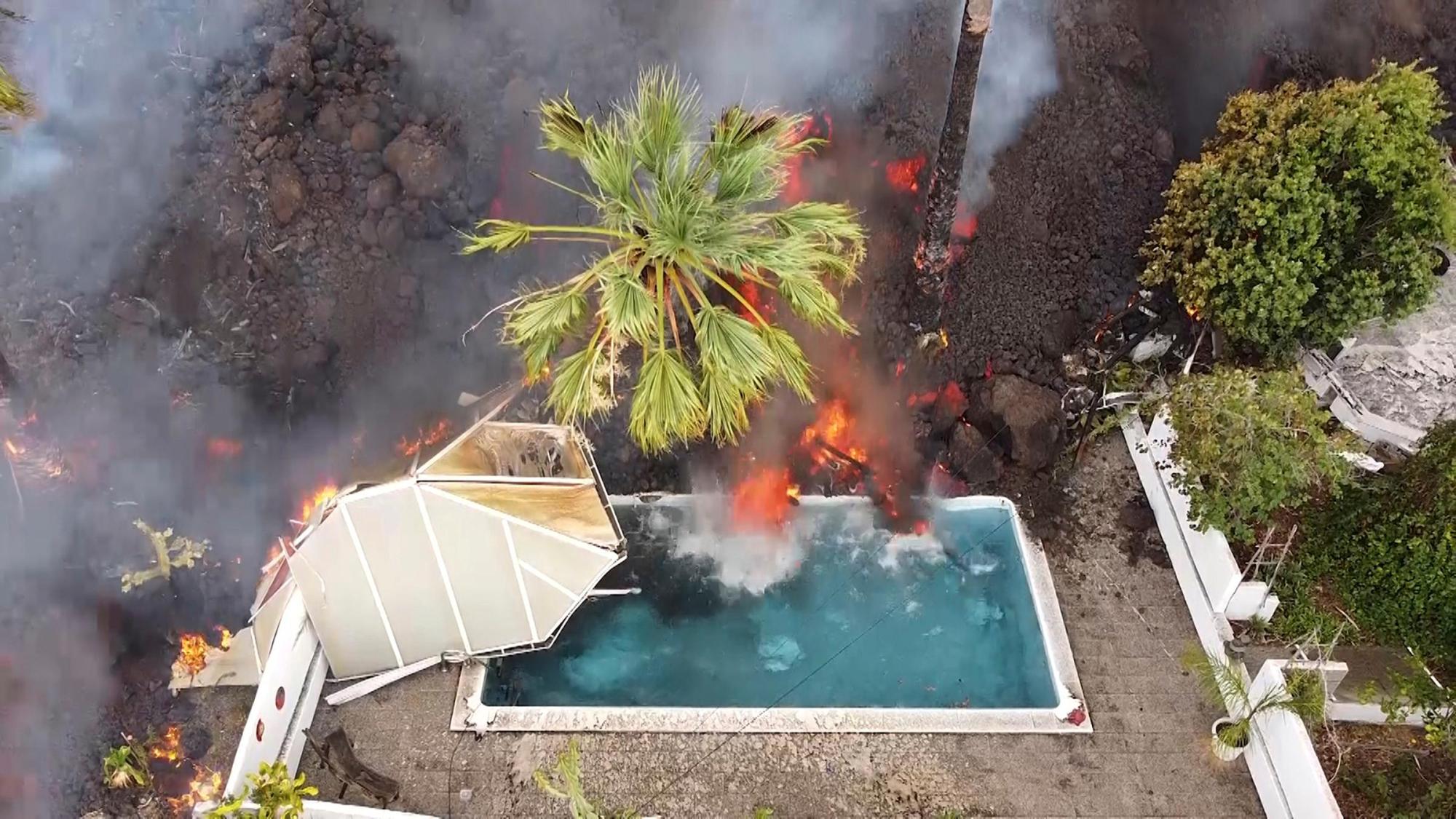 The new vent is 900 meters (3,000 feet) north of the Cumbre Vieja ridge, where the volcano first erupted after a week of thousands of small earthquakes.

That so-called earthquake swarm gave authorities warning that an eruption was likely and allowed many people to be evacuated, avoiding casualties.

The new fissure opened after what the Canary Islands Volcanology Institute said was a 3.8-magnitude quake late Monday.

La Palma, with a population of some 85,000 people, is part of the volcanic Canary Islands.

Lava by Tuesday had covered 106 hectares (about 260 acres) of terrain, according to the European Union’s Earth Observation Program, called Copernicus.

He said damage already amounted to much more than 400 million euros ($470 million), which qualifies the archipelago for emergency EU aid.

He described the region as a ‘catastrophe zone’ and said he would request money to rebuild road and water supply networks and create temporary accommodation for families who had lost their homes as well as their farmland, and sometimes their livelihoods.

Spain’s King Felipe VI and Queen Letizia are due to visit the affected area on Thursday.

Authorities said the pace of the lava’s advance appeared to have slowed and didn’t expect it to reach the sea before Wednesday at the earliest, Spanish private news agency Europa Press reported.

When it reaches the Atlantic Ocean, it could cause explosions and produce clouds of toxic gas. Scientists monitoring the lava measured it at more than 1,000 C (more than 1,800 F).

Scientists say the lava flows could last for weeks or months. The volcano has been spewing out between 8,000 and 10,500 tons of sulfur dioxide a day, the Volcanology Institute said.