Cookiecutter sharks are known for ripping small, cookie-shaped chunks out of sharks and whales much larger than themselves, but a new study finds that they actually terrorize animals of all sizes. 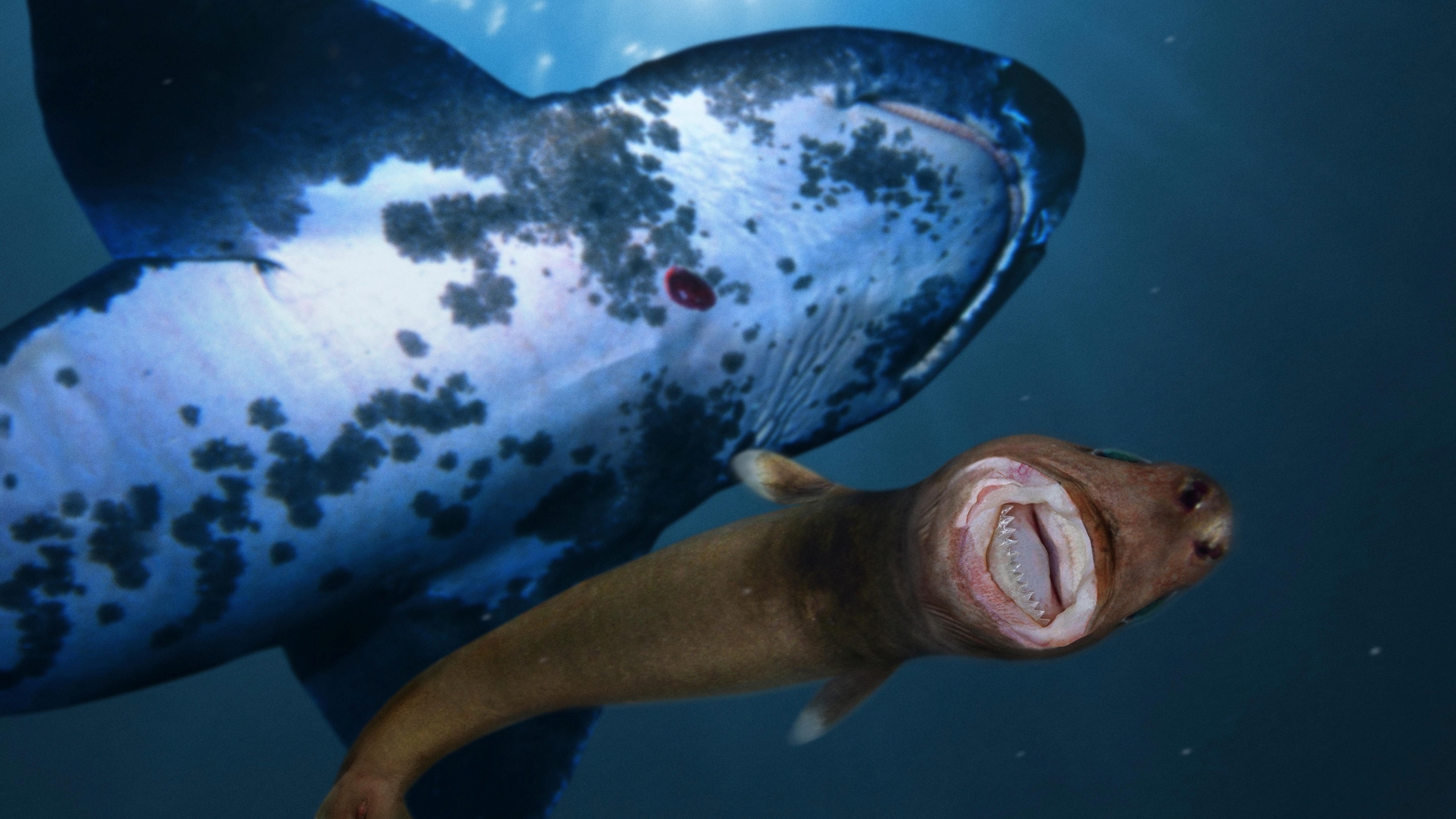 The green-eyed, a̳l̳i̳e̳n̳-like sharks look like sinister sock puppets made of pastry dough and can grow up to 20 inches (50 centimeters) long. These odd creatures use their pointed teeth to feed off great white sharks 10 times their size and are even known to nibble chunks out of human flesh.

Scientists frequently observed cookiecutter markings on larger animals and thus assumed that’s what the sharks primarily ate. But it turns out, these sharks munch on animals at the bottom of the food chain as well, giving them a unique role in the ocean ecosystem, a new analysis of shark specimens finds.

“They feed on everything from the biggest, toughest apex predators — like white sharks, orcas, everything you can imagine — down to the smallest little critters,” lead author Aaron Carlisle, an assistant professor in the School of Marine Science and Policy at the University of Delaware, said in a statement. “There’s not very many animals that do something quite like this.” 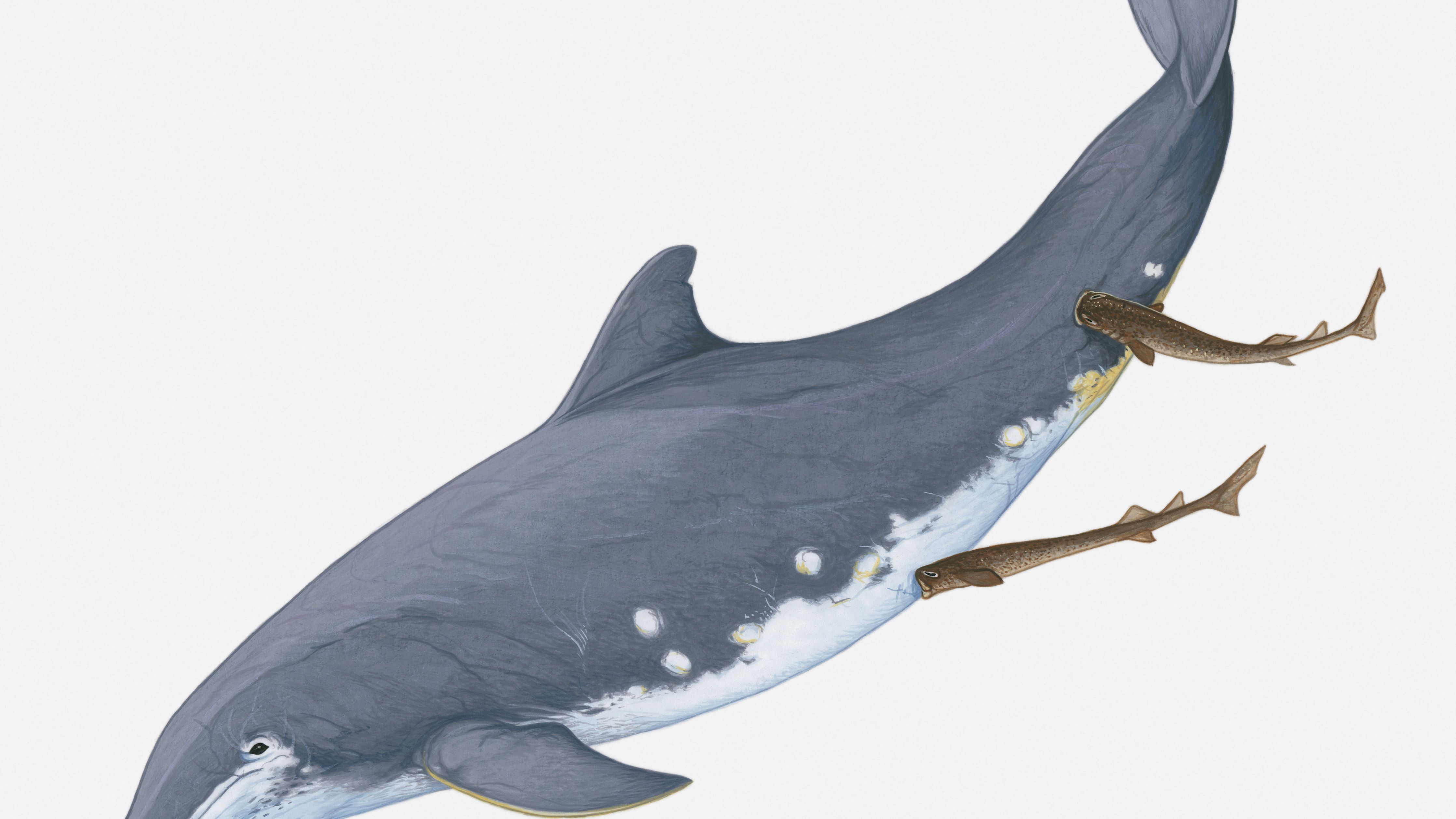 Cookiecutter sharks (Isistius brasiliensis) live in tropical and subtropical waters and can inhabit depths of more than 4,920 feet (1,500 meters), according to the study. If humans see cookiecutter sharks, it’s usually near the surface at night, when they come up to hunt larger prey in the upper ocean.

The researchers tested the assumption that these sharks mainly eat larger animals in the upper ocean by studying 14 cookiecutter sharks caught around Hawaii by the Monterey Bay Aquarium. The sharks’ stomachs were mostly empty of food, but the team figured out what the animals had been eating by looking at the chemical composition of their tissues. The team also checked for environmental DNA (eDNA), or the presence of DNA left behind even when there is no tissue to study.

“E̳n̳v̳i̳r̳o̳n̳m̳e̳n̳t̳a̳l̳ DNA is an increasingly popular and powerful tool that works under the idea that, if an animal swims by in the ocean, it’s going to be shedding DNA in the water,” Carlisle said. “So if you take a water sample and filter it out, you can extract the DNA of everything that’s been in that water mass and identify what species were there. So we tried that on their stomach contents.”

The researchers found that the cookiecutter sharks fed mostly on smaller species at lower depths, including crustaceans, squid and small fish, such as members of the genuses Ariomma and Cololabis. Some of these prey may be small enough for the sharks to swallow whole. In contrast, large animals from the upper ocean made up less than 10% of the sharks’ diet, the study found.

These findings shed light on the behavior of this cryptic ocean creature. But the sample of sharks was small and from a limited geographic range, so it’s unclear whether this feeding trend is the same throughout cookiecutter sharks’ global range, according to the study.