A bizarre three-horned cow has apparently been filmed in Uganda in a baffling clip.

The clip, which has been viewed more than 3.5million times, captured the bizarre animal grazing in a field.

Nothing seems out of the ordinary at the beginning of the clip but, when the animal moves, it becomes apparent the animal has three horns. 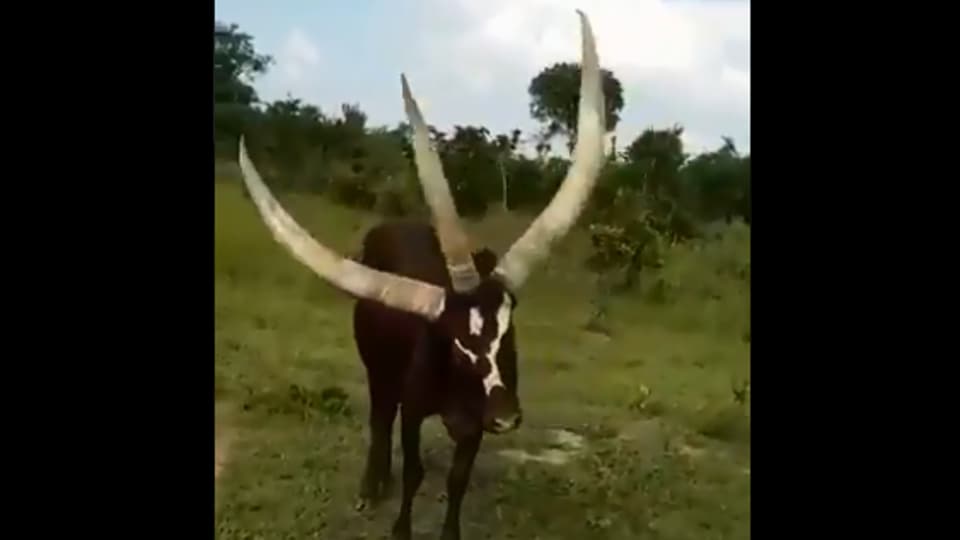 The regular two horns on either side of the cow’s head appear the average size and thickness as those seen on the ankole-watusi breed of cattle.

But in the middle of the cow’s forehead, another horn protrudes out much like a unicorn horn.

When the animal moves its head, it appears lopsided.

It bends to one side with the right side of its head hanging lower than the other. 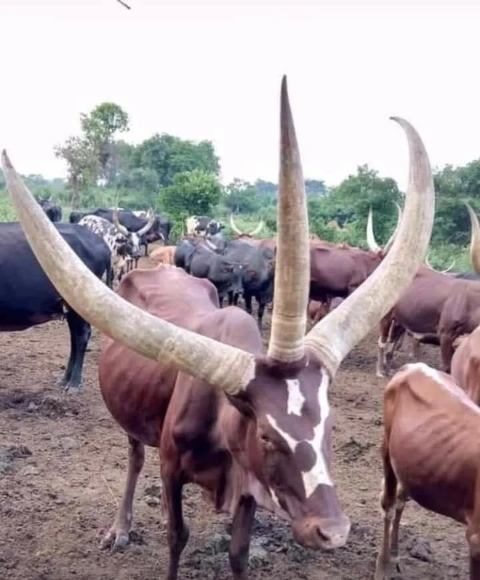 Cattle keeper Rubabinda uploaded the video to Twitter only days ago, with hoards of being left confused.

One person said: “Wow, this is amazing.”

“This cow shouldn’t be sold or slaughtered ever. If anything, it should be worshipped,” another suggested.

A seemingly unimpressed viewer said: “Just one of those freaks of nature where you have incomplete separation of twin embryo.”

One viewer suggested the middle horn be “cut off” believing it will “reduce the heavy weight on its head and providing at least an easier style of life”. 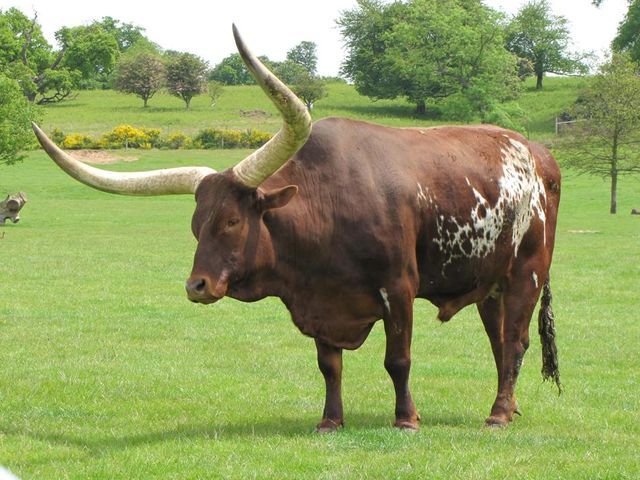 But some questioned whether the footage was actually real, or if it had been faked.

It comes after a mutant calf born with a “human face” was filmed in Argentina.

The calf, which was reportedly born with a small nose and mouth and resembled a human face, was born in the village of Villa Ana in Santa Fe.

However, the mutant cow is thought to have only lived for a couple of hours.