Three barn owl chicks, with their large black eyes and featherless bodies, were mistaken for a̳l̳i̳e̳n̳s in the Visakhapatnam city of India’s Andhra Pradesh state.

The three chicks were caught on film at a construction site by residents, who believed they had come across e̳x̳t̳r̳a̳t̳e̳r̳r̳e̳s̳t̳r̳i̳a̳l̳s, Deccan Chronicle reported.

The video of the “a̳l̳i̳e̳n̳s” went viral, promoting the Nehru Zoological Park officials to clarify that that creatures were barn owls.

Curator Shivani Dongre said, “They [barn owns] are beautiful and distributed downwards from central India. Their heart shaped faces and downward beaks are characteristics of the species.”

The birds were found standing on their legs instead of the normal perched position which alerted onlookers. “When birds get attention, they tend to be observant in behaviour which is probably why they look alarmed,” said Dongre.

“As it was a construction site, the birds were on a flat surface. If they had a surface to grip on, we could have seen them perch,” he added.

Dr Narasimha Redd, a veterinarian, said the chicks could be waiting for their mother to bring back food, which is why they were standing on their legs.

Eastern barn owls, also known as Tyto javanica, are generally found in the Subcontinent, Southeast Asia, Australia, and many Pacific Islands. The barn owl is a protected species under India’s Wildlife (Protection) Act, 1972, and their hunting and trading is banned. 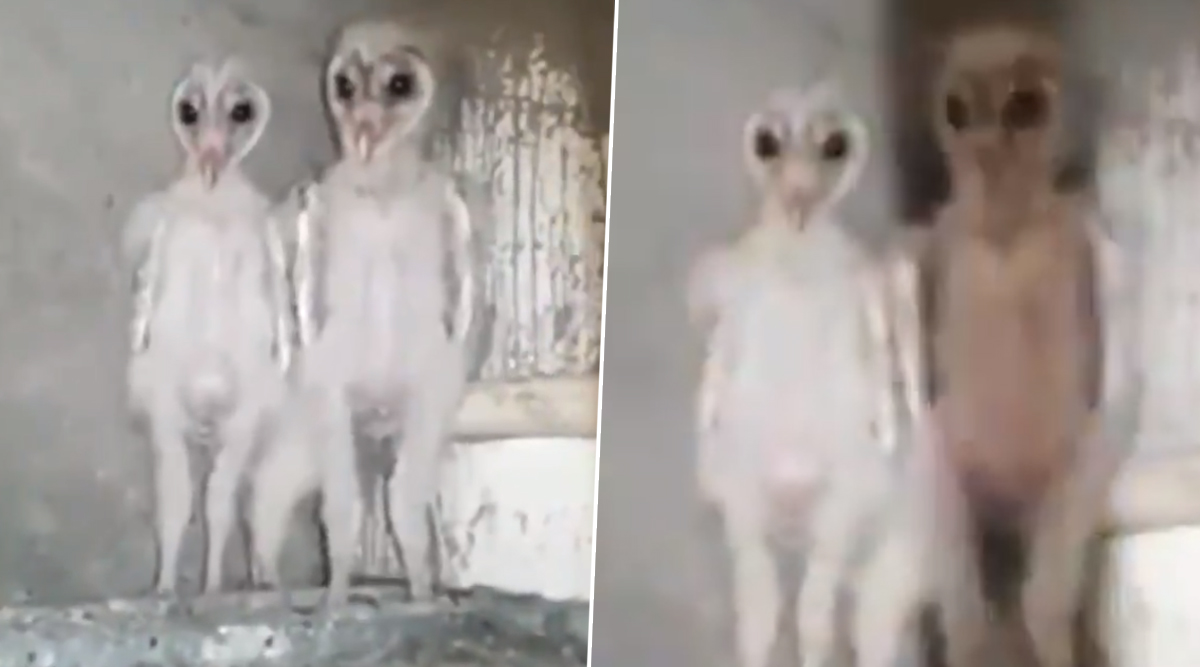