On the evening of August 13, 1975, approximately at about 1:20 a.m., a veteran Air Force Sergeant Charles L. Moody (32) drove out into the desert of Alamogordo, New Mexico, to watch a meteor shower that was due to occur.

However, he got much more than he bargained for. As he was watching for shooting stars, a glowing fifty-foot-long with eighteen to twenty feet wide, metallic, saucer-shaped craft landed about seventy feet away from him. Moody could hear a high-pitched humming sound.

He also noticed a rectangular window in the craft through which he could see shadows resembling human forms. Frightened, Sergeant Moody jumped into his car and attempted to drive away. But for unknown reason, his car would not start. Then, his entire body became numb. Just when his fear increased, the object suddenly took off. 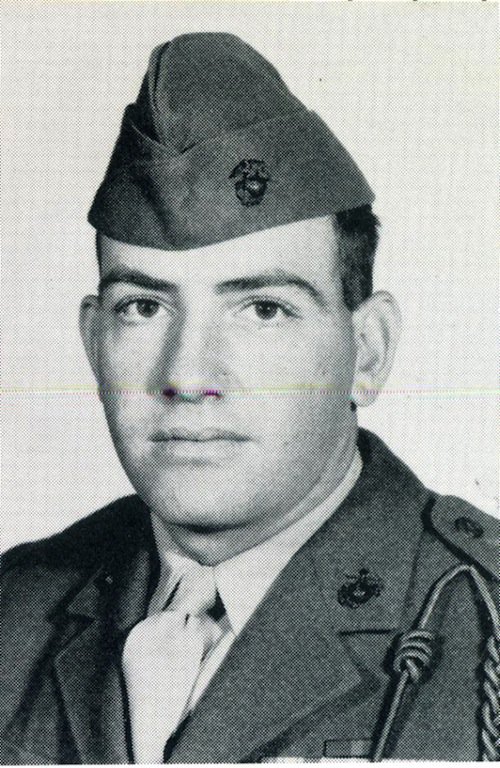 Moody raced home to tell his wife. He was shocked to find it was already 3:00 a.m., and that two hours had passed. Had he been taken onboard? Within a few days, a rash broke out over his lower body.

Upon the recommendation of a physician, he began to practice self-hypnosis in an effort to recall what had occurred during the lost time period. At first he didn’t remember, but over the next few days and weeks, he eventually recalled everything that had happened.

He remembered that he was, in fact, taken onboard. He was sitting in his car when the numbness came over his body. Next, he had observed several “beings” exited the craft and approaching his car.

Says Moody, “The beings were about five feet tall and very much like us except their heads were larger and hairless, their ears were very small, eyes a little larger than ours, nose small and the mouth had very thin lips.

“I would say their weight was maybe between 110–130 pounds. They have speech, but their lips did not move. Their type of clothing was skintight. I could not see any zippers or buttons at all. The color of their clothes was black except for one of them who had a silver-white looking suit on.”

The a̳l̳i̳e̳n̳ leader asked Moody telepathically if he was prepared to behave peacefully. When Moody agreed to do so, the leader applied a rodlike device to his back which relieved the paralysis.

Later, Moody was taken into a very clean room with white, rounded walls and indirect lighting. One of the beings examined him and told him, “I will not hurt you. We are not meant to hurt you.” Moody asked if he could see the engine room. They agreed and took him to a lower level.

He saw a complex machine involving long metallic rods and large, crystal-like spheres. The E.T.s explained that the ship operated using the principle of positive and negative magnetic poles.

They told him that they had a much larger mother ship, and that there were many other races of E.T.s who were also observing and studying the planet. They warned him against the use of nuclear weapons. He was promised a future meeting with the E.T.s but warned that closer contact with Earth men would not be attempted for another twenty years.

They also said that one day reveal their existence publicly to the world. Finally, he was told that it was time for him to go and that he wouldn’t remember what happened until a few days afterwards. Moody was then placed back in his car, where he watched the U̳F̳O̳ take off.

After remembering the onboard part of his experience, Moody realized how important his story was, and he contacted local U̳F̳O̳ investigators. However, a thorough investigation by investigator named Jim Lorenzen, revealed a couple of contradictions in Moody’s accounts about the incident. Today, Moody’s case remains undisputed.