If we trip across life that’s not of this world, do we blast it or befriend it? What impact would it have on our society?

This was the topic of a two-day symposium held at the John W. Kluge Center of the Library of Congress this month. Several dozen researchers — astronomers, philosophers, theologians, biologists, historians, and other tweed-jacketed specialists — opined on what might happen should we find we’re not alone.
A lot of the discussion, unsurprisingly, was about discovering life that’s intelligent. This prompted a symposium leitmotiv that was dished out repeatedly: when thinking about a̳l̳i̳e̳n̳s, beware of anthropocentrism. In other words, don’t assume that they will be similar to us ethically, culturally, or cognitively.

Well sure, I can get down with that. I agree that we tend to view everything in the universe through the prism of our own natures. Mind you, I note that the squirrels in my front yard seem to do the same. They’re awfully squirrel-centric. That ensures that they attend to activities that are truly important (mostly acorn management). I don’t think less of them for that.

Where this leitmotiv became more than a neo-Greek caution against hubris was when it was used to argue that SETI (the Search for Extraterrestrial Intelligence) is fatally flawed. We were told that our hunt for a̳l̳i̳e̳n̳s assumes that they are like us.

That kind of provincial attitude, it was said, will doom SETI to endless frustration. If we don’t think outside our own biological box, we’ll fail to find any company in the cosmos.

But wait a minute: That’s akin to arguing that the 1976 Viking landers — with their complex instrumentation for sensing microbial Martians — were a clear non-starter because they were sensitive to carbon-based metabolism; in other words, life as we know it. Well, that’s true, but it was really hard to design experiments that were good at finding life as no-one-knows-it.

Actually, when it comes to SETI experiments, we try not to make assumptions about the a̳l̳i̳e̳n̳s’ cultural, ethical, or even biological makeup. We don’t assume they are similar to us.

Rather, we assume that their physics is similar to ours — that they use radio transmitters or lasers to send information from wherever they are to wherever they need it. That’s no more anthropocentric than assuming that — if a̳l̳i̳e̳n̳s use ground transportation — at least some of it is on wheels.

Anthropocentrism is always a bugaboo, but to say that it might irretrievably cripple our efforts to find evidence for intelligence elsewhere is certainly arguable. So let’s consider that SETI experiments are not as myopic as some would aver. The big question then becomes, what happens if we pick up a ping? 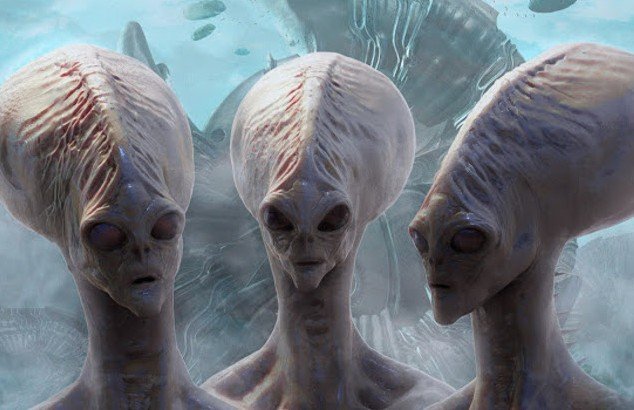 First, allow me to dispense with the false, but nonetheless ever-popular idea that the public wouldn’t be told. That’s goofier than Big Bird, and easily disproved by a cursory reference to SETI’s occasional false alarms.

This paranoid idea probably derives from the widespread claim that 67 years ago some wayward a̳l̳i̳e̳n̳s made a dismaying navigational error, and piloted their craft into the dirt near Roswell, New Mexico.

The fact that this event is not the subject of much investigation by research scientists is often explained as the consequence of a government cover-up. The feds don’t want you to know about e̳x̳t̳r̳a̳t̳e̳r̳r̳e̳s̳t̳r̳i̳a̳l̳s.

One could make the same argument about the lack of academic interest in leprechauns. Maybe the Irish government is hiding the bodies. I don’t find that a compelling argument. But I think the popular notion of secret evidence sparks the mistaken belief that a SETI detection would be hushed up. It won’t be.

Of greater relevance to the subject of this symposium — preparing for discovery — was what would the signal reveal? What could we learn about the senders’ construction or culture?

The most plausible answer is “not much.” Just as hearing a rustle in the forest provides precious little information on the flora or fauna that caused it, so too would an a̳l̳i̳e̳n̳ ping be largely uninformative, at least at first. There might be an accompanying message, but new and different instruments would be required to find it.

What we could learn quickly are a few, mostly astronomical facts, to wit: (1) How far away is their solar system; (2) What type of star do they orbit? (3) The length of their day and their year.

That might be it for a while. And “a while” would be years, at minimum.

If we find intelligent beings elsewhere in our galaxy, you’ll not be quickly confronted with complex philosophical problems of understanding their mode of thinking or their biological blueprint — or even knowing whether they are biological.

You won’t be misled by anthropocentric thinking, because there will be precious little information about whether they’re like us or not. For years, all we’ll be able to say is that there’s something out there that’s at least as technologically competent as we are.

But of course, that’s still saying a lot. Something Definitely Escaped From An Antarctica Secret Base