A terrible find was discovered by archaeologists in the center of Mexico City. The researchers stumbled upon an A̳n̳c̳i̳e̳n̳t̳ tower made entirely of human skulls.

The Aztecs were a group of Nahuatl-speaking peoples that dominated large parts of central Mexico from the 14th to the 16th centuries.
Their empire was overthrown by invaders led by the Spanish conquistador Hernán Cortés, who captured Tenochtitlan in 1521. 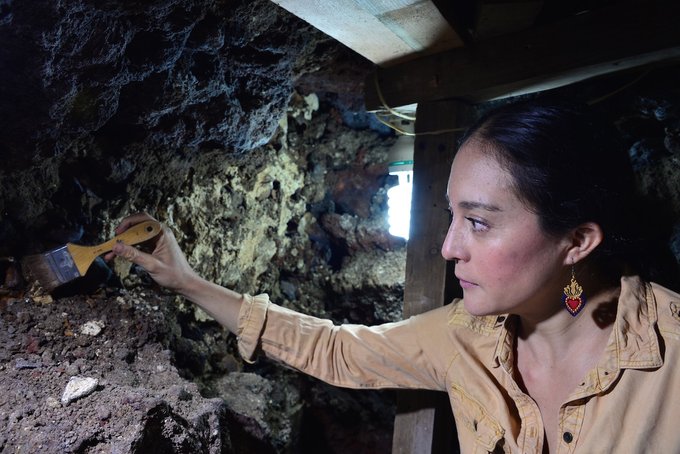 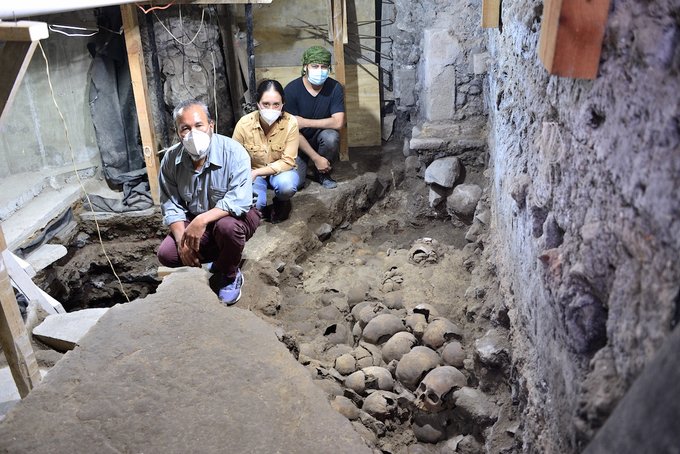 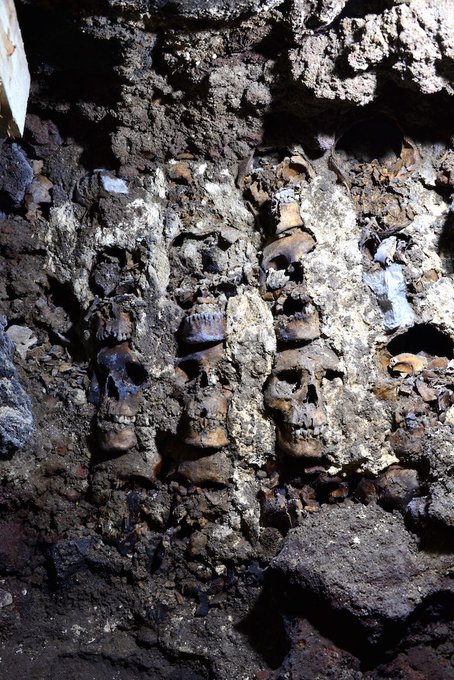 It turns out that the Aztecs showed the remains of people, trying to intimidate their enemy and scare off the European conquerors.

Previously, archaeologists have already found similar structures in the Mexican capital, but this time the researchers made a truly unusual discovery: dozens of female and children’s skulls were found in the tower wall, which were sacrificed to the supreme deity – the god of war and the sun. That is, the Aztecs sacrificed even their fellow tribesmen.

The tower’s original discovery surprised anthropologists, who had been expecting to find the skulls of young male warriors, but also unearthed the crania of women and children, raising questions about human sacrifice in the Aztec Empire.

“Although we can’t say how many of these individuals were warriors, perhaps some were captives destined for sacrificial ceremonies,” said archaeologist Raul Barrera.

“We do know that they were all made sacred,” he added. “Turned into gifts for the gods or even personifications of deities themselves.”