One aspect of the UFO phenomenon that has tended to remain in the shadows compared to other reports are those of the Unidentified Submerged Object, or alternately, Unidentified Submarine Object, or USO, which entail those strange reports of unidentified craft under water. There have long been reports of strange mystery objects flying about at high speeds under the waves of our oceans, and while they are rarer and not as well known as their above ground brethren, they are perhaps even more inexplicable and just as enigmatic. Additionally, just as the above ground, traditional UFOs have their various stories of alien abduction, so do these inscrutable forces from under the sea.

One very remarkable case of an abduction carried out by an USO is that of a woman named Betty Andreasson Luca back in 1950. A housewife, mother and grandmother, she would claim that this experience had been uncovered through hypnosis, and that the strange incident had happened when she was just a child. She says that she was in her home on a perfectly normal evening when she was whisked away by a “wheel-like vehicle,” and once aboard she claims that it went speeding towards a body of water at dangerously high speeds. She braced for what seemed to be imminent, catastrophic impact as the craft hurtled towards the water’s surface with no sign of slowing down, but instead of the expected crash it smoothly submerged and continued on without issue or even so much as a shudder. 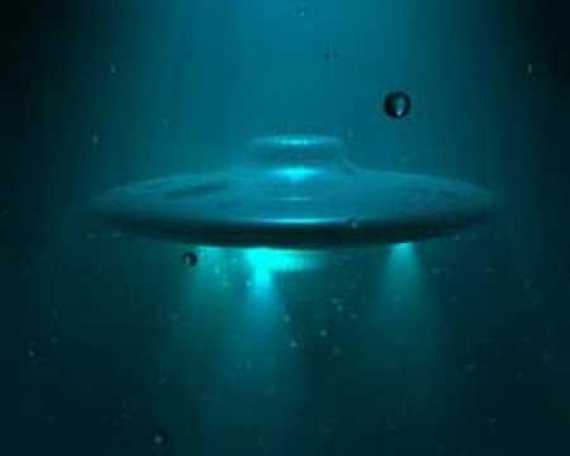 After some time of travelling underwater at great speeds, the sea blurring by outside, the craft then allegedly entered a submerged tunnel system, which had ice and icicles along its walls and was brightly lit through means she could not ascertain. She says the ship eventually reached an enormous underwater dome and base or facility of some kind, where she was shocked to see a collection of people in some sort of suspended animation within glass containers, frozen there like insects stuck in amber. She described hundreds and hundreds of these people, wearing clothing from different periods throughout history and placed in sets that approximated that time period, which made her think of this strange place as a “Museum of Time.” There were people of all ages encased like this, rows upon rows of them, along with animals as well, and it was a chilling sight, She was then sped off back to her home, and would forget the whole incident for decades until she had it uncovered by hypnosis in 1980 after experiencing vivid nightmares of the ordeal.

It is hard to know what to make of this report, and seeing as Andreasson has gone on to report other encounters with aliens she says are angelic servants of Jesus Christ, her tales have been met with some skepticism. Was she really taken deep undersea to this Museum of Time by a USO? Who knows? A similar encounter happened to a man by the name of Filiberto Cardenas back in 1979 in the vicinity of Hialeah, Florida. On January 3 of that year, Cardenas and his wife drove off to buy a pig for a roast the following weekend, but they had trouble finding one. At one point they got lost in their errand, and turned off onto a darkened rural road at night, and after some time the engine inexplicably stopped.

The couple checked the car, but it seemed to be in perfect working order, with them unable to find why it had suddenly just died without warning. It was then that they heard a sound like “a swarm of bees” and the car began to shiver and shake as if an earthquake was happening, and there was the glow of red and violet lights all around them dancing across the trees. Cardenas then explains that he was suddenly paralyzed by some unseen force and lifted into the air as his wife screamed in panic. He then lost consciousness, and when he awoke, he found himself in a strange seat, still paralyzed and within a shiny room, surrounded by humanoid beings with helmets on, who spoke with each other in a language that to him sounded like German. In front of him was a screen on the wall, across which flickered images of various points throughout Earth’s history and also what he assumed was the future, and when this slide show ended he was ushered into a smaller craft, which detached and went speeding towards what he took to be a beach. The ship then buzzed right over the sand and then plunged into the ocean, from which point things would get even more bizarre still. 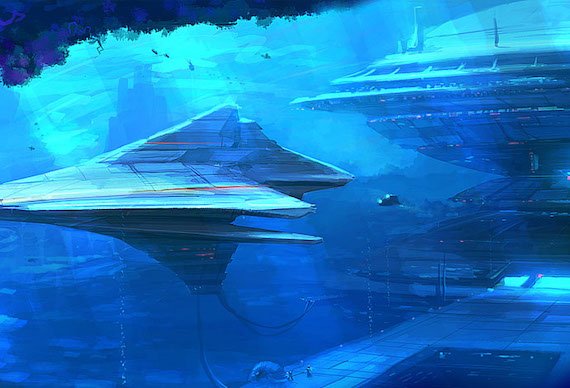 The ship he was on approached an underwater tunnel that had illumination along it, as if from some sort of bioluminescence, and then they passed through to enter an area that was dry, a sort of cavern in an air pocket, where he saw large symbols of serpents on the walls. He was then taken from the ship and sat on a boulder, after which he was welcomed by a human man who said he was from earth and was employed by the aliens. Cardenas was then taken to a huge underwater city and then brought back to where he had started. Cardenas would claim that he had been shown many prophecies by the aliens, such as the 1980 election of President Ronald Reagan, the 1985 earthquake in Mexico City, the demonstration by Chinese students in Tiananmen Square in 1989, the assassination in 1981 of Egyptian president Anwar Sadat and the Gulf War against Saddam Hussein in 1990. Is any of this for real and are there underwater alien bases on our planet as described?

We also have the tale of Orlando Jorge Ferraudi, who in 1965 was out fishing on the northern coast of Argentina when he had an experience he would never forget. He claims that he suddenly felt as if he were being watched, and when he turned around he saw a very tall humanoid entity, standing 7 feet tall, with pale skin, light colored eyes, and wearing some sort of shiny, yellowish one-piece outfit. The being seemed to know that Farraudi was scared, and tried to ease him through telepathic messages. Farraudi would say:

It was a very dark night. This being was telling me mentally ‘Take it easy. Don’t be afraid. You mustn’t be scared.’ Then he turned around, taking my arm, and placed some kind of powder box on top of the wall. When opened, this box gave off a phosphorescent luminosity which enabled me to see more details. The entity’s garb was of a yellow-mustard color, had no wrinkles, zippers, or buttons, and it had a hood at the back of the head. He was repeating ‘Don’t be afraid, you will come with me, we will take a long trip.. 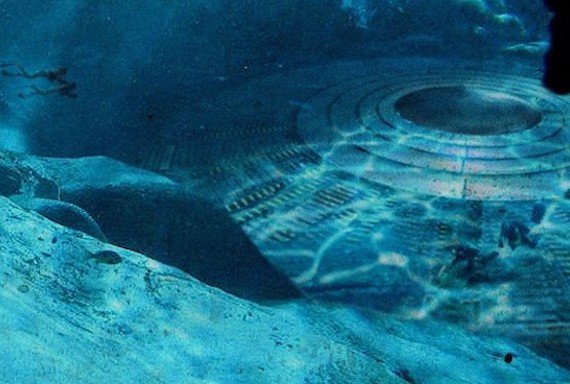 The being then fiddled with his box for a moment and a large craft like “an inverted saucer” approached from the water, coming closer until it was hovering right in front of them. A door then opened and a ramp distended to them, upon which the tall entity gestured towards the opening. He found himself almost in a trance as he obediently entered the craft to find a young human woman about 18 years of age within, who also told him not to be afraid and that the alien was their friend. She told him that her name was Elena, and that she too had been whisked away aboard this ship not long before. The being then had them change clothes into a type of jumpsuit, and they were told that they would be going underwater to travel across the ocean to Africa.

Farraudi claims that along the way they stopped off at an immense underwater dome, which housed some sort of base, which he was told was for the purpose of “reconditioning the ships,” and he was also told that there were various experiments carried out here. According to the alien, Earth was a sort of zoo, and that most life on Earth had come from them doing genetic experiments. They were fed some sort of tasteless red, yellow, brown and green eggs, after which they were placed on some sort of stretchers and both fell into a profoundly deep sleep. When they woke up, they were told that the “results of the test” were good. They were informed that their pineal glands had been “reactivated,” and that this would enable them to receive mental messages from the aliens. They were then given loads of information on the alien home planet and how the ship worked, as well as various philosophical musings, and then Farraudi woke up back on the beach where he had started, at first without any memory of what had happened.

Such cases are truly bizarre, and offer us a rare glimpse into an area of the UFO phenomena that had always been more obscure and little-covered. Are there really such USOs operating in our world’s oceans? Do these beings have bases down in the deep sea as described in such accounts, and do they occasionally abduct humans from the surface just as more traditional UFOs do? Or are these just the imaginings and delusions of the witnesses? It is difficult to say, but when looking at the UFO and alien abduction phenomena, perhaps we should not only look up to the sky, but also down into the murky depths of our seas as well.