While those interested in UFOs in the U.S. continue to wait for the Pentagon UAP report — which leaks and briefings have already prepped the public for disappointment, an X-Files-style ‘lone gunman’ in Brazil took matters into his own hands and obtained secret documents from the Brazilian concerning multiple UFO encounters in 2008 that included humanoid aliens and a military investigation. The UFO researcher released the documents a few months ago and recently translated them into English. The report is far from disappointing.

“On 11-19-2008, around 10 pm, Ms. Renata Veloso saw an object descend at high speed from the sky like a lightning bolt. It was moments before the Brazil and Portugal game, when we were getting ready to watch the game. She called me and given the insistence I walked to the window and saw a huge luminous object (hexagon) accompanied by two other smaller spherical ones that rotated under its orbit. When he approached the Nossa Senhora Aparecida church, the streetlamp lights in the Bela Vista neighborhoods went out block by block. One of the smaller objects was silver and the other was red, like red hot iron (it changed color). After a time of observation of the object’s maneuvers; I called 190 and was answered by Cpl. Barbosa. I determined that a vehicle composed by the Military personnel Cpl. Rabelo, LCpl. Francisco and LCpl. Balbino was sent to the site (Avenida Bela VistaNalongo).”

On Twitter, UFO researcher Rony Vernet released the report made by Eisenhower Guerck Austríaco, a Brazilian military police of Minas Gerais State (PM-MG) officer, to his superiors concerning “Phenomenon observed in the sky of the city of Claudio, and pursuit of two strange beings seen in the city’s cane fields.” According to the report, he directed military personnel to the area, where they also witnessed the UFOs, as did another civilian woman, bringing the total number of witnesses to six.

“On November 19th and 20th we had an experience, together with several other Military
personnel and people we met and interviewed about lights that flew over the city, and also about small “humanoid” beings that were chased by the Mitsubishi 13533 vehicle around 12 mph between the planted canes. These seen humanoids seemed to slip through the reeds. In all the actions of this Officer, several armed Military personnel followed the phenomenon at different times, in one of these moments, we were in 03 vehicles. A lady from Formiguinha Village, when she opened the door of her house, have seen small beings in her backyard and also saw an object colored incandescent iron standing in the air behind eucalyptus trees at about 2,600 ft, pointing to this Officer’s beret as the shape of the seen object. Objects flew at an incalculable speed and stopped as if there were no limits to physics, they just stopped suddenly. Objects curved at angles of ninety degrees or less, shifted forward, and returned backward.” 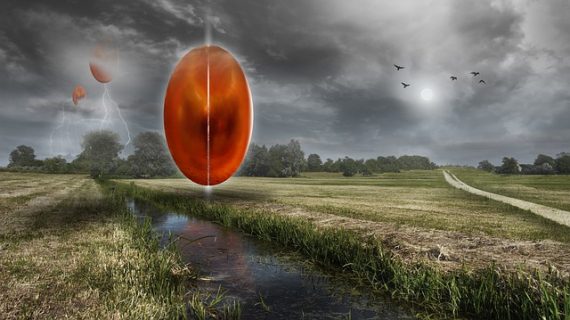 The second incident with the alien humanoids occurred the following day. The military personnel reported the streetlights going out or exploding as the UFOs hovered or exited at a high speed with no sound. They estimated the UFO to be the size of a pickup truck. The humanoid aliens were described as “luminous beings” that moved without touching the ground and had no feet, fingers, eyes or noses — just arms, legs and an “oval head.” Interestingly, “although they were luminous, they didn’t illuminate.” The police officers reported that they tried to photograph the humanoids, but …

“The humanoids were very bright, we didn’t see eyes, and they didn’t show up on the camera. Sgt Waldir Araújo Silva tried everything to photograph those “beings” but they didn’t appear, even with the lens zoom, only the fireflies appeared.”

Whatever affected their cameras also seemed to affect them – they complained of “headaches, body aches and fear,” and reporting officer Austríaco said his arm was too weak to reach for his gun. While they all saw the same things – a lake, the humanoids taking something from the ground as if they were scientists acquiring samples – the witnesses said they had a feeling of not being sure if it was real. that was confirmed the following day when they returned to the exact spot and the lake was gone. Nonetheless, the officers continued their investigation and found other witnesses. While there were no photos, they did have some evidence of the encounter.

“Several people report experiences identical to those of us Military personnel and we are going
to interview these people. Some narrate hot air entering the house. The vehicles are with electrical problems. Mitsubhi doesn’t work, the Military who saw and had more contact seem distressed, we are all psychologically or physically different, more tired, sleepy, there are reports of people who felt levitating.” 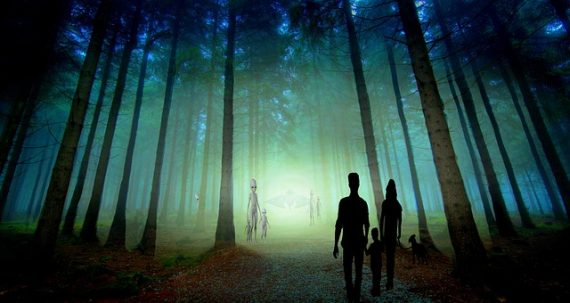 The report lists the names of eleven military and civilian witnesses. Searches have not uncovered any additional reports besides the one translated by Rony Vernet. Since it occurred in 2008, tracking them down might be difficult, and they may not wish to talk – remember, this report has been kept secret for 13 years.

UFOs, aliens, fatigue, electrical problems, missing time, secret files, a ‘lone gunman’ … this incident is worth of its own X-Files episode. Sadly, the X-Files TV show is no more, but the determination and frustration of UFO investigators like Scully and Mulder lives on in people like Rony Vernet. U.S. Army Veterans Were Told to Stay Quiet After Encounter with UFOs in Egypt in 2014