Sometimes the UFO field takes a right turn into the dark recesses of the downright grim. The man called Stanley Romanek has had a pretty weird life. A prominent author and expert on alien and UFO phenomena, he is also well-known as being an alien abductee, which entails those individuals who claim to have been kidnapped by aliens for reasons we may never understand. Besides being an abductee, Romanek has a pretty unusual pedigree even within the UFO field, as his claims of alien contact really run the range of the weird, going well above and beyond the usual oddness. In the year 2000 he claims that he had his first abduction experience, during which time he was allegedly experimented on, and according to him he would be abducted numerous other times. He claimed that the aliens often communicated with him telepathically, and while this might seem pretty mundane by normal abductee standards, this is not even nearly the end of the strangeness. Here we go down the rabbit hole of a man who was embroiled in some really rather bizarre UFO stuff, as well as a dark secret life and unspeakable crimes.

Unlike the usual straight forward alien abduction claims, some of Romanek’s stories really went out past the stratosphere of the odd into the furthest reaches of the bizarre, and over the course of numerous supposed abductions by these aliens some of his stories really stand out. He says that on several occasions he had woken with lost time and inexplicable cuts and other wounds on his body, which oddly glowed brightly when put under a black light. He claims that under hypnosis he would remember that these strange wounds had been inflicted upon him by the aliens using inscrutable medical procedures. On another occasion he woke from one of these experiences and was baffled to find that he was now wearing a woman’s dress. How did he end up in women’s clothing? Why, the aliens did it of course, and not only that, but he was convinced that this wasn’t just any dress, but rather the actual dress that Betty Hill had worn during her famous alien abduction. Why the aliens would do this, Romanek doesn’t say. There was also the time that they installed an implant into his leg, and he also claims that the aliens would frequently talk with him either telepathically or through a device known as a “ghost box,” basically an electronic audio device designed to pick up the voices of ghosts, called “electronic voice phenomena,” or EVP.

Throughout these abductions Romanek claims that there was an ominous undercurrent to it all. He would say that the aliens constantly monitored him and followed him around, sometimes even breaking into his home. There also seemed to be others keeping tabs on him, both malevolent and benign. One of these was a mysterious call from a woman with a British accent who called him “Starseed,” and reassured him that he was special and important and that he should not be afraid of what he is, but follow his instincts and stay alert. Another person who contacted him was a little girl who called herself “Kioma,” who claimed to be one of his 9 (!) alien hybrid daughters. Other parties following him around were decidedly more nefarious, and he would complain of being subjected to stalking, harassment, computer hacking, intimidation, and even assault, all in what he claims was an effort to silence him on what he had experienced. So, did Romanek have any evidence for any of this? Well, that’s kind of a long, weird story in and of itself.

Romanek would claim to have taken various photographs and videos of these UFOs and aliens, with perhaps the most famous being what has come to be called the “Boo Video.” The video in question is taken in Romanek’s home, and allegedly shows at one point an alien face leering in through the window. It is blurry and indistinct, like many other similar videos, but Romanek insisted that it was genuine, even going so far as to take a lie detector test over its authenticity after being suggested that he take one by radio host George Noory on the popular paranormal radio program Coast to Coast AM. Unfortunately for him, he failed the test, but that’s OK, because he would also claim that he had a mysterious medical condition that prevented lie detectors from working on him, later even accusing Noory of having set up the lie detector test to fail from the beginning. Right, then.

This would highlight another aspect of Romanek, which is that he was able to come up with an excuse for his lack of being able to show any concrete evidence at every turn. Seriously, he had a weasel excuse for everything. When he appeared in an interview on ABC Primetime and someone wanted to examine the supposed alien implant in his leg, he agreed, yet when the time came for him to actually be examined he said that it had mysteriously disappeared. When some of his photographic evidence was found to be almost certainly faked, he blamed the shady parties following him of capturing him in a nefarious spiderweb of a plot to discredit him. He would use a similar excuse when he admitted that he had faked video footage of moving objects, but then said it was only because authorities had strong-armed him into discrediting himself. Then there was the time he was arrested on charges of child pornography and this was all a government conspiracy too. Wait, wait? 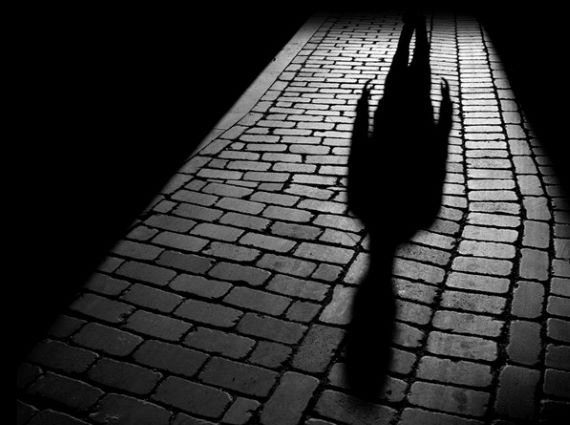 In 2014, Romanek was arrested on child pornography charges after an investigation by the U.S. Department of Homeland Security found more than 300 images, as well as video files depicting child pornography on his computer. This is a serious felony offense, but both Romanek and his wife, Lisa, immediately strongly denied the charges. According to them this was all part of a vast conspiracy to frame him and to serve as an example and warning to silence other alien abductees. Romanek adamantly claimed that the pornography had been planted on his computer by the authorities in order to implicate and crucify him, and that everyone involved in the arrest and trial were insidious corrupt conspirators. Romanek did everything but claim that aliens were actually controlling his mind in an effort to deny any responsibility for his actions. He even constantly put off the inevitable by claiming illness on several court dates in order to push back and delay the trial, anything to deflect blame and stave off having to actually face taking responsibility for what had happened.

Lisa Romanek famously proclaimed that they were going to fight it to the end, and were going to “bring ufology into the courtroom,” but unfortunately for them child pornography is pretty serious business that no one really has any sense of humor or leeway about at all, and so their bonkers claims of corrupt cops and shadowy government alien conspiracies did little to stop Romanek’s inevitable conviction. In the end Romanek got off rather lucky, in that he was found guilty of knowingly possessing the pornography on his computer but not of the more serious charge of distribution. He would be sentenced to serve two years in the Larimer County Community Corrections halfway house and to register as a sex offender, including the 10 years of intensive supervised probation and regular mental evaluations that comes with. He has also been featured on a Netflix documentary entitled Extraordinary: The Stan Romanek Story. What are we to make of Romanek and all of this weirdness? It is certainly a dark splotch on the record of the alien abductee phenomena, and whether any of his alien encounter stories are true or not, he is undoubtedly a pathetic human being that most are probably willing to agree got what he deserved.