There is a surprising number of cases in which UFOs seem to have fallen from the sky to crash to earth. It would seem that sometimes these supposed aliens have their own technical difficulties or incidents, which for whatever reasons serve to bring them down to us in our realm. One very strange case of this supposedly played out in the country of Brazil, where a strange craft supposedly smashed down into the sea to leave wreckage behind, pieces of which have gone on to become some of the most extensively analyzed and most heatedly discussed alien evidence there is. Yet the story of how these fragments of a UFO came to our attention is almost as strange.

It started with a strange piece of mail. In September of 1957, Ibrahim Sued, society columnist for the Rio de Janeiro newspaper El Globo, received a letter that was quite bizarre and enigmatic to say the least. The sender claimed that he was a simple fisherman, who while out with some friends at Toninha’s Beach, at Ubatuba, in Sao Paulo Province, Brazil, had had an outlandish experience with a UFO that crashed into the sea. The sender describes himself as having been a skeptic about such things in the past, but now a believer after what he had seen, and as proof he even offered physical evidence, which was right there in the envelope with the letter. The name on the letter was illegible and impossible to make out, but this anonymous witness would write:

Dear Mr. Ibrahim Sued. As a faithful reader of your column, and an admirer of yours, I wish to give you, as a newspaperman, a “scoop” concerning flying discs. If you believe that they are real, of course. I didn’t believe anything said or published about them. But just a few days ago I was forced to change my mind. I was fishing together with various friends, at a place close to the town of Ubatuba, Sao Paulo, when I sighted a flying disc! It approached the beach at unbelievable speed and an accident, in other words, a crash into the sea, seemed imminent. At the last moment, however, when it seemed it was almost striking the waters, it made a sharp turn upward and climbed rapidly on a fantastic impulse.

Astonished, we followed the spectacle with our eyes, when we saw the disc explode in flames. It disintegrated into thousands of fiery fragments, which fell sparkling with magnificent brightness. They looked like fireworks, despite the time of the accident, at noon, that is, at midday. Most of the fragments, almost all, fell into the sea. But a number of small pieces fell close to the beach and we picked up a large amount of this material—which was light as paper. I am enclosing a sample of it. I don’t know anyone that could be trusted to whom I could send it for analysis. I never read about a flying disk being found, or about fragments or parts of a disk that had been picked up. Unless the finding was made by military authorities and the whole thing kept as a top-secret subject. I am certain the matter will be of great interest to the brilliant columnist and I am sending two copies of this letter—to the newspaper and to your home address.

There in the envelope were several strips of a dull gray metallic material which seemed to be scorched or oxidized somewhat, smooth but with a noticeable amount of wear and tear, and which were all dusted with a fine film of a powdered substance that somewhat resembled burnt charcoal residue. Not knowing what to do with the letter and its mysterious samples, Sued merely printed the letter in the newspaper out of curiosity, then put the mysterious pieces of weird metal aside and sort of ignored them until he was contacted by a Olavo T. Fontes, a Rio physician and Brazilian representative of the Aerial Phenomena Research Organization (A.P.R.O), who had heard of the letter through its publication in the paper. Fontes came out to Brazil and took a closer look at the samples, coming to the initial conclusion that one was cracked and had fissures suggesting that it had been forcefully blown off of a larger object, and it was surmised that the whitish substance was the result of the pieces being subjected to an intense heat. Sued offered to release the strange pieces to Fontes, who took them off to be analyzed further at the Mineral Production Laboratory. Fontes himself would say of the objects in a report to the Aerial Phenomenon Research Organization (APRO) in Tucson, Arizona:

I saw the samples sent by the unidentified correspondent—three small pieces of a dull-gray solid substance that appeared to be a metal of some sort. Their surfaces were not smooth and polished, but quite irregular and apparently strongly oxidized. The surface of one of the samples was shot through with almost microscopic cracks. The surfaces of all samples were covered in scattered areas with a whitish material. These whitish smears of a powdered substance appeared as a thin layer. The fine, dry powder was adherent but could be displaced easily with the nail. Mr. Sued said the material appeared to be lead at first sight—because of the gray color—but I could see that it could not be lead … the material was light … almost as light as paper.

It was found through a battery of different tests that the metal in the samples contained only the element magnesium, incredibly pure, which with our metallurgy techniques should have been impossible, as we simply don’t have the means to create a metal that is absolutely spectrographically pure. Two further spectrographic analyses turned up the same results, and X-ray diffraction work conducted at the Laboratory of Crystallography at the department’s Geology and Mineralogy Division also found that the samples were extremely pure magnesium of a type not found in nature and beyond our capacity to create, all of which caused Fontes to come to the conclusion that the samples were “fragments’ of an extraterrestrial vehicle which met with disaster in the earth’s atmosphere.” A.P.R.O. director Coral Lorenzen was so excited about the findings that she wrote to the Pentagon’s UFO spokesman, Air Force Maj. Lawrence J. Tacker dramatically telling him:

Our organization has in its possession the physical evidence which the United States Air Force denies having been able to acquire. It is, in fact, a portion of an extraterrestrial vehicle which met with disaster in the earth’s atmosphere. The catastrophe was witnessed by numerous human beings. The gratifying aspect of this case, however, is that we do not have to depend on the testimony of witnesses to establish the reality of the incident for THE MOST ADVANCED LABORATORY TESTS INDICATE THAT THE RESIDUAL MATERIAL COULD NOT HAVE BEEN PRODUCED THROUGH THE APPLICATION OF ANY KNOWN TERRESTRIAL TECHNIQUES. 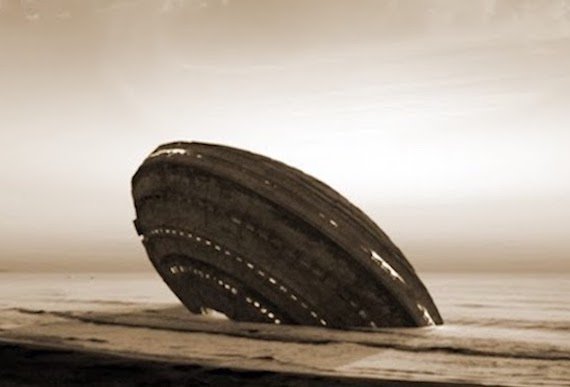 All caps, very excited, indeed. The Air Force received one of the samples, but it was unfortunately accidentally destroyed as it was being prepped for analysis. They requested another sample, but since one of the other pieces had also been destroyed by the testing done on it there was only one fragment left and they were unwilling to part with it, instead locking it away in a safe. In 1967, the A.P.R.O. grudgingly allowed the piece to be taken in for analysis, but this would prove to be inconclusive and produce conflicting results, with one lab saying that the magnesium was not as pure as originally claimed and “not as pure as magnesium specimens readily available in the 1950s,” whereas another stated that the piece was produced through a “process that was unknown when the fragments were recovered.” Ultimately the sample was just too small to really tell much, and it created more questions than answers, leaving it as an anomalous mystery. University of Arizona metallurgical engineer Walter W. Walker would say of the fragment:

All chemical analyses to date have not verified the extraterrestriality of the Ubatuba magnesium…. Considering the poor pedigree of the Ubatuba physical evidence, a hoax cannot be ruled out… [though] nothing unequivocally identifying the material as terrestrial was found either. If one accepts that it is possible that a flying saucer has a soft, weak, technically pure, unalloyed, cast magnesium fuselage, then the metallographic evidence is consistent. The surface scale, the oxide intrusion into the grain boundaries and, particularly, the subscale from internal oxidation all suggest that the magnesium was exposed to the Earth’s atmosphere at elevated temperatures. The white Mg(OH)2 coating is consistent with the burning fragments falling into the ocean…. In summary, after all these years, I consider the Ubatuba magnesium fragment as unusual material of still unknown origin.

It all seems very exciting, in that these supposed pieces of a starship were so carefully analyzed and seemed so promising, but the fact is that they were never proven as one thing or another. Also, although there are more pieces said to exist somewhere, they seem to have mostly disappeared, and have become sort of a holy grail within the UFO community. We must also face the hard truth that the whole story rests on an anonymous letter with no way to verify who the sender was, what he really saw, or even if he is who he said he was. The whole case is built on this letter and its mysterious contents, but we don’t even know where it came from and there are no real first-hand witnesses to speak to. We are left to wonder how much veracity the case has, and just what exactly those mysterious fragments were, if anything. What do the results mean? There is no way to really know, because there is nothing left to test that we know of. Who sent the letter and was he for real? Again, a mystery. This is a case that will no doubt serve to fuel debate and speculation for some time to come, and it is one of those frustrating cases in which we seemed so close to proof, but ended up with merely another conundrum that will probably never find a concrete answer.