A couple of days ago I wrote an article here on the Rendlesham Forest “UFO” event of December 1980. I wrote that one of the reasons why I conclude that the case was a secret experiment, rather than a genuine UFO encounter, was the fact that the matter of mind-altering drugs keeps popping up in the story. As I also mentioned in the article, there aren’t that many cases that fall into the same category. Interestingly, though, the incidents that do fall into that category tend to be high-profile ones, just like Rendlesham. With that said, let’s have a look at some of those incidents. We’ll begin with the story of a man named Gerry Irwin, whose story is told in No Return: The Gerry Irwin Story, UFO Abduction or Covert Operation?, It’s a book written by a man named David Booher. As the publishers – Anomalist Books – state:

“On a lonesome road in Utah, a young soldier returning from leave speeds through the desert night. Suddenly the sky lights up as a blazing object streaks across the highway and crashes nearby. Stunned, the soldier stops and decides to investigate. Little does he know, but his life will never be the same again. This is the true story of a man named Gerry Irwin. Following a mysterious experience in Utah in 1959, inexplicable blackouts and bizarre behavior threatened to derail his promising Army career. Then one day he suddenly deserted his Army post in Texas and disappeared without a trace. No one knows what became of him – until now. What happened to Gerry Irwin? Was he abducted by aliens, in what would amount to the first known case of this phenomenon on American soil? Or was he a pawn in a covert intelligence operation?” Having read No Return, I’m convinced the “covert operation” is the correct one. 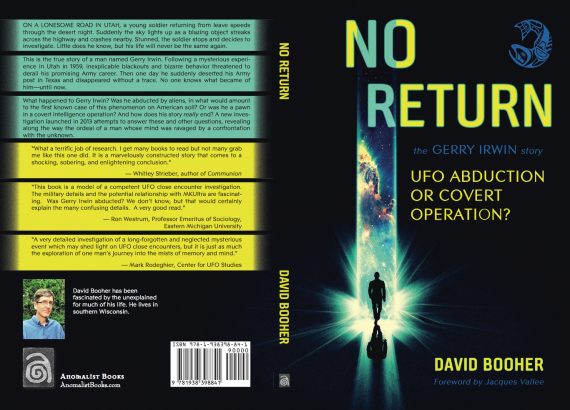 October 11, 1973 was the date of the famous alien abduction of Charles Hickson and Calvin Parker at Pascagoula, Mississippi, by strange, humanoid creatures that had crab- or lobster-like claws. The case has become a classic in Ufology. Not many know, though, that barely a few miles away from where Parker and Hickson were allegedly taken by aliens is a place called Horn Island. In the latter stages of the Second World War, the U.S. military used Horn Island, Mississippi, as a place where top secret, biological-warfare research could be undertaken. Matters were brought to an end when the Second World War was over. The official line is that research in the area was cancelled. There are, however, local tales of covert operations and experiments into mind-manipulation in the region as late as the early 1970s. In terms of what may have been used in these island-based operations, knowing fingers carefully point in the direction of “Buzz,” which has a tie to the works of both Porton Down and the Edgewood Arsenal – and both of which had links to the Rendlesham Forest case of 1980. 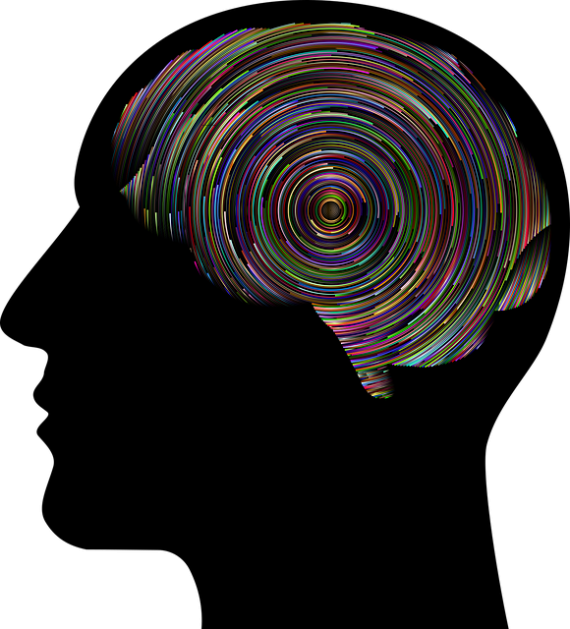 For many Flying Saucer seekers now in their sixties, seventies and eighties – and who grew up with the case – the Antonio Villas Boas incident of 1957 still remains a classic of its time. Too bad. It’s not a classic at all. It, too, was the work of agencies who chose to secretly simulate UFO events to try and determine the extent to which the human mind could be meddled with. That’s right: Villas Boas was a victim of an early MK-Ultra-type experiment, possibly one that involved (a) LSD, and (b) an unidentified airborne hallucinogen. Villas Boas totally bought into the bogus UFO encounter – as did much of the world of Ufology. As for LSD, Medical News Today say that it is a “semi-synthetic drug that combines natural and man-made substances. It is derived from ergot, a fungus that grows on certain grains, and a non-organic chemical called diethylamide. It stimulates serotonin production in the cortex and deep structures of the brain, by activating serotonin receptors. These receptors help visualize and interpret the real world. The additional serotonin allows more stimuli to be processed that usual. Normally, the brain filters out irrelevant stimuli, but with LSD this is not the case. This overstimulation causes changes in thought, attention, perceptions, and emotions. These alterations appear as hallucinations. Sensations seem real, but they are created by the mind [italics mine]. The perceptions can involve one or more of the five senses. It can also cause blending of the senses, known as synesthesia. People report ‘hearing’ colors and ‘seeing’ sounds.”

I recommend you look further into this issue of simulated, drug-driven, experiments that appeared to be UFO encounters, but that were actually nothing of the sort.