One’s first UFO sighting is often an exciting yet baffling and frustrating event – you’re often not sure if you really saw a something and you friends are generally skeptical or worse. One’s second UFO sighting is better because it validates the first and gives you more evidence to convince friends and family. That feeling may persist for the next few, but after about six or so one might begin to wonder if perhaps you’re being stalked by extraterrestrials.  Then there’s Sacha Christie. She has had nine major UFO sightings and one alien encounter and is so concerned she’s being targeted for abduction, she is terrified to leave her house. Should she be worried?

“I’ve spent my whole life trying to think of other scenarios, of things that it could be, but the only conclusion is that it’s other life forms and UFOS. Looking at the sky, it scares me, as I don’t know what I’m going to see next. But I can’t help but check the sky when I go out as it is just a habit now. It’s like I have to make sure nothing is going to fall on my head.”

Is that any way to live one’s life? Sacha Christie of Liverpool is 51 and claims to have had her first UFO experience at age seven when she saw what she remembers as a flying acorn in the sky. Could it have been a balloon or Chinese lantern? In her teens, she claims to have seen tiny zigzagging lights in the sky over North Yorkshire in 1983 – a UFO event said to have been reported by many witnesses. While her interview with The Mirror doesn’t detail all of her sightings, she singles out one in 1997 in Wales as the most significant.

“As the clouds were so low, the shadows and shape of UFO made it look like bright rippling jellyfish in the sky. Everyone had come out to look at this point, the kids were feeling a bit nervous and the sheep in the field next to us had all eerily laid down.” 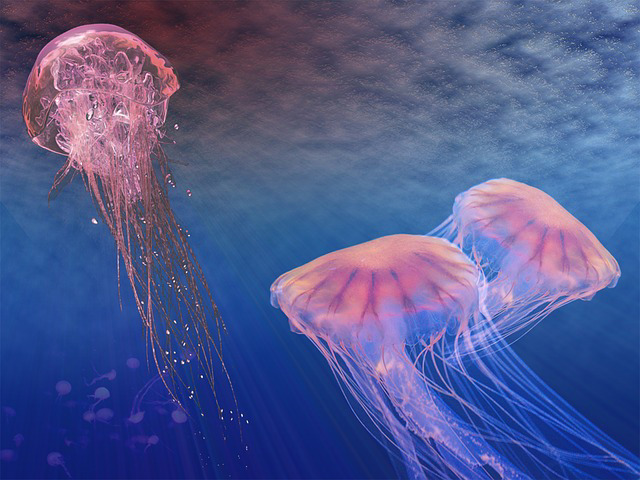 Christie she and her family were on a holiday in Glyn Ceiriog when she and other witnesses say “jellyfish” UFOs in the sky. This was pre-cellphones and no one seems to have taken a photo, but Christie provided a drawing (see it here) of the object. The sheep laying down sounds pretty serious, but that wasn’t what burned this encounter into her psyche.

“That’s when something reached out of the hedge and touched Louie’s foot.”

While Mom was mesmerized by the UFO, her son had a close encounter of the toe kind. Then it was her turn.

“I stood there for another minute or so, when I suddenly heard something running barefoot in the mud behind me. All of a sudden, it bumped into me as it ran past and my chest exploded.”

No, she didn’t give birth to an alien like in the movie of the same name – her heart started beating fast and furious. The recent article gives no more information on this or other encounters but now her list also includes an alien event. With that, Christie says she became serious about UFOs and began attending conferences and sharing her story. She now calls hersel the Paranormal Instigator and Agenda Bender on her YouTube channel and recently chastised a UFO conference for having 53 male and only five female speakers – an imbalance that is common in the field. 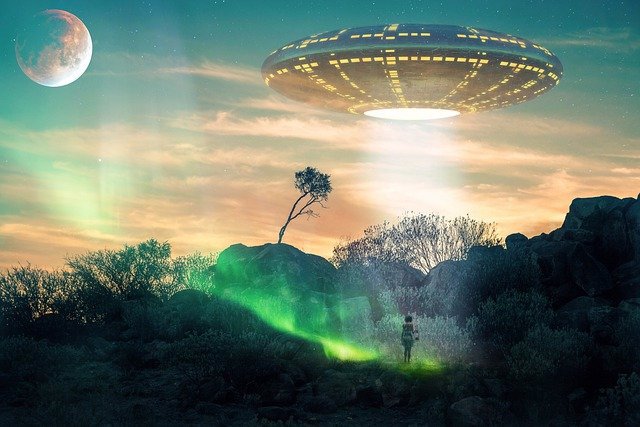 Can someone attract UFO encounters? Do UFOs and aliens stalk certain humans? If they do, Sacha Christie would certainly qualify as one. It doesn’t appear that as the number goes up, the fear goes down. Instead, she seems to almost accept that an abduction is inevitable.

“I used to feel safe before but seeing the UFOs so close up has removed the bubble I used to live in.

“This leaves me with anxiety and I get worked up every time I need to leave the house.”

“I try to stay in as much as I can during that month (February) because I suffer with severe anxiety.” The Mystery of the Mini UFO Crash

Flying Saucers in the 1940s & ’50s: When Politics Was as Significant as Sightings