One of the debates that has hovered around the UFO phenomenon is just what UFOs are. For some they are experimental aircraft being tested by the government. For others they are alien spaceships from across space, here on their inscrutable missions. Other ideas are that they are interdimensional interlopers, shifting across the bridge between realities from some parallel dimension. Yet, these are not the only ideas out there, and one that is gaining more and more attention is that aliens might not be any of the above, but rather human beings from the future.

One of the ideas that has been floated about concerning the origins of UFOs and alien encounters is that these are not aliens from another planet or dimension at all, but are rather us. The idea here basically boils down to the notion that these entities are humans from the future, perhaps so far in the future that we have evolved past being superficially recognized as such. One of the main people in recent years behind this theory is Michael Masters, a professor of biological anthropology at Montana Technological University, who has been fascinated with UFOs ever since his father had an encounter with one when he was just a child. Over the course of his career as an anthropologist, he has sought real scientific enquiry into the UFO phenomenon, and culminating in his book on the matter Identified Flying Objects: A Multidisciplinary Scientific Approach to the UFO Phenomenon.

One area Masters has seen as particularly intriguing is the idea that “aliens” might actually be human beings from far in the future, and he uses his knowledge of human evolution to help support this claim. In many reports of aliens, we have what are called in UFOlogy “the Greys,” perhaps the most commonly encountered type of entity. These beings are usually described as thin, bipedal, and hairless, with enlarged craniums, small mouths and jaws, tiny noses, and very large eyes, all very humanoid considering that if they have travelled from another planet it seems unlikely that they would resemble us so closely. Instead, Masters and others who subscribe to his theory believe that this appearance is more in keeping with the trends and patterns of human evolution throughout our history on this planet. Indeed, looking at the expected path of human evolution into the future, it is predicted that we will develop hairlessness, larger heads for more brain space, smaller mouths, and many of the other features of these so-called aliens. As a matter of fact, if one were to look at these predicted trends and fast forward an image of a modern human to simulate these changes, one will come up at some point with a being that looks very much like the Greys that are seen on UFOs. It does seem to make sense. After all, it seems more likely that we would evolve to look like them than for a completely alien species from another world to evolve to look like us. 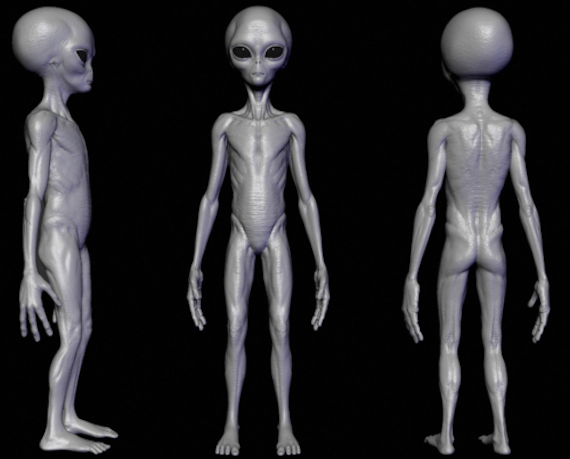 At the same time that we are evolving into this form, our technology would be making leaps and bounds as well, possibly leading to the ability to travel through time at some point, and with these fantastical machines and alien physical appearance, it would be only natural for humans to come to the conclusion that they are seeing extraterrestrials rather than time travelers. It all seems like something straight out of a science fiction story, but then again, so is the idea that aliens are visiting Earth from across light years and a sea of stars. In fact, according to Masters, the time traveler idea is actually the more rational explanation for UFOs, a simpler possibility than assuming spacefaring civilizations exist and are visiting us, and he has said of this to Space.com:

If we continue to evolve in the same way we have over the six to seven million years since we first started walking upright and our neurocranium – the upper part of our skull and brains – continued to increase in size and get more rounded. If the same dominant trend continues in the future we are likely to look very much like what is commonly described in UFO reports. The book ties together those known aspects of our evolutionary history with what is still an unproven, unverified aspect of UFOs and aliens. We know we’re here. We know humans exist. We know that we’ve had a long evolutionary history on this planet. And we know our technology is going to be more advanced in the future. I think the simplest explanation, innately, is that it is us. I’m just trying to offer what is likely the most parsimonious explanation. I think the simplest explanation, innately, is that it is us.

Well, what if we do for a moment assume that aliens are actually us from the future and UFOs their craft, then why would they be coming here to this time in the first place? The answer to that question could go any number of ways. Perhaps they are here just to study us or to investigate times in their history. Maybe they are here as tourists of a sort, just observing the past. Masters has said of his own thoughts on the matter:

The alleged abduction accounts are mostly scientific in nature. It’s probably future anthropologists, historians, linguists that are coming back to get information in a way that we currently can’t without access to that technology. Perhaps this is my bias as a paleoanthropologist, but I think they are studying their own past. There could also be a tourism component in which people pay to go back and experience monumental moments in human history. Undoubtedly in the future, there are those that will pay a lot of money to have the opportunity to go back and observe their favorite period in history. Some of the most popular tourist sites are the pyramids of Giza and Machu Picchu in Peru … old and prehistoric sites. 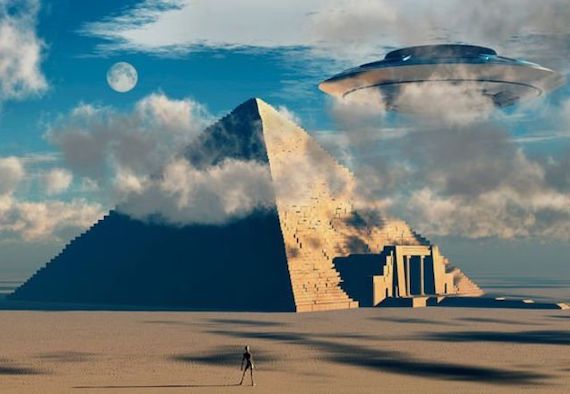 Masters even goes as far as to speculate that the fact they are time travelers rather than space faring aliens could explain why they mostly keep to themselves and have not announced their presence. After all, doing so would possibly cause disruptions in the time line and make things complicated. He has explained of this:

If they have come all this way through space, why not introduce themselves after such a long journey? With time it makes more sense, because of the complication which arrives from interjecting yourself into the past. This doesn’t change the past but you become part of the past. There’s nothing which forbids the interaction so it’s not as if we’d come into contact with our future selves and explode. It just complicates things.

There’re certainly still missing pieces of the puzzle. There are aspects of time that we don’t yet understand. Wanted is a theory of quantum gravity, and we can meld general relativity and quantum mechanics. I’m just trying to put forth the best model I can based on current scientific knowledge. Hopefully, over time, we can continue to build on this.

It could also explain why we have not made any radio contact with these aliens out there in the yawning chasm of space, because they are just us slipping around through time. It’s all a pretty wild theory, but in many ways is no more outlandish than any other idea on what aliens and UFOs might be. It certainly puts an interesting spin on things, to imagine that at least some of these entities might not be alien intelligences from beyond the stars or through the veil between dimensions, but us. Is there anything to this, or is it just grasping at straws? In the void of any concrete answers concerning the UFO phenomenon it seems at least a possibility worth pursuing, and perhaps in time we will know for sure.