Among the most amazing cases of the UFO phenomenon are those that involve crashed objects seemingly from another world. By far the most famous of these is the one that supposedly happened in Roswell, New Mexico, to the point that most other crashes are compared to it. And what a number of such crashes there are, from every corner of the globe, to the point that it seems that operating a spacecraft here is rather dangerous business. One of these cases comes to us from the wilderness of Mexico, where a UFO supposedly crashed into a plane, sending them both crashing to earth and setting off a race between governments to recover the wreckage.

The incident begins on August 25, 1974, when an American Air Defense radar installation picked up an object moving in from the Gulf of Mexico on a predicted trajectory towards the state of Texas. Whatever it was it was moving extremely fast, at an estimated speed of around 2,530 miles per hour, and it was at an altitude of around 75,000 feet. It was rather alarming, as it was headed straight towards U.S. airspace and no one had a clue what it was. It was thought that it was perhaps a meteor, but then it slowed down. Considering that it was slowing down and about to violate U.S. airspace, an alert was issued and fighters were scrambled for possible interception of an enemy craft, yet it would then surprise everyone again.

The object was tracked to the area of Corpus Christi, Texas, where is suddenly dropped to an altitude of 45,000 feet and slowed down considerably to 1,955 miles per hour, before changing course to take it towards Mexican airspace before any defense could be mounted. It then shot out over Brownsville, Texas, and gently descended once again to about 20,000 feet before suddenly and inexplicably vanishing from radar in the general vicinity of a place called Coyame, in the state of Chihuahua, Mexico, just across the U.S. border. Considering that the object had slowed down, changed course, and descended in smooth, measured steps, it was clear that this was no meteor, and it was also no equipment malfunction, because another military radar installation would report that they had tracked it as well. When the object did not appear on screens again, it was assumed that it must have come down in the desert wasteland near the town, but no one had any idea of what it could have been. 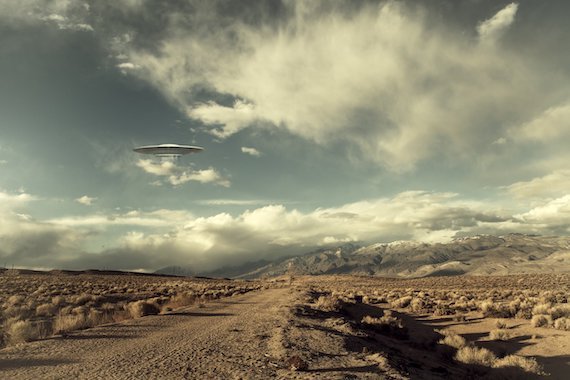 Strangely, civilian radar had apparently not picked this particular event up, but it was found that they had picked up a private aircraft that seemed to have crashed in the same area. However, the flight path of the civilian aircraft did not match that of the mystery object, making any connection between the two murky and differentiating them as two separate phenomena. The only thing anyone knew was that the object the military had tracked and the civilian aircraft seemed to have gone down in precisely the same area at just around the same time. It was all rather odd, but it was apparent that at least an aircraft had crashed, and so the Mexican authorities launched a search for the wreckage, soon finding it out among the rugged parched scrubland. That was when the weirdness would continue. In addition to the wreckage of the aircraft, it was soon reported that there was another crash site not far away, and that this one seemed to be oddly circular in shape and mostly in one piece. After that, radio silence was put into effect and there was no further word on what was going on.

The original reports and communications between the rescue crews had been intercepted by the CIA, who started putting together their own team to go and check it out, and the Mexican government was asked for permission to enter and do their own recovery mission or assist with the operation. These requests would allegedly be either ignored and met with silence or outright denied, but according to eyewitness reports the Americans didn’t really care, and went ahead anyway, mobilizing a group of helicopters at Fort Bliss, which were all painted in light brown colors and without markings. In the meantime, the CIA had apparently picked up satellite imagery showing that there had indeed been two crash sites, and furthermore there were very large flatbed trucks that had been brought in to move the wreckage, one piece very disk-like in nature, with the trucks stopping in a very remote area away from habitation and then assuming complete radio silence. Alarmed that something weird was going on, the U.S. government ordered a flyby to check it out.

A low altitude, high speed flyby purportedly showed trucks and jeeps stopped in the area and two bodies lying on the ground, and it was decided to send the helicopters in. Four military helicopters were then sent out across the border to the site, where they supposedly found the entire Mexican convoy still and the personnel all dead for reasons unknown, most of them still sitting lifelessly in their vehicles. On one of the flatbed trucks was found a large, disc-shaped craft that measured about 16 feet in diameter, and was composed of smooth silver metal, with no apparent markings, doors, windows, or visible means of propulsion anywhere on it. The disc was also surprisingly only lightly damaged, with merely a small hole and some dents to show for what was seen as an obvious collision with the civilian aircraft. In fact, the wreckage from that aircraft was also carried by the Mexican convoy, and that plane had been completely obliterated, nothing but twisted pieces. 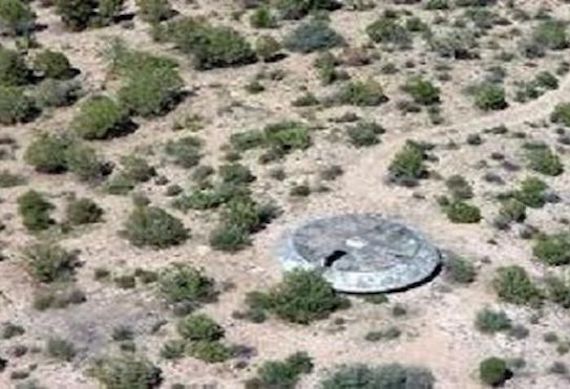 With great caution this object was allegedly whisked away by the helicopters. According to the story, before leaving the military also made sure to destroy the remains of the convoy, the plane wreckage, and all of the bodies with high explosives, in what appears to have been some sort of nefarious attempt to get rid of the evidence. The disk was apparently taken to a secure facility in the Davis Mountains, after which it was decontaminated and moved to a covered truck and brought by back roads to an unknown location somewhere near Atlanta, Georgia. The movements of the object are unknown from there, with some reports saying it was put in an underground facility, while others say it was moved yet again. No one really knows. Also mysteries are why the entire recovery team and convoy sent by the Mexican government was dead, made even more confusing in that none of the American team reportedly had any problem or illness.

It is all a lot to take in, and considering the talk of crashed alien craft in the desert, secretive coverups, and the possession of the UFO wreckage it has drawn comparisons to the more famous Roswell, New Mexico crash, to the point that it is often even referred to as “The Mexican Roswell.” Indeed, by far the most complete source and record of the case can be found in the book titled Mexico’s Roswell: The Chihuahua UFO Crash, by Noe Torres and Ruben Uriarte, who have been researching the case for years. Yet the answers remain vague. Was this a crashed extraterrestrial craft or not? There have of course been mundane theories put out to explain all of this, such as that it was not a UFO at all, but rather a drug running plane that had collided with a civilian aircraft. There is also the fact that very few people remain in the area who directly witnessed any of this, and the sources for these rumors are difficult to corroborate, with most of the information gleaned from 2nd or 3rd hand accounts and solid documentation scarce. With so little to go on, it is just a fantastic story relegated to the realm of speculation and debate. What happened out there in those desert badlands, if anything? We may never know for sure, but it is an intriguing case that is sure to capture the imagination for some time to come. A UFO Battle at a Secret Nazi Antarctica Base