There have long been tales of secret, shadowy societies and organizations lurking behind the scenes of government and world events, cloaked in shadows, pulling the strings and manipulating things as we know them. The Freemasons, the Illuminati, and others have long populated conspiracy conversations, these mysterious organizations blamed on all manner of world events and for shaping the world as we know it, sometimes working with world governments, but also often working completely behind their backs. The UFO field certainly also has its fair share of such secret societies skulking about in the background, and one of these is allegedly a top secret cabal of individuals with extremely high security clearances who have come together to gather information and evidence on UFOs and aliens that could change the world forever if ever released.

The UFO field is no stranger to secret government organizations tasked with hoerding UFO evidence and information, with perhaps the most well-known of these being a powerful “black arm” of the government called Majestic 12, also known as MJ-12 for short, which has allegedly been keeping UFO information secret since it was allegedly established in 1947. MJ-12 was purportedly formed by an executive order by U.S. President Harry S. Truman to facilitate recovery and investigation of alien spacecraft, and is made up of scientists, military leaders, and government officials tasked with being the gatekeepers of UFO information so classified that even the president of the United States doesn’t even know about it. MJ-12 is often considered to be the government’s ultimate UFO information control and policy group, operating completely in the dark, and has been the center of countless UFO conspiracies, but while it may be the most infamous, it is certainly not the only one, and there is another perhaps even more shadowy secret organization that allegedly operates behind the scenes of UFO lore as well. 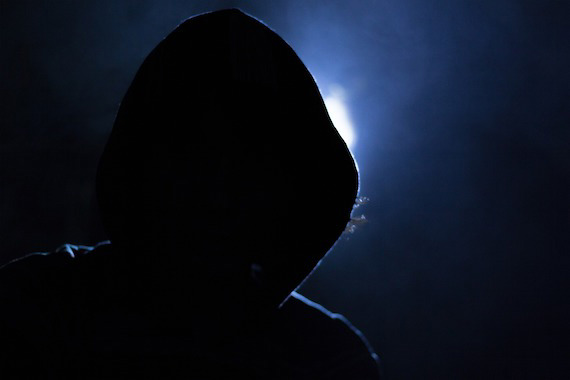 In the 1970s, a select elite group of individuals who were working on various aspects of UFO research and policy allegedly decided to begin to get together to gather and share findings, coordinate data, and discuss various research on aliens and alien spacecraft. It was all very informal at first, but as time went on, the group began to gel into a more cohesive organization that started to become its own beast. The dozen or so members of this secretive cabal used bird names as code names, leading them to be known as “The Aviary,” and the list of supposed members is a veritable who’s who of top security cleared military personnel, researchers, and people deeply involved in the UFO field.

Among the supposed members of the Aviary are “Blue Jay,” who is a Dr. Christopher “Kit” Green, MD, Ph.D, Biomedical Sciences Department, General Motors, former head of the CIA’s UFO files, “Pelican,” who is Ron Pandolfi, CIA Deputy Director for the Division of Science and Technology, and “Sea Gull,” who is Bruce Maccabee, Ph.D., research scientist in optical physics and laser weapons applications at the U.S. Naval Surface Weapons Lab, Maryland, and prolific author on supposed leaked government UFO data. There are also Hal Puthoff, physicist with the Institute for Advanced Research in Austin, Texas, known as “Owl,” John Alexander, Ph.D. in Death Sciences; Lt. Col. U.S. Army Intelligence and Security Command, and director of the Non-Lethal Weapons Department, Los Alamos National Laboratory, who goes by “Penguin,” and Cmdr. C.B. Scott Jones, Ph.D., former officer with the Office of Naval intelligence and other agencies and eminent researcher for the Defense Nuclear Agency, Defense Intelligence Agency, Defense Advanced Research Projects Agency, and other organizations, also known as “Chickadee.” We have “Parrot,” who is none other than the former astrophysicist and famous UFO researcher Jacques Vallee, Ph.D., “Condor,” who is Capt. Bob Collins, retired USAF; Special Agent, Air Force Office of Special Investigations, “Falcon,” who is Sgt. Richard “Dick” Doty, USAF (Ret.); Special Agent, Air Force Office of Special Investigations, and Ernie Kellerstrauss, supposedly security cleared for UFO information and who worked at Wright-Patterson AFB in the 1970s, who goes by the code name “Hawk,” and UFO-related technology specialist Dale Graff, who is said to be a researcher of ESP at for the “military” UFO Working Group at Los Alamos National Laboratory, known to his colleagues as “Harrier.” Rounding out the roster are civilian UFO researchers, contacts, and disinformation specialists “Chicken Little,” “Buzzard,” “Nightingale,” and “Woodpecker,” who happens to be Hollywood producer Jaime Shandera.

The Aviary seems to be mostly interested in gathering all of this top-secret information not to hide it, but to leak it to the public in a campaign of disclosure, which is directly at odds with what MJ-12 is trying to achieve with its iron-fisted withholding nature, and so has allegedly generated friction between the two groups, with members of each organization supposedly trying to constantly infiltrate the other. However, there are also rumors that members of the Aviary don’t all agree on what to do with their information, with some feeling that the public deserves to know, whiles others choose to keep it secret as a sort of trump card. This has apparently caused a rift within the group, and UFO researcher Dr. Richard J. Boylan, Ph.D., has said of this:

Leaked reports from sources close to some Aviary members, suggest that there is a split within the group, which may well mirror a split within MJ-12. On one side are Aviary members who feel that information about UFO and ET contacts should be broadly disclosed. They feel that the public is ready for this information and generally can handle it. Others within the Aviary resist such disclosure. They do not want to lose the power their “information monopoly” gives them. They do not welcome close public scrutiny of their role in the UFO cover-up, either. Additionally, some have reportedly engaged in illegal and sometimes injurious projects and operations. The split over disclosure is creating a climate in which leaks are increasing, as some try to force disclosure and establish a track record for themselves of (belated) candor with the American public. Most Aviary members appear to be well- intentioned scientists or former military or intelligence officers with careers spanning the Cold War, who no doubt sincerely believe that secrecy about UFOs was once vital. 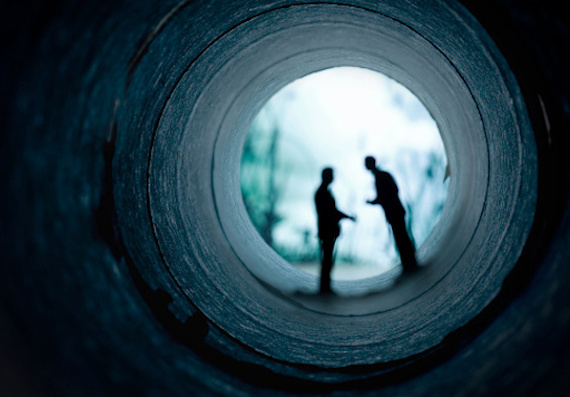 Some of the information that the Aviary purportedly has access to is, if true, rather impressive, including hard, indisputable evidence of UFO crashes and both living and dead aliens. They are said to have access to a document called “The Yellow Book,” which is a physical record of communications with an alien being called EBE-1, who was recovered from a crash and kept in custody by MJ-12. This Yellow Book is supposedly kept on a holographic compact disk that can project into holograms the information it contains. They also apparently have what is called the “Red Book,” which is reportedly a “a human compendium of information derived from the extraterrestrials” that holds all manner of predictions over the decades on world events, disasters, environmental catastrophes, and all sorts of amazing revelations. These books also apparently hold information on seemingly biblical predictions, which is where the story really goes off the deep end. Richard J. Boylan explains of this bonkers corner of it all:

The red and Yellow Books are also supposed to contain the prediction that there is one “Horseman of the Apocalypse” left to arrive. (The other three, War, Famine and Pestilence have inarguably already arrived on Earth.) The remaining Horseman is the White Rider wearing the Crown, which is interpreted to mean the Second Coming. This raises profound questions and concerns within the Aviary. Does this mean that a formal ET landing in 1997 signifies, or is, the Second Coming of the Christ? Will the ETs be bearing an ET with Christ Consciousness? Will fundamentalist Christians against the ETs as supposed threats to Christ’s supremacy? Et cetera.

The Aviary are quite concerned that fundamentalist Christians will experience spiritual, if not ontological, shock at the revelation of ET visitation, and over the reported contents of the Red and Yellow Books, which contain information that suggests that Jesus had some connection with the extraterrestrials. Adding more fuel to Aviary concerns, BT reports that a European television station reported that vatican experts on the Fatima Prophecies held a reported briefing for government representatives from the UK, France, Germany and the U.S., concerning the third remaining publicly-unannounced Prophecy. This Prophecy is rumored to deal with ET Visitation. A spokesman for the Vatican reportedly confirmed that such a briefing took place. Some within the Aviary are concerned that the theological and religious social implications may be the most serious ones resulting from open extraterrestrial contact.

Wait, what? What to make of this? Is this just fanciful nonsense or something else? Other rumors that really go out into the fringe are that the Aviary is in possession of alien artifacts and that they are in regular contact with aliens, even meeting them and acting as some sort of emissaries for earth and liaison between species. It all paints a portrait of a seriously odd secret group that truly launches into the stratosphere of the weird, leaving us to question what all of it means. Who is this mysterious Aviary and just what kind of information are they the custodians of? Do they want to work towards disclosure or keep the evidence to themselves? Do they even exist at all? There is no way to really know, and it ultimately is just another bizarre story to add to the lore of UFOs and shadowy secret organizations. A Fantastic Wave of UFO Activity In Milkyway Galaxy, 36 Intelligent Alien Species May Contact Us From 17000 Light Years