For a space program that really hasn’t done much new for decades, whose biggest claim to fame is a reliable Uber to and from the International Space Station, Dmitry Rogozin, head of Russia’s Roscosmos space program, really has a lot to say about space travel, other space agencies, and private space companies and their billionaire owners. Rogozin now seems to be afraid he and Roscosmos are being left behind in the race to identify UFOs and find extraterrestrials, so he weighed in on what his country is doing in those areas in a recent speech. In the process, he managed to disparage his organization’s main active project – the space station.

“If we talk about specific facts that, perhaps, in the history of mankind on Earth, there have been so-called UFOs, which NASA is talking about, then I want to say that these studies were and are being conducted in our [Russian] Academy of Sciences, including, the facts are collected, they are checked.”

In a televised speech over the weekend reported on by Russian media, Rogozin first bragged that Russia and its predecessor, the Soviet Union, have been researching UFOs for a long time … far longer than NASA. In an obvious dig, he implies that unlike in the U.S., in Russia the facts “are checked.” He then discusses Russia’s search for life in our own solar system, which at one time was led by Russian projects to send space probes to Venus and Mars. 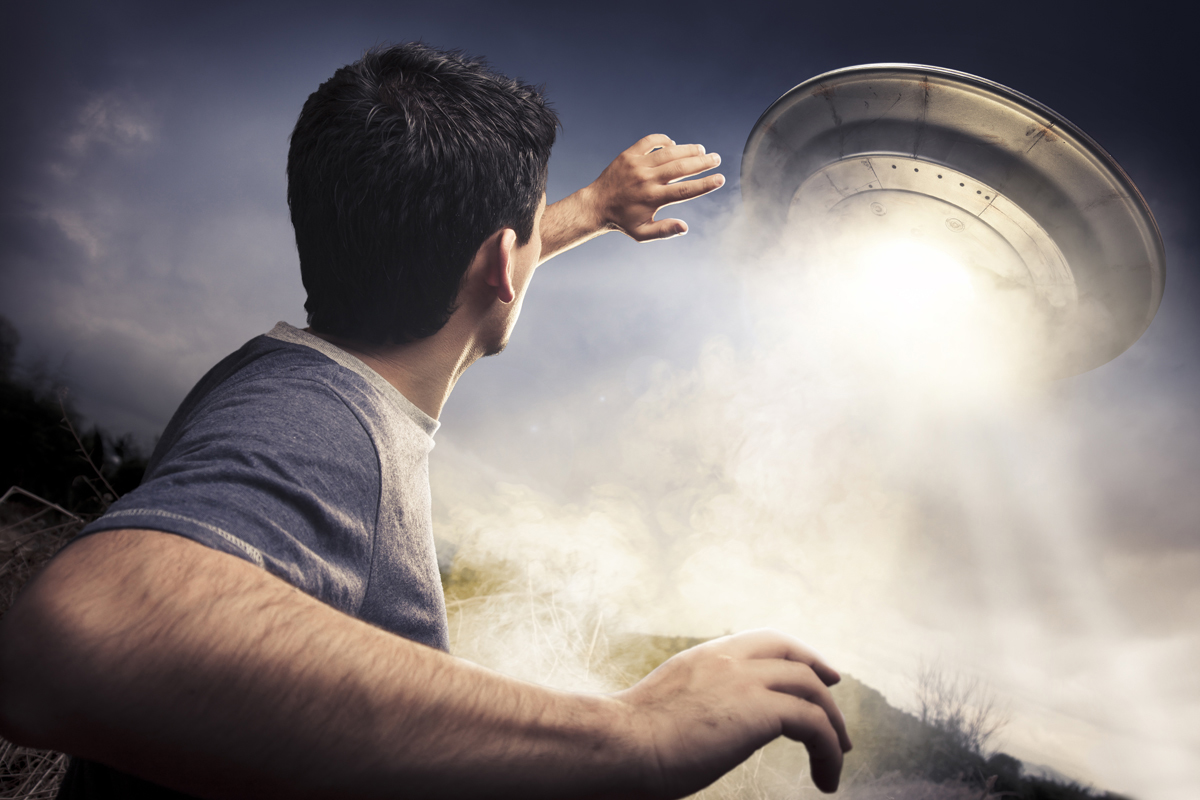 “Does such organic life exist? It can be in the simplest form. For example, we’re trying to understand whether there are signs of methane in the Martian atmosphere (methane is a sign of organic life). Or, for example whether there was life on Venus, which was destroyed as a result of thermal changes. That’s as far as inside the Solar System is concerned.”

Obviously, Russia hasn’t found organic life even in its simplest form or Rogozin would have bragged about that as well. However, he believes that there is life beyond our solar system in the “infinite number of constellations, galaxies and worlds” we can see, and in those beyond our current telescopic capabilities.

“This suggests that there are an innumerable number of factors which may be favorable for the emergence of life, including intelligent life. I consider myself a supporter of this perspective.”

Since neither Roscosmos nor NASA have found signatures of life in other parts of the galaxy, Rogozin turns his speech back to the skies closer to home and talks about the UFOs that have been reported by US Navy pilots and ships – those that have been investigated by the Pentagon and presented to the public and to Congress. Rogozin again brags that the Russian Academy of Sciences has been studying these too and points out that they don’t get excited about most of them because 99.9% of the cases reviewed were determined to be “atmospheric and other physical phenomena,” not ships created and piloted by extraterrestrial intelligent life forms. Then, like some past U.S. presidents, Rogozin admits that he’s viewed his country’s X-Files and read UFO reports made by both Russian and Soviet pilots. He hints that the sightings may be related to what the pilots were doing.

“What we’re talking about usually took place during the first test fights.”

Is Rogozin saying that extraterrestrials are monitoring the development of advanced aircraft by humans? That seems to be the case – in fact, he claims he’s contacted NASA about this and received confirmation that it happens here too – just Google Area 51. It’s at this point in his speech that Dimitry Rogozin drops perhaps the biggest revelation about his belief in extraterrestrials and why they might be flying UFOs around Earth’s test pilots.

“Is there any other life than ours, and does this life have a higher technological level that allows us to look at our planet, our civilization through a magnifying glass, without interfering with its further development. Not only can we examine microbes, but we can be examined like microbes.”

The head of Russia’s space program sounds like he’s endorsing the Zoo Theory of alien contact – ETs are here and they’re watching us the way we watch animals in a zoo or, in a far less flattering picture, study bacteria in a Petri dish.  Does Rogozin know something we don’t … or that our leaders do but aren’t sharing with us? That’s always a possibility for both countries. However, Rogozin’s fixation on humans being studied by ETs like we’re bacteria may have been linked to his space program’s real concern about bacteria on the space ship they otherwise don’t seem to care much about anymore – the International Space Station.

At the same time Rogozin was giving his speech, TASS reports that the Director of the Institute of Biomedical Problems of the Russian Academy of Sciences (RAS) Oleg Orlov was addressing a joint meeting of the Russian Academy of Sciences’ Space Council and the Presidium of the Scientific and Technical Council of Roscosmos on the status of ROSS – Russia’s orbital service station. While Roscosmos in the past has vacillated between sticking with the U.S. on this or abandoning the ISS completely and building its own space station. Orlov is revealing that the real answer is somewhere in the middle … and it’s not exactly a safe place to be because of bacteria.

“The option of creating the ROSS using the ISS modules will lead to the transfer of the microbiota to the new modules, will accelerate the process of their biocontamination which will result in potentially pathogenic bacteria and technophiles participating in the process of the biodestruction of materials emerging at the ROSS.”

According to Orlov, the plan is to build the ROSS using modules from the ISS – Russia has continued to attach new modules to the space station despite the debate over its future … not to mention the discord between the two countries over the war in Ukraine. Roscosmos is concerned that these modules have been contaminated by pathenogenic bacteria during their attachment to the ISS – obviously from the U.S. side – and will carry that biocontamination to the new and squeaky clean ROSS, thus contaminating its experiments before they can even start. It turns out Roscosmos knows something about space station contaminants – during the lifespan of the Mir Space Station, over 140 different micro-organisms were found on it, with 65 percent of samples taken from it showing contamination, including superbacteria like staphylococcus and streptococcus, and extremophile molds.

If Roscosmos and Russian Academy of Sciences are this concerned about bacterial contamination, and Roscosmos chief Dimity Rogozin believes ETs are observing us like microorganisms, are we in danger of being ‘decontaminated’ by aliens in order to protect themselves?