For three U.S. Army veterans, “irony” is their account of a UFO sighting in 2014 being told after years of the military suppressing it on the same day as the U.S. Congress holds UFO hearings with the Pentagon in the name of ‘openness’. While the majority of the military UFO sightings getting all of the media attention in the past few years have been made by Navy pilots and personnel flying and floating on American coasts, these three witnesses were Army ground forces stationed on the in the Sinai Desert on the Israel/Egypt border. One way these Army personnel were like their Navy counterparts in the UFO witnessing game – their accounts were suppressed by commanding officers. The Daily Mail has finally given them their chance to tell their stories in an exclusive interview. 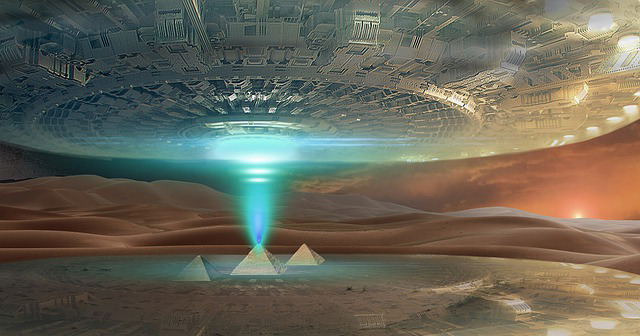 Sergeant Travis Bingham, E4 Specialist Vishal Singh, and Private First Class Dovell Engram were part of the 3rd Cavalry serving on a Multinational Force and Observers mission (MFO) deployed to monitor the border for nine months in December 2014. Bingham says he was notified of the UFOs by Engram, who was on watch at Observation Post 3-1 in Sinai near the south end of the Israel-Egypt border. Engram claims the object he saw was bright and spinning – a description which was confirmed by other outposts up to 200 miles away after he made some “Did you see that?” calls. At that point, he notified Bingham, his commanding officer, who gave this description:

“I would describe it as a big object with several smaller objects, which appeared to be communicating, or scuffling, like a dogfight in the air. We knew it wasn’t our military and it was baffling.”

“To this day, I’ve never seen anything like the craft, covering such distance with extreme speeds.”

Singh says he watched the objects with night-vision goggles and determined the biggest one was oval, about the size of a jumbo jet and flying at an altitude of 30,000 feet at an estimated speed of several thousand miles per hour. He described it and the smaller objects as “moving like fireflies, left, right, up and down” and making instantaneous high-speed turns.

After observing the smaller objects rejoin the large one, they claim it shrank in one spot until it disappeared. At that point, they checked with the Egyptian and Israeli militaries, but neither could (or would) identify the craft. authorities, but said neither knew what the ‘craft’ were.  Bingham, Singh and Engram expressed their frustration to The Daily Mail – they were all trained observers familiar with all military aircraft and they could not report on what they saw because they had no idea what it was.

Singh says a superior officer reprimanded him for talking about the UFOs, first verbally and then by giving him a disproportionate number of minor violations in an attempt to get him fired over allegations about his mental health. He expressed concern that other veterans who were UFO witnesses were also persecuted and intimidated by senior Pentagon officials – an ironic observation on the same day of the congressional UFO hearings involving Pentagon officials.

Since this report came from a military base in an area of the world with constant conflicts and aerial operations, the first conclusion is that these must have been military drones – either currently deployed or, because of the reported hypersonic speeds, secret experimental crafts. Experts contacted by The Daily Mail said these descriptions match no known drones in use in 2014. 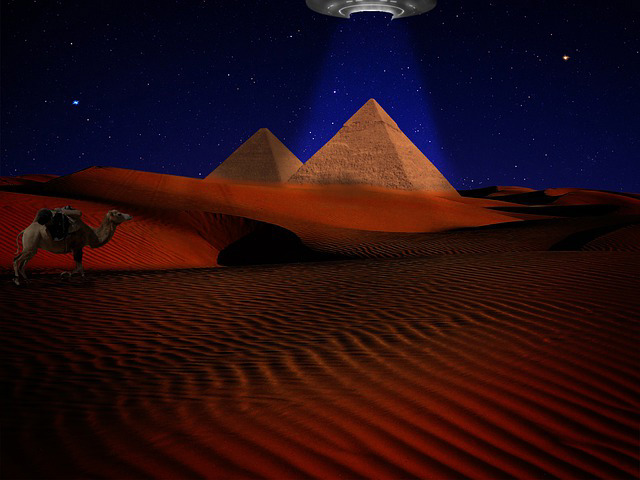 That leaves alien spacecrafts. Despite the beliefs by many that ETs helped in the construction of the pyramids, Egypt isn’t a hotbed of UFO activity. The Daily Mail refers to what it calls a “famous incident” in 1985 at an international military base in El Gorah where troops from the US, Norway, Fiji and Colombia saw a bright object hovering outside the perimeter fence for ten minutes before quickly taking off.

Then Daily Mail does not say how the contacts with Travis Bingham, Vishal Singh and Dovell Engram were made, nor why they decided to share their stories after all of these years. Could it be because of the current air of openness about military UFO reporting? It should be noted that none of three make any mention of “aliens” and that was also true of the Congressional hearings. Will the new Pentagon UFO department finally investigate this report?

Or will the next budget include a requisition for a bigger rug to sweep it under?