On September 20, 1977, a very strange series of events began playing out across the skies of the Soviet Union and surrounding region. Starting from around 1:00 a.m., reports began pouring in of witnesses seeing an unidentified luminous object moving about noiselessly in the sky. Between 1:00 and 1:20 am UTC alone there were at least 48 reports of the object, and considering that these sightings were coming in from all over the place, it was obvious that there was more than one of the objects involved. Thus would begin one of the most intense and weirdest UFO waves ever.

The anomalous objects seemed to take on different appearances in different areas, ranging from a simple bright light, to a bright cylindrical object trailing smoke, to a spherical craft of some kind, to a spinning orb emanating shards of light, and such was the difference in the appearance of the various reports that it seems as if they could not possibly have been the same thing and that they were dealing with a plethora of phenomena. These objects were most intensely spotted in various places in the Soviet Union, mostly in the northwest, but they were being seen all over the place, over a vast territory stretching from Copenhagen, Denmark and Helsinki, Finland in the west to Vladivostok, Russia in the east, which along with the varying appearances suggested that there was more than one object. These mysterious objects were being seen by a wide range of witnesses, including policemen, sailors, ambulance crews, pilots, air control towers, plane passengers, reporters, amateur astronomers, members of the military, and local airport staff, and no one had any explanation for any of it. Making it even stranger still was that none of the objects were ever picked up on radar, despite being seen by air traffic control operators, and the objects were not picked up by the Soviet air defense system either. 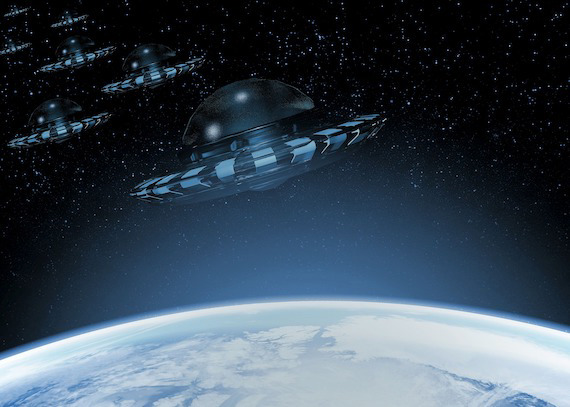 Among the many sightings coming in, some were particularly notable. In the settlement of Kurkijoki, a huge luminous object was seen by engineer A. Novozhilov, who said it looked reminiscent of a bizarre enormous airship, around 100 meters long and tipped with brightly shining spots on the front and back and with edges glowing with white light. It was described as having what looked like windows lit from the inside that were evenly glowing with a white light. During the incident, the mysterious craft was reported as dropping a smaller object that looked like a brightly shining ball from the rear, which then shot off to disappear behind a forest as the larger craft flew off out of sight. Throughout the whole bizarre sighting the object remained completely silent, and although Novozhilov took three photos of the sighting, none of them turned out well.

Even more spectacular still were a series of sightings made in the skies over the city of Petrozavodsk, in Russia, which was at the time the capital and a major industrial hub of the Karelian Autonomous Soviet Socialist Republic. One of these sightings allegedly occurred at approximately 4:05 a.m., when a group of dockworkers saw a bright light moving through the skies from the direction of Lake Onega in northwest Russia. As it inexorably drew closer, they could see that it looked like a huge, amethyst-colored “glimmering jellyfish,” complete will luminescent tentacles dangling beneath it, which then proceeded to hover ominously above Petrozavodsk. After some time of hovering above the city, it was described as then unleashing a salvo of thin beams of light down to the ground, “showering the city with a multitude of very fine rays which created an image of pouring rain.” Seeing as how this was at the height of the Cold War, the dockworkers feared it was some sort of attack by the Americans. It stayed there for a full 12 minutes shooting these beams down into the city, before floating off and then suddenly shooting skyward to leave “a burning red hole in the clouds.”

It would later turn out that many terrified people in Petrozavodsk were seeing the mysterious object as well, and they were also describing beams being shot down towards the earth. News correspondent Nikolai Milov would see it and describe it as “a huge star that flared up in the dark sky, impulsively sending shafts of light to the Earth.” In another sighting an object with a jellyfish-like cupola was seen expanding and pulsating as it released a bright “cloud” that was round or oval in shape as it fired numroud beams towards the ground that lit it up as if it were daytime. In all cases the jelly-fish like craft was described as being immense, with a cupola estimated a being about 105 meters across. Every single one of the sightings happened within 15 minutes of each other, before the object shot off into the night, or as in the one report through the clouds, its intent and reason for firing all those beams unknown.

The spate of sightings would end by the next day, but the intensity of the events had left people rattled. Considering the sheer volume of reports of these objects coming in from all over the Soviet Union and surrounding countries, there was much alarm from these governments that it represented a threat. An investigation by the Academy of Sciences of the USSR determined that further study was required of the UFO phenomenon in order to determine if it all posed a danger, and so the Kremlin launched a state investigation into the phenomenon managed by the Defense Ministry and Academy of Sciences, which would collect and study reports of these sightings and beyond, eventually operating right on up until the end of the Soviet era. With regards to the phenomenon happening over the skies of Petrozavodsk, they were quick to explain it away as misidentifications of celestial phenomena, the testing of an experimental aircraft, or the launch of the Soviet satellite Kosmos-955. UFO researcher Paul Stonehill has said of this:

People felt unusual psychological gloom the day before. This cannot be explained by Cosmos launching. And the Soviets, they tried to cover up after that — but it’s a very strange case, and Petrozavodsk is in north Russia. It’s a very interesting territory. They have had UFO sightings for centuries. They couldn’t explain the presence of the jellyfish-like object over Petrozavodsk. If it was only Soviet technology that they had mistaken, why create a special program to study UFOs?

So what were people seeing that night in 1977? There have been many theories proposed over the years, including meteors, a satellite launch, aurorae, experimental aircraft, some sort of atmospheric chemiluminescence, or some other celestial phenomenon, but none of these explanations totally fits what was seen, leaving many left with the idea that it could have been extraterrestrials or even “atmospheric beasts,” which are theoretical creatures living in our atmosphere high over the earth’s surface. It is hard to say, the only evidence is eyewitness testimony, illustrations, and some photographs that remain frustratingly inconclusive. However, it is worth noting that the sheer number of witnesses, many of them from groups that are traditionally reliable and from all walks of life, make it a startling and very compelling case. Whatever happened that day in 1977, we will probably be left wondering.