The annals of UFO reports are peppered with various tales of the weird. All manner of strange objects have been seen in the skies, from all corners of the globe, by land and by sea and by witnesses of all kinds. Some of these have managed to slip through the cracks and be sort of lost to the mists of time, but they often hand on tenaciously somewhere in the background, strange little anomalies mostly forgotten about but every bit as intriguing as other more mainstream reports. One of these must surely be a sighting that occurred aboard a vessel off the coast of Adfrica during the veru infancy of the modern UFO era and which was supposedly absolutely massive.

In 1954, a Mrs. A.M. King, of Westlands, Nairobi, Kenya sent a letter to Australian UFO researcher Edgar Jarrold telling of a very bizarre experience she had had in 1947 aboard the Union Castle Line’s ship the SS Llandovery Castle. At the beginning of July of that year she claimed that the vessel was traveling through the Straits of Madagascar on its way from Mombasa, Kenya, to Cape Town, South Africa, and on this evening she said she had been on the deck of the ship with clear skies with another passenger when they had quite the strange experience with a truly enormous unidentified flying object. She would say of what happened:

I was on deck with another lady passenger at approximately 11.00pm when we noticed a particularly bright star. It was travelling very fast and approached the ship. Suddenly a searchlight appeared which flashed a strong beam of light on the water within fifty yards of the ship. It descended, its beam shortening and becoming brighter as it neared the water, and the next instant there was no more light, but an object appeared, apparently made of steel, and shaped like a cigar cut at the rear end. It remained in the air about twenty feet above the sea, parallel with the ‘Llandovery Castle’, and travelling in the same direction. Gaining a little in speed, after a second or two the whole shape disappeared without a sound, from the rear end issuing fierce flames which shot out to about half the length of the object. It appeared that there must be something like a huge furnace inside the thing, but we still could hear no noise from the flames. No windows could be seen, only a band of metal around the entire thing which, if it had been a complete cigar shape, would have been centrally situated. The object was very large, about four times the length of the ‘Llandovery Castle’, and at a rough guess, four times as high. We had a wonderful view, but in a few seconds it had disappeared. No light was seen forward on it as it left; it just vanished soundlessly in the darkness. For a while we thought we were the only ones on deck at that late hour, but, walking to the prow of the ship, we saw there one of the ship’s officers with a few passengers; the entire party had seen the same thing. Whether or not it is recorded in the ship’s log, I know not. 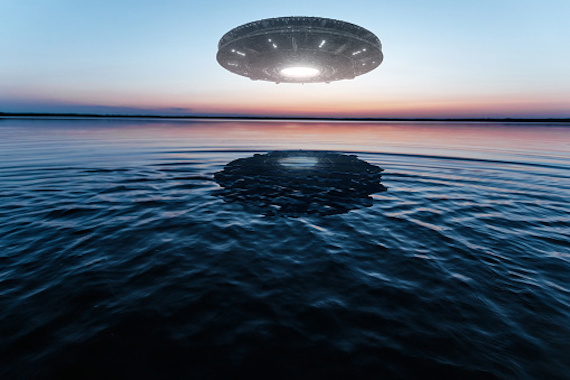 It is a remarkable report because it just happened to have occurred merely days after private pilot Kenneth Arnold had claimed that he had seen a string of nine, mysterious shiny unidentified flying objects flying past Mount Rainier, Washington on June 24, 1947. It was the first post-World War II sighting in the United States that received widespread nationwide news coverage and has long been considered to have started the notion of UFOs in the public consciousness and ushered in the dawn of the modern UFO age, so the timing of the SS Llandovery Castle is interesting in that it is one of the first sightings of this new era. Also remarkable is the sheer massive size of the object in question. King described it as being four times the length of the vessel, which would have made the mysterious cigar-shaped object at least 1,600 feet long.

The SS Llandovery Castle was subsequently picked up and written about by various authors and UFO researchers, including Frank Edwards, Dr. James McDonald, and Jim and Coral Lorenzen of the Aerial Phenomena Research Organization (APRO), but it was McDonald who really seems to have hit pay dirt. In 1969, MacDonald sent several versions of Mrs. King’s account as published by some of these authors and asked her for her thoughts on them, which prompted her to give him a new account of her experiences that would add some intriguing and somewhat more spectacular new details that had not been seen in previously published versions of her account. Mrs. King would write:

I cannot vouch what was written in the ship’s log book. I will recount only what I saw personally while I was standing by the rails, of the S.S. Llandovery Castle from Mombasa on the 30th June in 1947. A few days later when going through the Straits of Madagascar and the time about 11 p.m. was the time the sighting was made. The deck of the ship was deserted except for one elderly lady passenger and myself. All the deck chairs had been collected by the steward and stacked in piles at one end of the deck. All that remained was the two chairs which we occupied. I pointed out to my companion that the deck steward was waiting for us to vacate the chairs. We left the chairs and went over to the rails ofthe ship and watched the porpoise in the water.

I then looked up into the sky. It was a moonless night, with brilliant stars. I saw one falling star. I then saw another very much whiter star, and this attracted my attention as it did not fall like the previous one, it kept falling and I was interested to see when it would finally vanish, but this did not happen. This star travelled at a great speed from a very great distance, it was visible all the time, and I would estimate at least ten minutes before it came alongside of the ship. It came directly at the ship, and I wondered whether it would hit the ship. I wanted to go and tell somebody but thought I had better stay.

When the craft was approaching the ship and near enough for me to see the shape of the very strong white light, that about a mile up in the air one could see that the light was round in shape, so white that it looked like magnesium light. The shaft of light was very strong and shone down on to the waves. It showed the crest of the waves and the natural colour of the water-very clearly. At this point I asked my elderly companion if she would walk to the stem of the ship to see if anybody was there and ask them to come quickly. During this interval the craft had now shut off the light and I saw a long shaped cigar shaped craft. It was a gunmetal in colour, dull polished. It hovered about 20 feet above the water, just clear of the waves. I could see this plainly as the lights from the portholes of the ship were shining on the craft. Now alongside and travelling in the same direction as the S.S. Llandovery Castle it did not move any closer, it kept the same distance both from the top of the waves and distance from the ship. The front and rear end of the craft was in darkness, but fortunately I saw a band of steel material the same colour as the body round the craft, and from this I was able to judge the speed, that it was in fact keeping up the same speed as the ship.

I waited and hoped that an opening would be made somewhere in the craft, but nothing was visible, I looked carefully for windows or portholes, but there was absolutely nothing I could see. During this period, my companion returned and she said the Second Officer had seen it, and it was not the first time. There was a party going on at the stem of the ship, I don’t know how many people were there. We both stood watching the ship and then it began slowly to gain speed and in a flash it disappeared. The end of the craft was completely open, and ribbons of blue and red lights, these lengths of flames were longer, I think, than the craft itself. At the end of a red streak was a red star, at the end of the blue streak was a blue star. The colour ‘red’ was more of an orange/red and the blue colour resembled an electric blue colour, perhaps a shade lighter. The ribbon light was straight broad ribbon of light, not broken or moving about like a flame. It looked as if two people were holding wide ribbons taut. There were-no fumes, smell or noise of any engines. I only saw this in seconds, it appeared all lights were turned off, and the craft vanished into darkness. 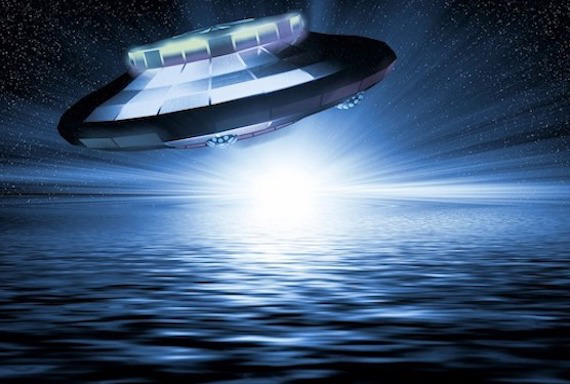 She also emphasized to McDonald that the incident had caused her great mental stress at the time, and gave some new insights into the dimensions of the craft that she had not mentioned before. She would write of this:

The S.S. Llandovery Castle, was one of the Union Castle Line’s smaller ships and I would say that the craft was more than twice the length. This is very difficult to judge, as both ends of the craft were in darkness and only the middle section was visible. Indeed, I took it that the band around the aircraft was centered, but again this may have not have been centered. The height is also difficult. I was pressed to-try and say how high the craft was, and could only imagine the outline vaguely. I did some years later try to look at three Castle ships which were lying together in Nilindini Harbor. I took out a small motor boat, and from the distance about where I had seen the craft from the.ship, again this did not help me very much. I was on the sea level and not looking at the same angle.

What was witnessed out there? What was this enormous craft and what did it want? Why were there not more witnesses to the event, and are there perhaps other reports of the same thing that never came forward or were buried in time? Whatever the case may be, it is certainly a very odd UFO sighting at sea, inexplicable, and adds to the overall bizarre dimensions of the UFO phenomenon as a whole.