Some alien ancounters really stand out as weird and yet have been mostly forgotten. Luciano Galli was a humble 42-year-old mechanic in Bologna, Italy, who by all accounts was a rather normal and unassuming person. Described as “a simple normal man, rather small in stature” and with a face that was “somewhat childlike,” the father of three worked in a small mechanic workshop near the via Castiglione. He mostly kept to himself and went about his work, spending his free time fishing alone and living a peaceful, quiet life out of the spotlight, but in July 7 of 1957 he would have an outlandish experience that would put him on the front page of newspapers all over Italy. Here would begin one of the oddest and lesser known alien encounters there is.

On July 7, 1957, Galli reportedly left his home at 2:20 p.m. in order to go back to work after lunch, and as he approached the alley in which his workshop was located a fancy black car Fiat 1100 pulled up to stop in front of him. As Galli wondered who this car could be, out stepped a “rather tall gentleman of the dark type,” with a moustache and “regular features and very dark eyes” and dressed in a dark gray double buttoned suit. Inside of the car was another man, this one without a moustache, with “delicate features” and wearing a “light colored costume.” This man in front of him apparently had a face that was “of the kind which invites you to be friendly” and spoke fluent Italian, which immediately put the startled mechanic at ease, and Galli then realized that he recognized this individual. He would say of it:

I knew the man with the moustache from sight. I had noticed him several times in town, he even seemed to follow me once, I remember, I walked with a friend through the arcades of via Castigilone when I saw this man again. As always, he looked straight into my eyes and this time I wanted to address him, but suddenly, he disappeared from view. Now this very stranger was standing before me, asking me if I remembered him. I said yes. “Won’t you come with us”, he asked. “Where to?” “have confidence, nothing bad will happen to you. 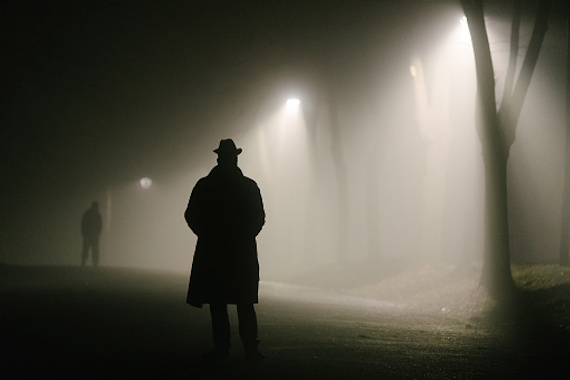 Galli apparently felt at ease enough to accept the offer and get into the car, after which they drove off to a place called the Croara ridge, about 57 km away from Bologna. Here is where things would start to get surreal, as according to Galli there was a shining gray metallic disk hovering about 2 meters above the ground not far away. As the mechanic stared with mouth agape he began to feel fear and panic creeping through him, which was dispelled by the mustached man assuring him that they meant him no harm. A metallic cylinder then emerged from the bottom of the craft and the man urged Galli to get into it, from which he entered the ship and was met with flashing lights he was informed was him being photographed, presumably so the aliens would have evidence of their encounter with a human. Galli would describe the interior of the ship:

The pilot’s cabin was spacious and round with a lot of instruments around, panels with many lights. There were also hatches, and the seats were fixed somehow to the floor. In the middle of the floor was a kind of circular window, about one meter wide. Through it we could see the earth fall away from us. First the earth looked like from one of our own planes, then – when we were already in the dark zone – it looked like the moon and later like Venus or Mars. The ‘commander’ spoke a perfect Italian. I asked him how he had managed to learn our language so well. He answered that he had used a very good method.

Galli then noticed through one of the ship’s windows the “silhouette of an enormous blimp” that he estimated as being at least 600 meters long and which had smaller “scout craft” entering and exiting through hangar openings. Galli would explain that this apparent mother ship had several hundred people walking around these hangars, both men and women, and all of them wearing outfits made of a “shining plastic or silky material.” He explained that each hangar was able to hold at least 50 people and was capable of accommodating at least 50 smaller saucer-shaped craft. Galli would describe this mother ship:

Its length was at least 600 meters. One end was cut like the end of a cigar. This huge ship emitted phosphorus light and on top of that it looked as if strong light beams were directed toward it. Underneath the cut end, six openings came into view, out of which and into which small flying disks were seen coming and going. Every opening was divided by a partition wall into six smaller cubicles, all wide open. 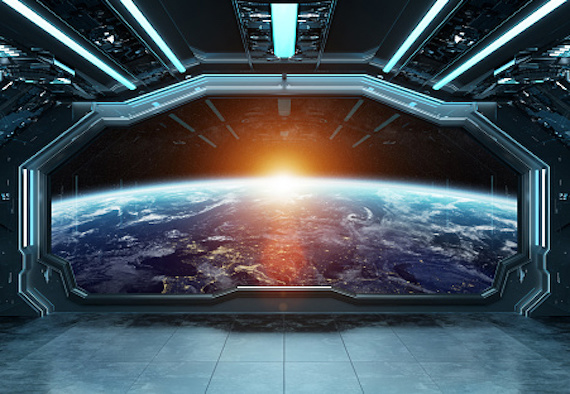 When the ship he was in landed and he stepped out into one of these hangar bays, these people proved to be smiley and welcoming, and Galli would describe the women as very beautiful. Galli was then told that this particular ship had come from a base near the planet Venus and that they had many other such ships, before leading him to an enormous hall, then some sort of library, and then finally a room described as the commander’s area. When this guided tour was over, he was allegedly brought back to the very spot near Croara ridge and dropped off, with the whole trip having taken three hours and ten minutes.

The story of Luciano Galli is mostly known through journalist Renato Albanese, who in 1962 did a series of articles on it for the Italian newspaper Corriere della Serra, interviewing Galli and even going to the ridge where the ship had taken him away. It became big news all over Italy at the time, although Albanese was rather skeptical of the account. He believed that it was a made up story possibly inspired by ufologist George Adamski, who in the 1940s had taken several photographs of what he claimed were large cigar-shaped “mother ships” as well as smaller bell-shaped craft, and in the 1950s had had a series of encounters with blonde Nordic type aliens he called the Space Brothers. These Space Brothers also were apparently from Venus and also travelled in small scout ships to a massive cigar-shaped mothership, and Adamski too claimed he had been taken aboard and guided by a tall blonde alien called “Orthon.” To Albanese, Galli’s story was an obvious rip off, but he did add:

His detailed description reminded this interviewer much of George Adamski’s photos of bell-shaped craft. Yet, Galli was ready to take an oath that at the time of his experience he had not even heard the name of Adamski. Later, in order to make me believe that he was not telling fairy tales he wanted to sign a declaration: “I do not want people to say that I made up this story in order to gain publicity or money. What I have told is the naked truth.” When I asked him if he was sure that those things had not happened to him while in trance or under hypnosis, he answered “I have never been hypnotized.” “I took this trip in my physical body, this is indeed so. What I say is nothing but the truth.

Real or hoax, Galli’s report is really pretty damn strange. There is probably no way to ever know just what he experienced, if anything, but it remains a very odd report from the early days of the modern UFO era and a pretty weird early example of an alien abduction report.