Skip to content
Lying off the coast of Uruguay, in South America, is a tiny speck of rock called Isla de Lobos, meaning “Island of the Fur Seals.” It is nothing more than a desolate slash of rock patrolled by its titular seals and not much to see except a spire reaching up towards the grey sky that is the island’s lighthouse, which at 66 meters in height is among the tallest lighthouses in the world. Although it is now fully automated, there was a time when a garrison of men was required to live in isolation at this remote place in order to operate it, and our story here comes from that era. Here we get into a strange alien encounter from a faraway, remote place, which has never really been adequately explained.

In October of 1972, a total of five men were stationed at the Isla de Lobos lighthouse, working a shift of 15 days, after which another crew would come in and take over. At the time the lighthouse was operated by the Navy, and stationed there were Corporal Juan Fuentes Figueroa, enlisted men Jose Gomez and Hector Gimenez, a telegraph operator Jose Lima, and the sub-officer in charge, Francisco Cascudo. On the evening of the 28th, at around 10 PM Corporal Fuentes went out on a routine patrol to check on the power generators at the back of the facility, but his attention was caught by some strange lights in the sky hovering near the top of the generator building, seemingly right above a terrace that was situated up there about 20 feet above the ground. The lights looked to him like car headlights, although this was of course impossible, and they seemed to be flashing and oscillating between a mix of white, yellow and violet.

Fuentes was so unsettled by the sight that he went back to get his pistol, oddly not telling any of the other men what was going on. When he went back outside to approach the generator building again, this time he could see that there was an object up there apparently landed on the terrace, described as a metallic, copper-colored object shaped like an inverted bowl, standing on some sort of landing gear and with a rotating antenna of some sort on its top. What’s more, in the eerie illumination of the lights there was what looked to be a figure standing beside the object, and a second and third figure were descending from the craft. They seemed to be wearing some sort of dark suits akin to diving suits, their heads appearing somewhat elongated and oversized, and one seemed to be noticeably taller than the others, although Fuentes could not make out a lot of details. He then realized that they had turned towards him and seemed to be very aware that he was there.

At this time, Fuentes was overcome with fear and panic, and raised his pistol to point it up at the craft. It was at this point that he felt a strange sensation throughout his body like a vibration that sent his hair standing up on end, and found that he was unable to move, as if paralyzed, all while a voice boomed through his head that said “Don’t shoot because it is useless.” After this, the strange entities went back up into their ship, seemingly walking up steps of some kind, appearing to be pulling themselves up with handrails, after which the craft closed and began to lift off as its landing legs retracted telescopically. It hovered up in the air momentarily, then silently sped off at breathtaking speed with a flash of bright light like a fireball. At this point, Fuentes ran back to the others and told them what had happened, but no one believed him. Considering he was the superior officer and no one believed him, this came as a shock, but it would seem that at least one of the men, Francisco Cascudo, thought it was odd enough to pass it along to a superior officer. 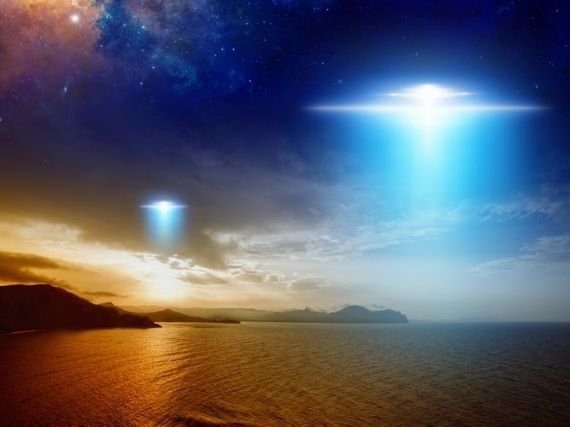 Not long after their tour at the lighthouse ended, Fuentes was called aside by high-ranking officials, who interviewed him at length on what he had allegedly seen. Fuentes would claim that there had also been two men who he believed to be from the U.S. Embassy lurking in the background taking notes, and who were later identified as officers of the “Spatial Affair Service.” Fuentes was also shown various pictures of different UFOs and asked to point out which were most similar to what he had witnessed and then dismissed. At no point was he ever directly questioned by the mysterious Americans, but he could see them excitedly talking to his interrogators in another room, making it obvious they were very interested in his sighting. After this, the case came to the attention of the Uruguayan UFO Investigation Center, who subjected Fuentes to some psychological tests and came to the conclusion that he was a solid witness, described as “sincere, uncomplicated and simple, with no tendency to fabrication or fantasy and lacking an average imagination.” It was also noted that Fuentes had no previous interest in or knowledge of UFOs, and they came to the conclusion that he at least truly believed he had seen what he claimed. Sub-officer Cascudo would back this up, describing Fuentes as a “simple and honest man, incapable of inventing a story of this nature.”

Skeptics of the case have speculated that Fuentes merely saw a helicopter and its occupants, who had panicked and flew off when he had aimed his pistol, but how does this explain the mysterious paralysis or the voice in his head? Also, why would a trained Navy man mistake a helicopter for a UFO, especially since he was painted as an honest man with no propensity towards jumping to far out claims? The case of the Isla de Lobos UFO encounter has never been solved, and we are left to wonder whether this was all tall tales, misidentification, or perhaps a true bizarre phenomenon at work.