Skip to content
For decades our skies have been haunted by the various, unexplainable phenomena collectively known as UFOs, or also UAP (Unexplained Aerial Phenomena). Long considered by many to be of origins not of this earth, they display all manner of behaviors and maneuvers beyond any technology we now possess, moving in ways no known aircraft ever could possibly hope to acheive. Yet, what if they are not any sort of physical aircraft or alien spacecraft at all, but rather holograms and illusions designed to shock, awe, and confuse?

The idea that UFOs might be some form of holograms has its roots in a lot of the bizarre characteristics involved with many sightings. For instance, these objects are often seen doing incredible aerial acrobatics and maneuvers that would be impossible for any known aircraft to pull off and which often even seem to defy the laws of physics, as well as move, turn, or accelerate at phenomenal speeds. However, what if they were not an actual real physical objects at all, but rather some form of projection? If this were the case, then such maneuvers and speed would be fairly easy to pull off. Additionally, UFOs are often seen to change shape or vanish into thin air, and are usually described as moving about without any discernible method of propulsion, which are other strange features that could be because they are projected images rather than any physically present craft. 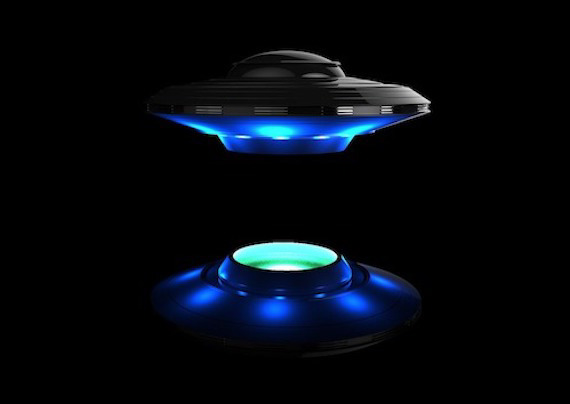 The idea is not totally far-fetched. The military has long pursued the use of holographic images on the battlefield to fool, manipulate, confuse and trick enemy forces through projecting these virtual images, and there are also applications for what are called PSYOPS, which seek to “exploit human vulnerabilities in enemy governments, militaries and populations.” One example of this is the so-called “Face of Allah” weapon, which is a theoretical weapon that would use giant mirrors and projectors to generate a massive, lifelike image of some deity over the battlefield in order to incite fear in enemy soldiers. As far as we know, such a weapon has not been actually developed yet and is beyond our current technological capabilities, but it has definitely been looked into by the military for some time, and is even rumored to have been used during the Iraq War. Bill Arkin, military analyst and author of The U.S. Military Online, was talking about this all the way back in 1999, writing in The Washington Post:

What if the U.S. projected a holographic image of Allah floating over Baghdad urging the Iraqi people and Army to rise up against Saddam, a senior Air Force officer asked in 1990. According to a military physicist given the task of looking into the hologram idea, the feasibility had been established of projecting large, three-dimensional objects that appeared to float in the air. But doing so over the skies of Iraq? To project such a hologram over Baghdad on the order of several hundred feet, they calculated, would take a mirror more than a mile square in space, as well as huge projectors and power sources. And besides, investigators came back, what does Allah look like? The Gulf War hologram story might be dismissed were it not the case that washingtonpost.com has learned that a super-secret program was established in 1994 to pursue the very technology for PSYOPS application. The “Holographic Projector” is described in a classified Air Force document as a system to “project information power from space for special operations deception missions.”

With regards to UFOs, it is speculated that the enemy could be developing this technology for the purpose of projecting these objects to disrupt military flight systems, confuse pilots or ground forces, or create awe and fear. It could also be a way to put an enemy government on a state of high alert or unease, which seems to be working if that is really what’s going on. In recent years there has been a swift uptick in the number of sightings of UFOs, or what the military prefers to call UAP (Unidentified Aerial Phenomena) by military forces, and the Pentagon has gone on record stating that several videos taken by military pilots are indeed authentic and unexplainable. It has created concerns of threats to national security, to the point that there has been a Congressional hearing on UAP, an official government report written, and even a task force created to coordinate data collection efforts with regards to these phenomena, and the Department of Defense has reviewed more than 150 credible reports and videos that have no clear explanation. Scott Bray, the Deputy Director of Naval Intelligence, has said of it:

We’ve seen an increasing number of unauthorized and or unidentified aircraft or objects in military control training areas and training ranges and other designated airspace. Reports of sightings are frequent and continuous. Navy and Air Force crews now have step-by-step procedures for reporting UAPs on their kneeboard, in the cockpit. The inability to understand objects in our sensitive operating areas is tantamount to intelligence failure that we certainly want to avoid. 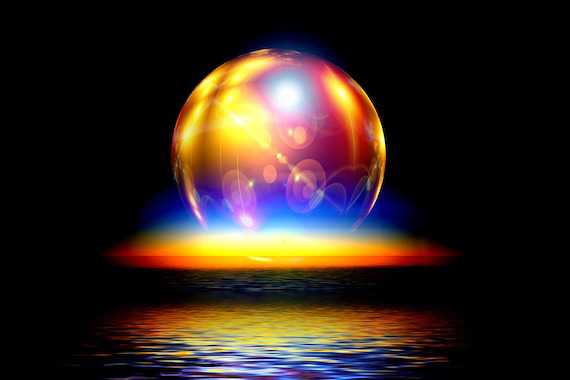 Keeping an enemy government on its toes like this and creating fear of the unknown and confusion would be a very real application for the use of holographic UFOs, and could be done without even putting any aircraft in the sky at all. In combat situations, these projections could confuse or frighten pilots or ground forces by making them see “UFOs” that would not only shock and confuse, but also interfere with flight systems and distract in combat situations. Legal analyst, and investigative reporter Jeffrey Scott Shapiro believes that many reports of UAP are indeed the result of holographic technology developed by China or Russia, and has explained of these applications:

UFOs may be earthly — and dangerous. I think it is a serious threat because these technologies were designed to possibly confuse our fighter pilots during combat aviation situations. So that if a pilot is flying in the sky, and they see possible enemy aircraft, the enemy aircraft could possibly have other images beside them so that our pilots can’t actually tell what the real target is. And because this technology appears to be able to show up on different sensors, not only infrared but radar, it’s quite possible our pilots would not be able to tell which target is the real one. They may inadvertently fire a heat-seeking sidewinder missile at what is actually a hologram of an aircraft or a UFO, instead of an actual target firing on us.

Indeed, the U.S. military itself has researched, developed, and patented laser-plasma technology for the purpose of creating “laser-induced plasma that acts as a decoy for an incoming threat to the air vehicle.” The elaborate system creates a series of mid-air plasma columns, which form 2D or 3D images through a method called “raster scanning,” which is basically very similar to how old-fashioned cathode ray TVs sets display a picture. The idea is to use these projected images as decoys and distractions as a way to provide protection from incoming missiles, but it could also be used to create ghost images or phantom targets to confuse enemy pilots as to how many aircraft are present and which is a real target, or even make them think they are seeing aliens from outer space. These decoys can be projected for a long period of time, can be created instantly at any desired distance from the aircraft, can be moved around at will, and are able to be tuned to emit light of any wavelength including visible, infrared, and ultraviolet. This technology was actually patented in 2018, and could easily be tweaked to the point that it is able to create realistic holographic images of UFOs or whatever the operator wanted the enemy to see, really, limited only by the imagination. Shapiro has said of this technology and how it might pertain to the UFO phenomenon:

There’s a patent for the space-enabled Warfare System Center Pacific where they are using laser-plasma technology to project holographic images that would project sort of a type of Unidentified Flying Object in the sky. And as you know, a lot of people, especially military personnel, are seeing these tic-tac-shaped or UFOs in the sky. But a lot of times, their appearance seems to be grainy. We don’t see where they land. We don’t see where they take off. And so, if there was a laser image projecting a hologram, that could not only explain those factors, it could also explain why a lot of these images seem to be able to move in a very erratic fashion that defies our laws of physics. 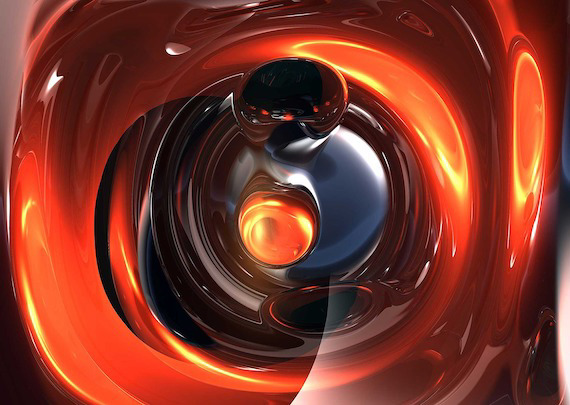 The U.S. Army has also experimented using quantum physics to create what is called “quantum ghost imaging” that will “allow commanders to put holographic soldiers on the field to confuse or intimidate enemies.” According to the site Fast Company:

Harnessing ghost imaging would allow the army to gin up images of people or vehicles on clouds of ambient smoke from a removed distance. The Army’s science and technology office is also working on developing interactive holograms of soldiers with low-level human intelligence, realistic dialogue and emotional expressiveness — essentially making possible entire working units of faux personnel and equipment that look, move and even sound like the real thing.

It would not be a huge jump to do the same thing with aircraft or UFOs, so is this perhaps already being done, and if so to what extent? It seems like the technology for acheiving such things is feasibly within our grasp and perhaps even being used already, but can it account for UFOs? The UFO phenomenon has been going on for decades and encompasses a wide ranging spectrum of various weirdness, so it seems unlikely that it could all be attributed to holograms and that it probably covers a range of different explanations including experimental aircraft, atmospheric phenomena, and yes, possibly even aliens. Yet, could some of these incidents and sightings be down to insidious and shadowy enemy governments orchestrating it all through advanced holographic technology? It remains to be seen.