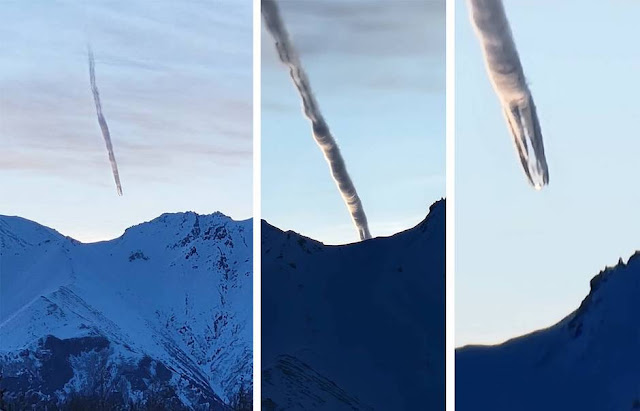 Guys, you gota check out the video I made below, I explain everything. A UFO was seen burning and falling slowly over Alaska at the Lazy mountain area. The object was depending slowly because one eyewitness said the photos were taken 45 seconds apart! Thats slow! Way too slow to be a meteor. If it was space junk, NASA would have alerted the public. Had it been a US hypersonic missile test, the US gov would admit to it, because they want to get in the news and frighten China and Russia with new weapons. 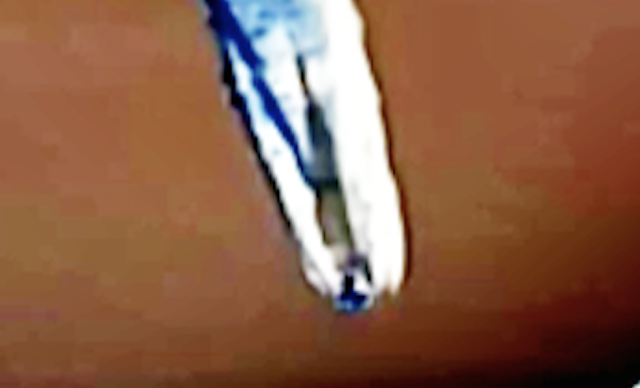 However, this is a UFO and I reveal it to you in the video below. The UFO was caught in some of the photos, so…let me show you a close up of it to prove that it was a damaged UFO depending into an entrance on the mountain to enter an underground alien base.
Scott C. Waring 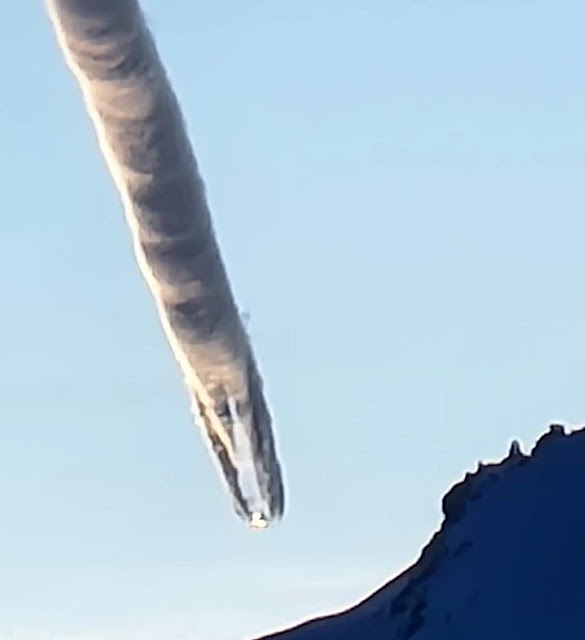 News states:
When Mattias Ahlvin walked out of his house in Palmer to start his car Thursday morning, he saw something unusual in the sky. “I looked up and I saw this strange — I mean, I would just call it a smoke column. It was a dark, gray streak across the sky that was going straight vertical,” he said. Ahlvin pulled out his phone, zoomed in, and snapped a few photos of what he saw. His first thought was that it was a plane, but what surprised him was the direction the streak or plane seemed to be headed. “It looked like it was going straight down,” he said. 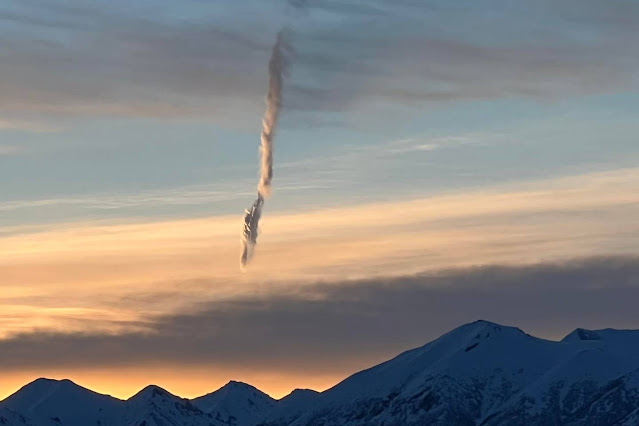 Law enforcement and a meteorologist with the National Weather Service say that what Ahlvin saw was likely a condensation trail from an airplane that was illuminated by the rising sun. Ahlvin reached out to Alaska State Troopers to share the images of what he saw just in case it was an aircraft in distress, and his wife, Elisabeth, posted the photos to a local Facebook page asking if anyone knew what it was. Others posted similar photos and speculated whether they were looking at a rocket launch, a meteor, a plane crash, a volcano or perhaps a military operation.