At the center of one of the most controversial conspiracy theory lies the notorious Apollo 20 miss along with the strange things it found on the far side of the Moon. In 1972, NASA shut down the Apollo Program. Budget cuts due to money being needed elsewhere the public losing its interest was the official explanation. But not everyone was convinced this wa truth.

Many conspiracy theorists became convinced the space program continued covertly and that Apo and 19 found evidence of extraterrestrial presence on the Moon, but Apollo 19 was lost due to a catastrophic collision. Despite running into problems as well, Apollo 20 succeeded in recovering alien technology as we humanoid female in suspended animation. 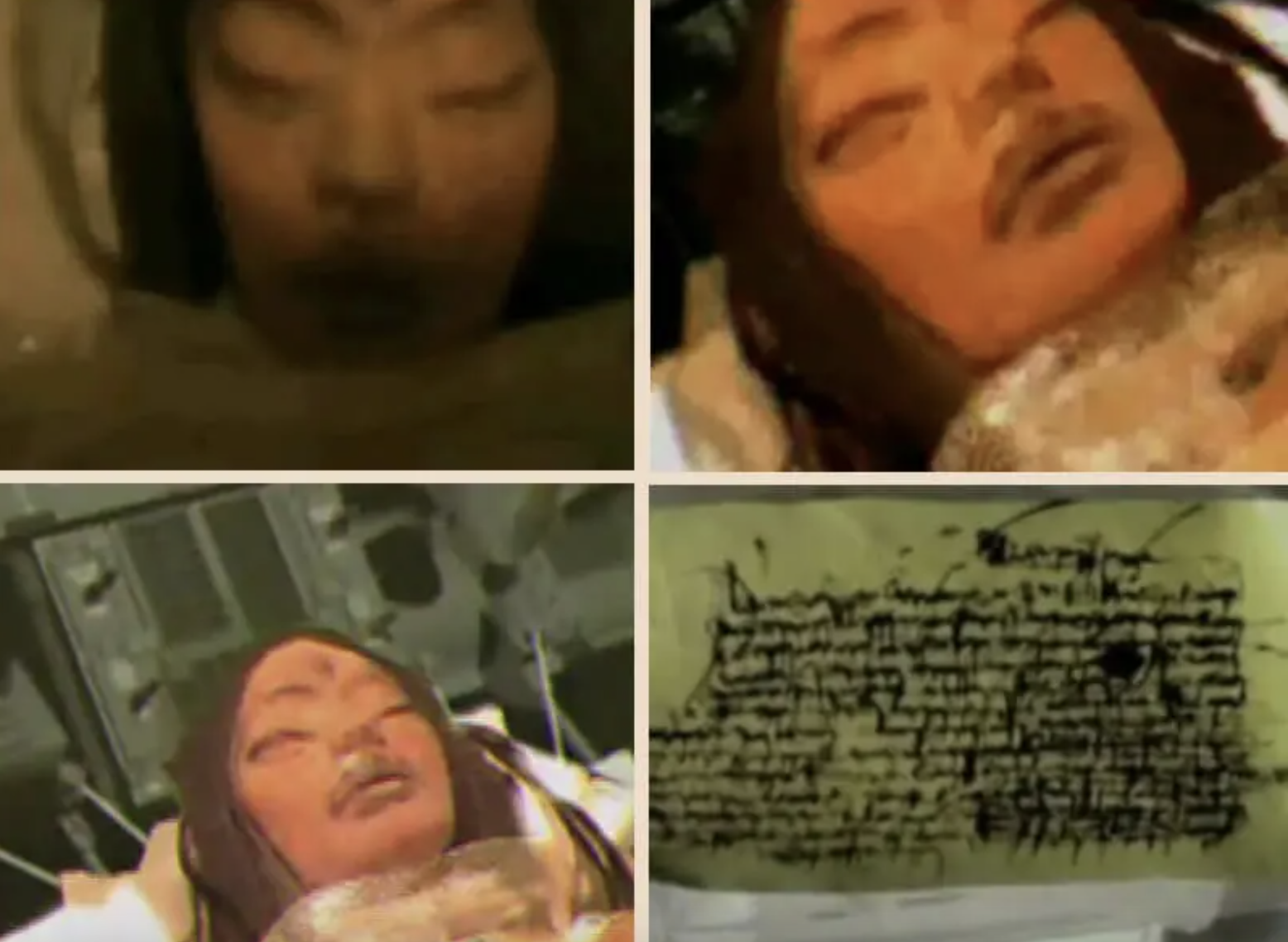 In 2007, several videos were posted on YouTube by William Rutledge, a man claiming to have bee of the Apollo 20 astronauts. Initially, he gave few details regarding the controversial videos showing long-deserted structures Moon and an alien-looking ‘girl’ inside a crashed giant spaceship. Fortunately, Italian researcher Luca Scantamburlo managed to contact Rutlegde and got more in the subject. When asked how he got involved with NASA, Rutledge responded: 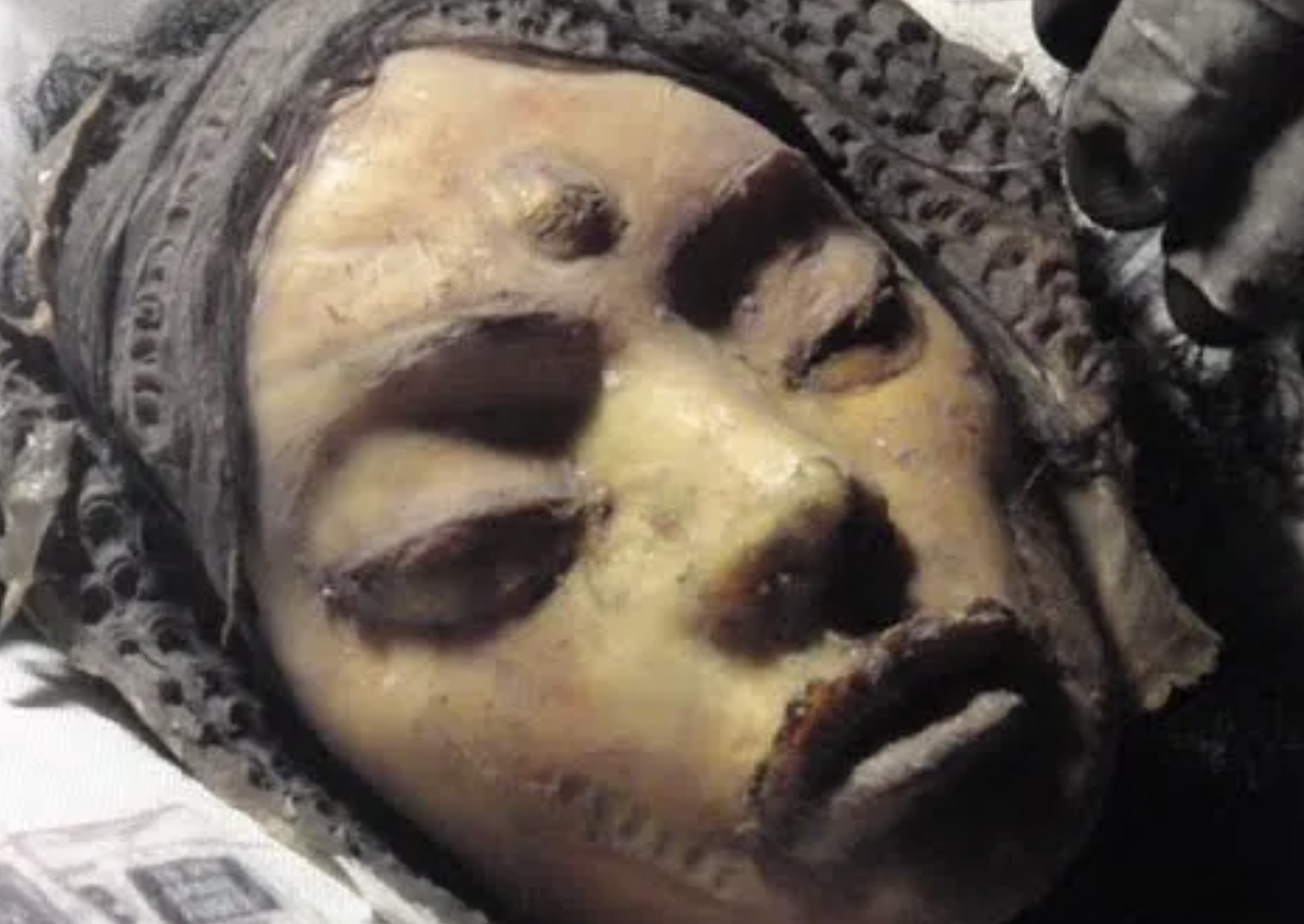 “NASA didn’t employ me, USAF did. I had worked on the study of foreign technology, Russian only. Studie about the N1 project, AJAX plane project, and the MIG Foxbat 25. I had some skills for using computer navigation and was a volunteer for the MOL-Gemini project. “USAF later recalled that I had been chosen for Apollo 20 because I was one of the rare pilots who didn’t believe in God (and it has changed since 1990), but it was a criterion in 1976. It was not the status of the NA astronauts. Not believing in God made the difference. That’s all.” 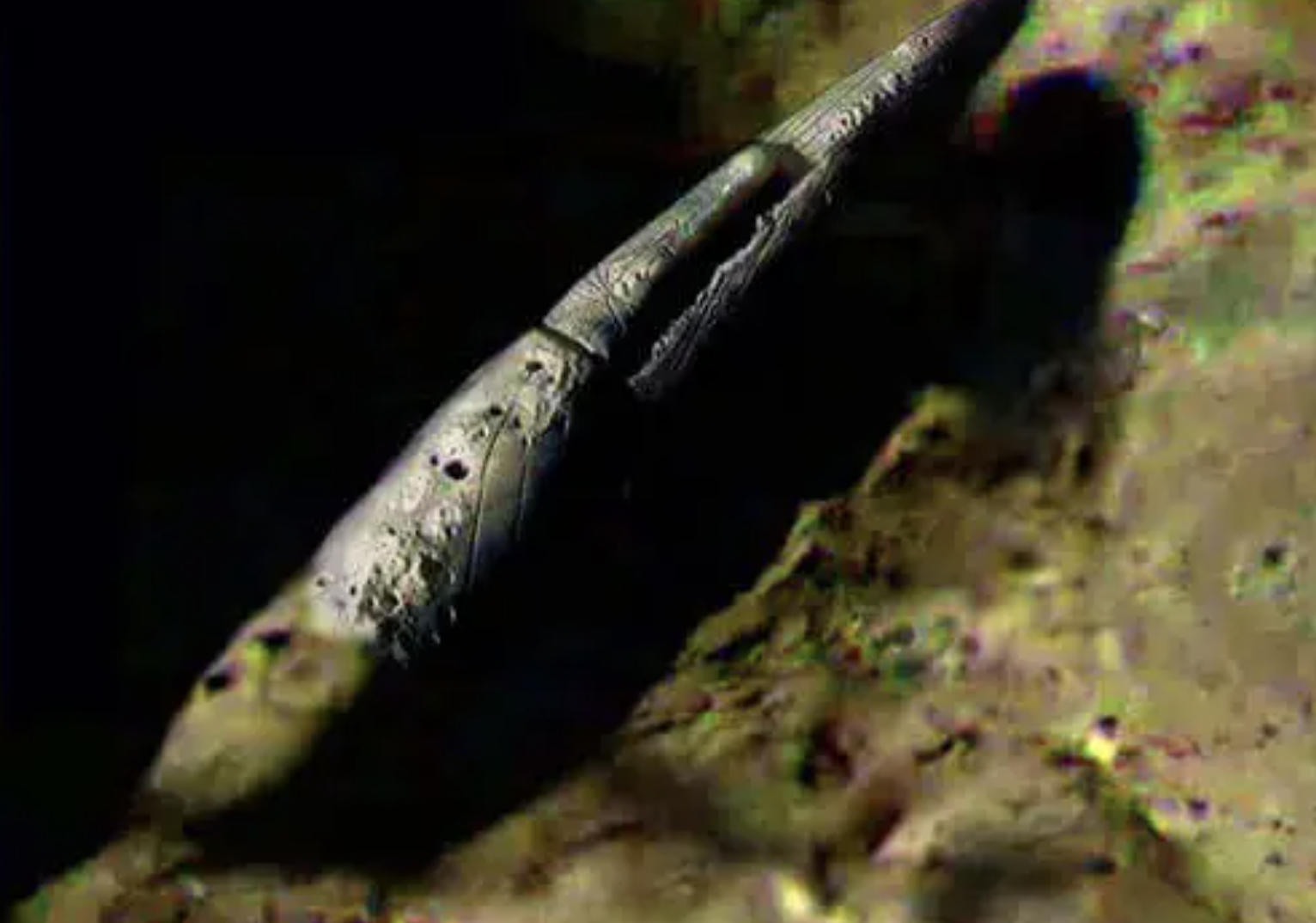 According to Rutlegde, Apollo 20 was launched in 1976, and was the result of a joint American-So venture

“I don’t know how, but the Soviets were informed of the presence of a ship on the far side. In July 199, Lun crashed just south of the nose of the [alien] ship. It was a probe similar to the Ranger or Lunar Orbiter. “They provided maps, precise charts of this area. The center of decision was located in the Urals, in the to Sverdlovsk. Chief of program was Professor Valentin Alekseyev, who later became president of the Ural Academy of Science. “Leonov [Alexei Leonov, Soviet cosmonaut] was primarily chosen because of his popularity in the staff of t leading Communist Party, and secondarily because he was on Apollo-Soyuz.” 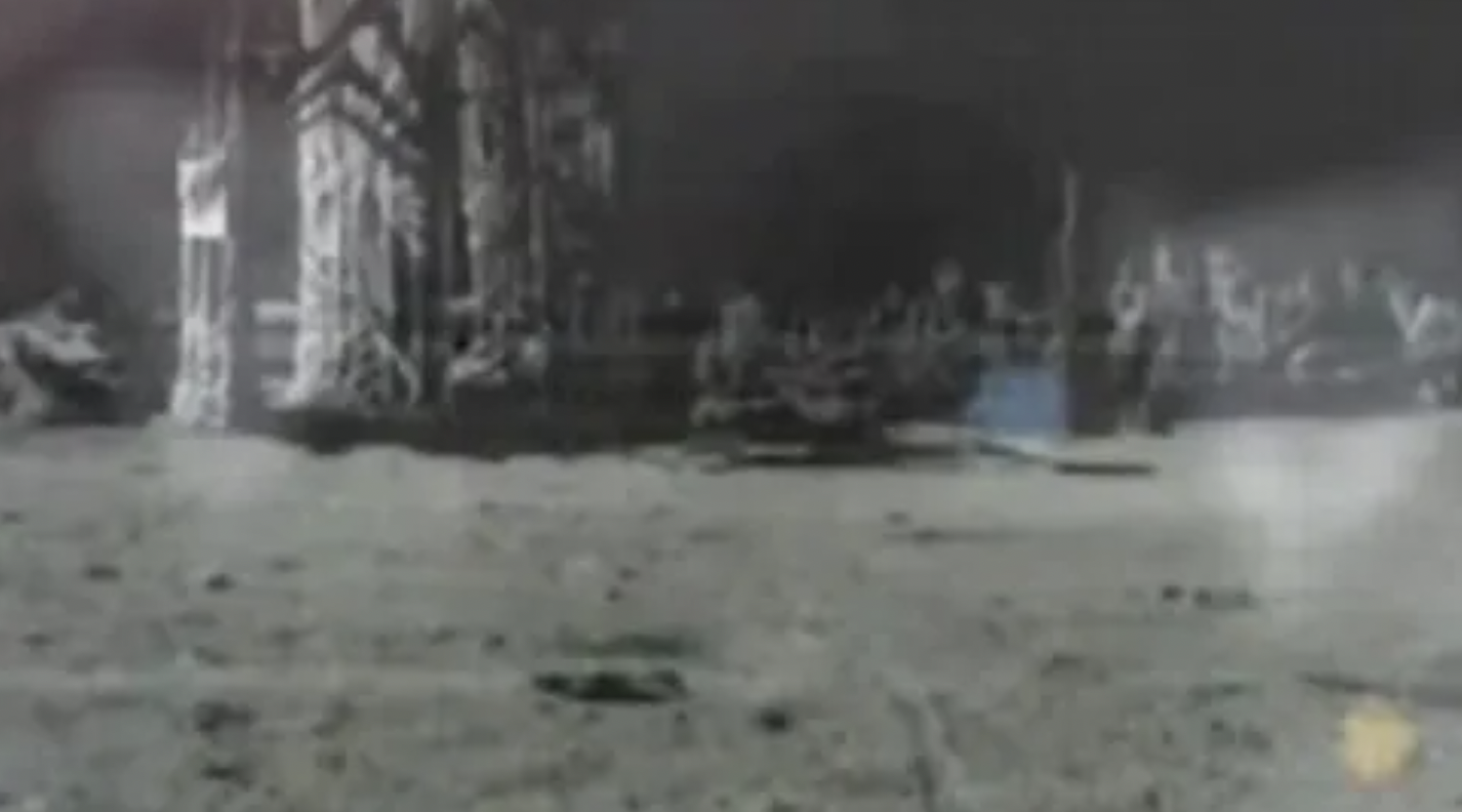 After a successful but not uneventful launch, the Apollo 20 crew headed for their destination on th side of the Moon, a small area in the Delporte-Izsak region, close to the Tsiolkovsky crater.

Not far from it was another, smaller ship as well as what appeared to be a very old city.

“The ‘Moon City’ was named on Earth and referred to as Station One, but it appeared to be really space garbage, full of scrap, gold parts, and only one construction seemed intact. We named it the Cathedral. “We took shots of pieces of metal, of every part bearing calligraphy, exposed to the sun. The city seemed t as old as the ship, but it is a very tiny place. In the rover video, the telephotolens make the artifacts seem larger.”

Their next destination was the derelict spaceship:

“We went inside the big spaceship, also into a triangular one. The major conclusions of the exploration we was a mothership, very old, that crossed the universe at least a billion years ago. “There were many signs of biology inside, old remains of vegetation in a motor section, special triangular that emitted ‘tears’ of a yellow liquid with special properties, and, of course, signs of extrasolar creatures. “We found remains of little bodies (4 inches long) that lived and died in a network of glass tubes all along ship, but the major discovery was that of two humanoid bodies, one intact.”

The intact humanoid body was dubbed Mona Lisa and Rutledge described her as being in a state suspended animation, neither dead nor alive. She was brought back to the Lunar Module for preliminary inspection.

She was brought back to the Lunar Module for preliminary inspection.

“Mona Lisa? I don’t remember who named the girl, Leonov or me — was the intact EBE [Extraterrestrial Biological Entity]. Humanoid, female, 165 centimeters (5’5″). Genitalized, haired, six fingers (we guess their mathematics are based on 12). “Function: pilot, piloting device fixed to fingers and eyes, no clothes. We had to cut two cables connected to the nose. No nostrils. Leonov removed the eye device (you’ll see that in the video). “Concretions of blood or biological liquid erupted and froze from the mouth, nose, eyes and some parts of the body. Other parts were in unusually good condition (hair) and the skin was protected by a thin transparent film. “As we told mission control, condition seemed not dead, not alive. We had no medical background or experience, but Leonov and I devised a test; we fixed our bio equipment on the EBE, and telemetry received by mission control meds was positive. “But that’s another story. Some parts could seem unbelievable now, and I prefer to tell the whole story when other videos will be online.”

“We found a second body, destroyed, and we brought the head on board. Color of the skin was blue-gray, a pastel blue. Skin had some strange details above the eyes and at the front, a strap went around the head, wearing no inscription.”

Rutledge mentioned nothing about their return to Earth or what happened to Mona Lisa. When asked if he feared his statements might have consequences, Rutledge said: William Rutledge is 78 years old and currently living in Rwanda. Due to his age, he says he no longer feels threatened by the secrecy he was sworn to at the time of the mission. He also stated that it’s not up to NASA or anyone for that matter to keep things of this magnitude hidden from the rest of the world. “We found a second body, destroyed, and we brought the head on board. Color of the skin was blue-gray, a pastel blue. Skin had some strange details above the eyes and at the front, a strap went around the head, wearing no inscription.” “She is on Earth and she is not dead,” he told Scantamburlo